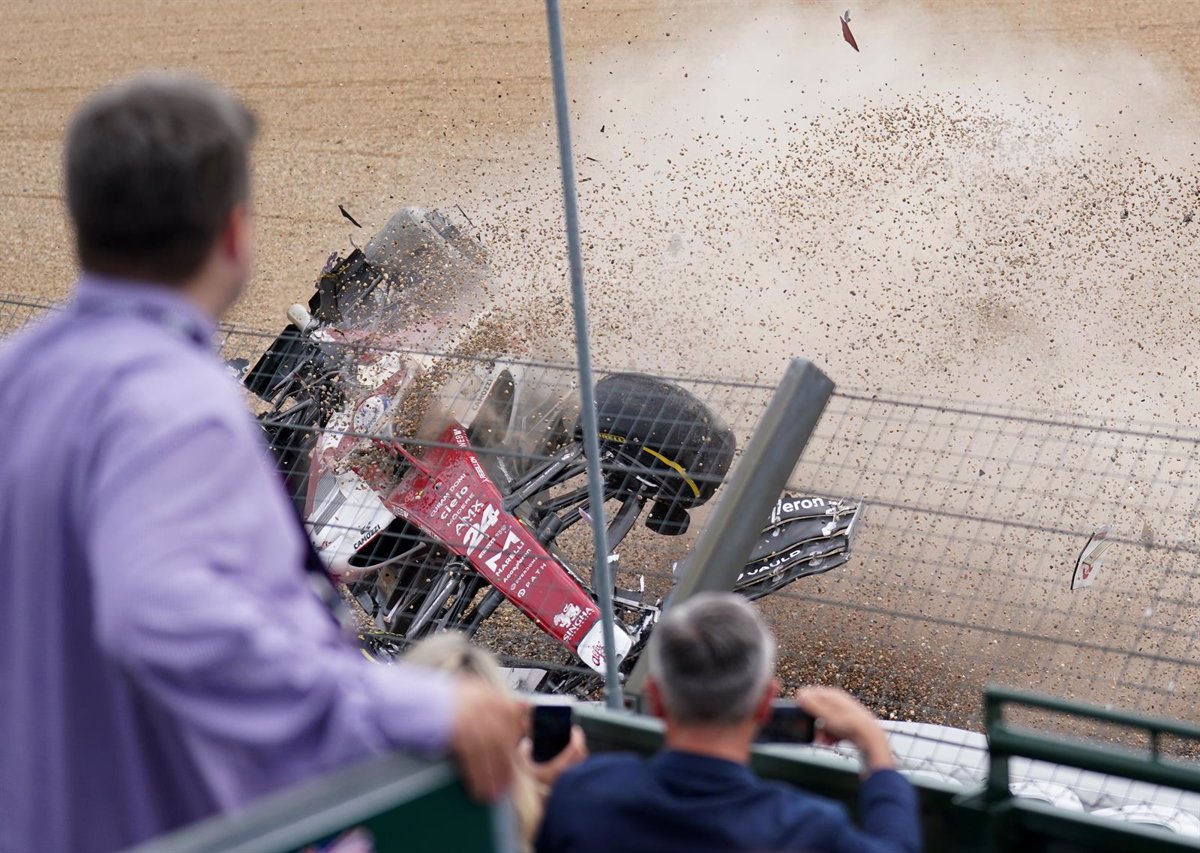 Chinese driver Guanyu Zhou will return to his Alfa Romeo for next weekend’s Austrian Grand Prix, just five days after he was involved in one of the most spectacular crashes in F1 in recent memory.

The 23-year-old rookie revealed he is “more eager than ever” to get back behind the wheel of his car after emerging unscathed from a horrific first-corner crash at Silverstone.

Zhou was eventually pinned between the row of tires and a metal fence after his car overturned and lost control at more than 250 km/h after hitting Briton George Russell’s (Mercedes) single-seater.

But after he was pulled from a wrecked car and taken to the on-track medical center, the FIA ​​declared Zhou medically fit. He is not expected to undergo any further tests to prove he is ready to compete next weekend.

“Hello everyone and thanks for all the nice messages,” Zhou tweeted Monday. “I would like to thank the stewards and medical team at Silverstone, they have been really fantastic. I’m looking forward to getting back on track more than ever. See you in Austria,” he added.

Numerous videos posted to social media by shocked fans in the Abbey grandstand captured the force of the crash. Zhou’s mishap marked an explosive start to the Silverstone race, which also saw five people storm the track; The protesters from the Just Stop Oil group had regular tickets.

Former England striker Gary Lineker supported climate activists arrested by police. “If it’s not too late, history will look back on these people very favorably,” he tweeted.

Former pilot Martin Brundle replied to his post. “Gary, please don’t encourage this inconsiderate behavior. They would have shattered into 100 pieces and the fans, operators and pilots would have been at total risk of injury and death. We already had a happy ending. I support this 100% freedom of speech and expression, but I do it responsibly,” he said.