Zelenskyy thanks the US for banning Russian oil imports 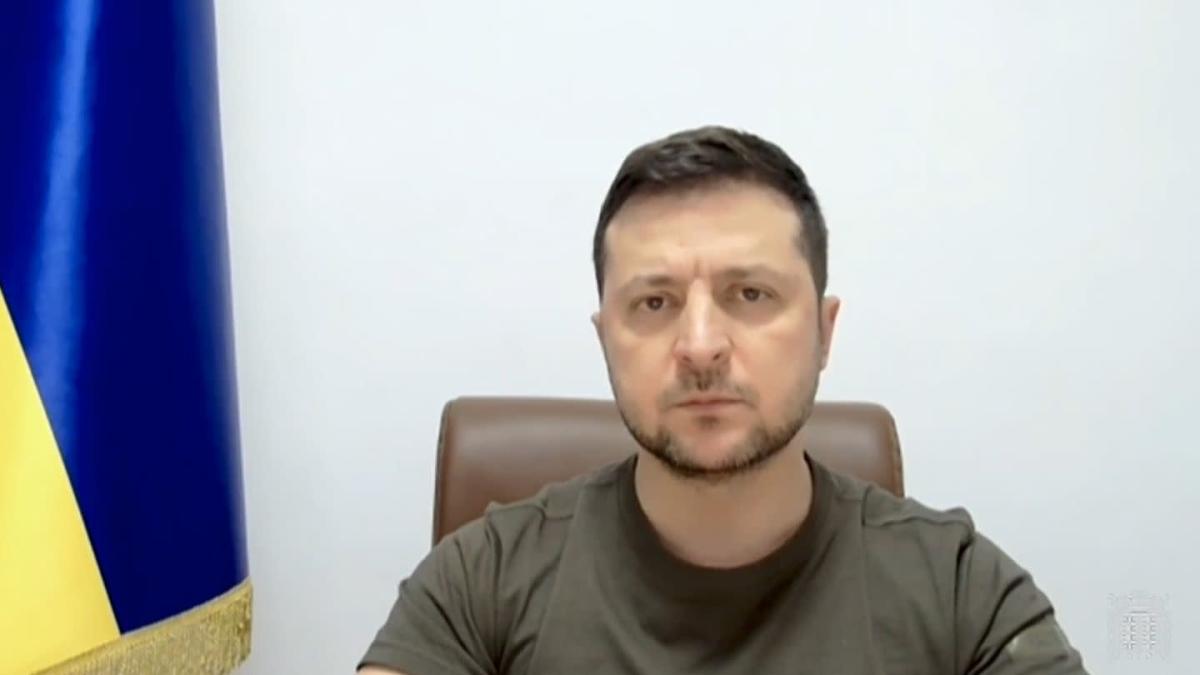 “I am personally grateful to President (Joe) Biden for this decision. Every penny paid to Russia turns into bullets and missiles flying to other sovereign states,” he said in a video message posted late at night.

In response to the Russian war of aggression against Ukraine, US President Biden signed a corresponding decree: “This means that Russian oil will no longer be accepted in US ports and the Americans will deal another heavy blow to Putin’s war machine” said with a view to Russian President Vladimir Putin.

Britain also announced that it would stop importing Russian oil from the end of 2022. Zelenskyy also thanked British Prime Minister Boris Johnson for the move. “The world does not believe in the future of Russia.”

Biden said in a brief appearance at the White House that the import ban had been agreed upon with Congress and European allies. But he knows “that many of our European allies and partners may not be able to join us.” He added: “We are working closely with Europe and our partners to develop a long-term strategy that will also reduce their dependence on Russian energy.”

According to a high-ranking US government official, the import ban will immediately ban new supply contracts and a 45-day transition period will apply to old contracts. Biden’s injunction also bars US citizens from investing directly in Russia’s energy sector or engaging in foreign investment in the field.

Russia expects the ban on importing Russian crude oil to have global repercussions. “It is obvious that giving up our resources will also cause significant fluctuations in world energy markets. It will negatively affect the interests of businesses and consumers, especially in the United States itself,” the Russian embassy in Washington wrote on Facebook. “The pressure of US sanctions on Russia has long since exceeded the limits of political and economic reason.”

Great Britain also wants to do without

According to Finance Minister Kwasi Kwarteng, Russian oil currently accounts for eight percent of British demand. Britain will stop importing Russian oil by the end of the year and cut import volumes by then, Kwarteng wrote on Twitter.

“Britain is less dependent [als europäische Verbündete]but of course we have diesel that comes from Russia and we can’t change it overnight,” Prime Minister Johnson said. We will get rid of it though, in a way that doesn’t affect business and industry. Russia’s gas imports are not initially affected by the British plans.

US government under sanctions pressure

According to the White House, the US import ban extends to crude oil and certain petroleum products, as well as liquefied gas and coal from Russia. However, the US produces most of its gas itself and Russia plays no role in imports. Coal is imported from Russia, but only in small quantities.

EU circles said the US move was closely coordinated with the EU. It is in the interest of the Americans that not everyone else does the same, because otherwise the price of non-Russian oil would continue to rise.

Due to the war in Ukraine, the US government has come under pressure in recent days, including from Congress, to add a Russian oil import ban to punitive measures already imposed. However, the government is concerned about gasoline prices, which have been exacerbated by the war. On Tuesday, the price in the United States was higher than ever: according to the AAA automobile club, a gallon (almost 3.8 liters) of normal gasoline cost a national average of 4.17 dollars (3.83 euros).

“Today’s decision comes at a cost here at home,” Biden said. Referring to Russian President Vladimir Putin, he said: “I will do everything to minimize Putin’s price gouging here at home.”