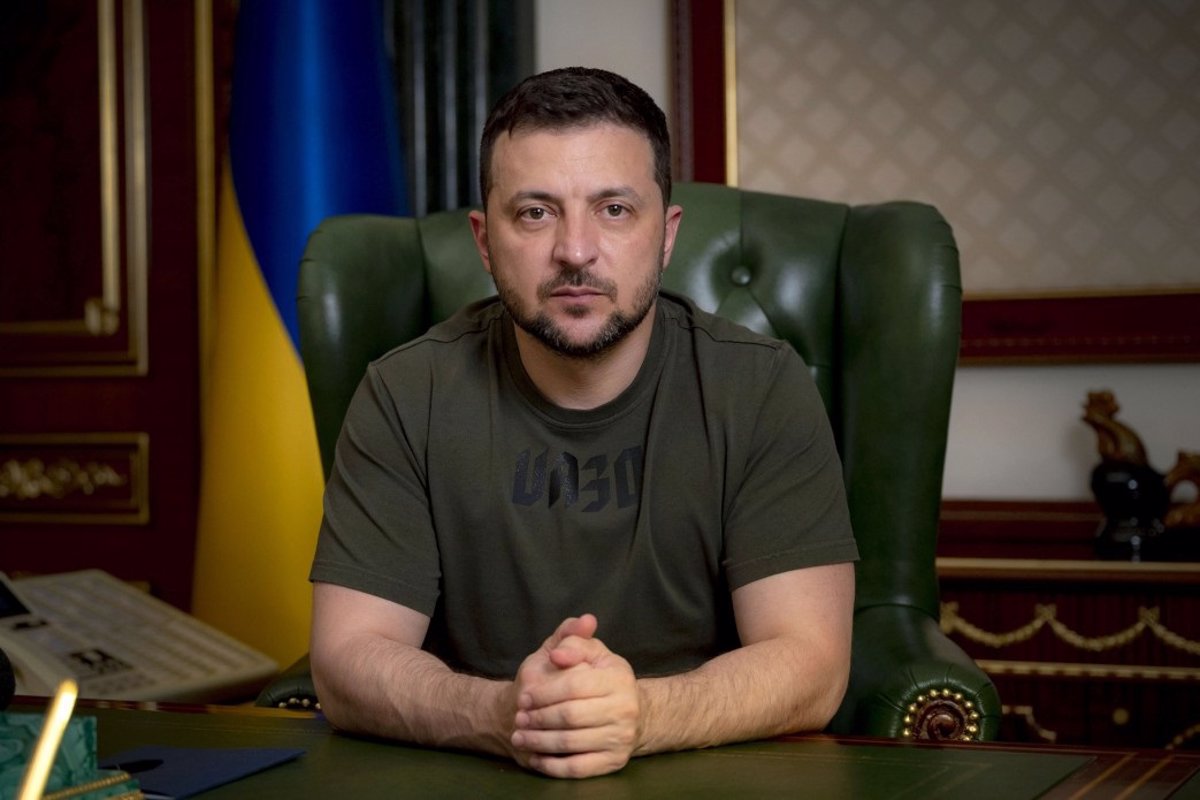 With the signing of the document, which according to Zelenskyj is “comparable to the ratification of an application for admission to the EU”, “full membership” in the community bloc is to be achieved.

“We worked 115 days and our path to the EU must not take decades. We must go this way as soon as possible. It is up to us. We must do what is necessary to make it easier for our friends in the EU to make the EU and another historic decision,” the Ukrainian President said after the signing.

On June 23, the leaders of the European Union granted Ukraine candidate status for joining the bloc. Stefanchuk has since argued that European integration requires the Verkhovna Rada to enforce hundreds of laws.

On the same Friday, in a speech from the plenary hall next to a European Union flag, Zelenski called on everyone in the country to “prepare the state for the start of negotiations as intensively as the candidacy was prepared” in order to join the Community Club.

This flag, Zelenskyy said, will remain in the Verkhovna Rada “not as a nice gesture,” but as a “symbol” of Ukraine’s determination to move forward without delay in the European perspective and to take the necessary decisions to move closer to the EU “too.” if they are not applauded by everyone”.

Ukraine’s parliament also observed a minute’s silence as a mark of respect for the victims of Vladimir Putin’s government’s recent attack in the Odessa region (southern Ukraine) last night, which left at least 18 dead and 31 wounded.