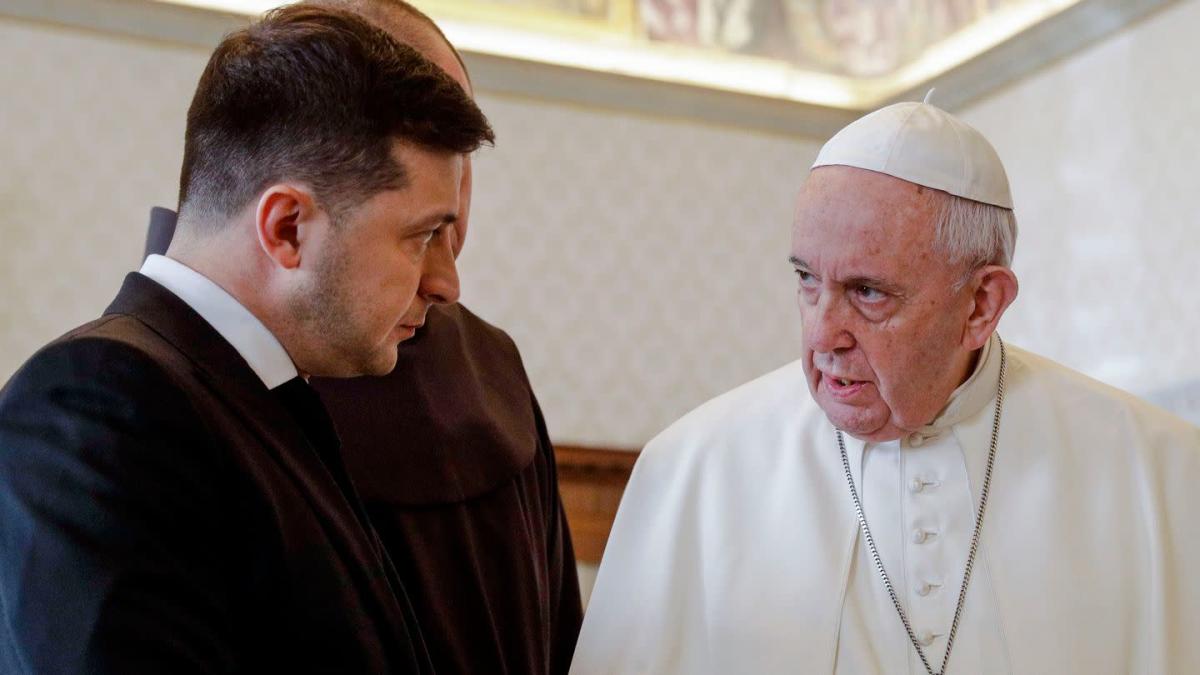 kyiv/Rome (AP) – The President of Ukraine, Volodymyr Zelenskyj, has invited Pope Francis to visit Ukraine. Selenskyj reported that in the video he went overnight through a phone call with the pontiff.

“I spoke with the Pope about the search for peace in Ukraine, about the atrocities of the occupiers and about the humanitarian corridors for the besieged cities,” Zelenskyy said.

On this occasion he invited the Pope to visit Ukraine. “I think we can organize this important visit that would support us all equally.”

The mayor of kyiv, Vitali Klitschko, had previously invited the head of the Catholic Church to the capital of the conflicting Ukraine. In the letter, dated March 8, Klitschko expresses his hope that a visit by world religious leaders to kyiv “will be the key to saving lives and paving the way for peace in our city, the country and beyond.”

So far there has been no information about a possible response from the Vatican to the invitations.

Already on March 5, the brothers Vitali and Wladimir Klitschko invited the world’s spiritual leaders – including the Pope, the Dalai Lama, the Chief Rabbi of Israel David Baruch Lau and the Orthodox Patriarch of Moscow, Cyril – to kyiv in a message video to make a peace sign.