Zelenskyj: Imagine 14,000 corpses in the stadium 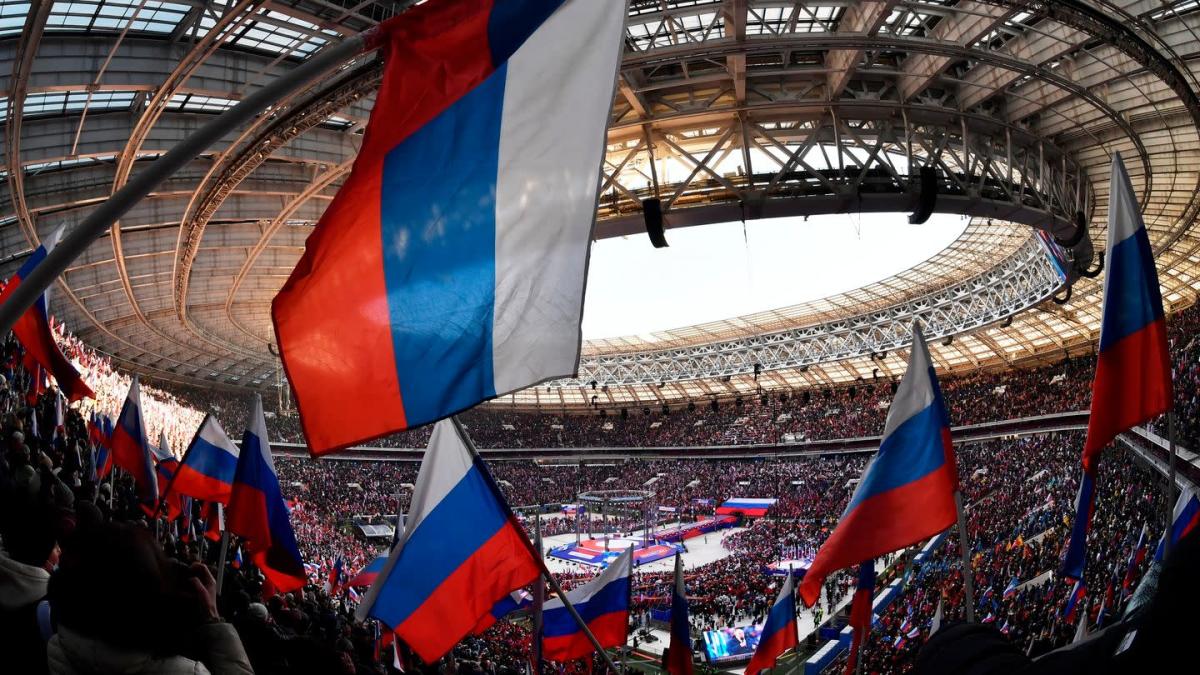 kyiv (dpa) – Ukrainian President Volodymyr Zelenskyj refuted the appearance of the head of the Kremlin, Vladimir Putin, at the Luzhniki stadium in Moscow with a comparison of the figures of the Russian army’s invasion of Ukraine.

Almost 100,000 people in front of the stadium and 95,000 people in the arena itself – this roughly corresponds to the number of Russian soldiers who invaded Ukraine, Selenskyj said in a video address on Saturday morning. “And now imagine 14,000 bodies in this stadium, plus tens of thousands of injured and maimed.” This corresponds to the losses of the Russian side since the beginning of the war.

Selenskyj used these figures, which cannot be independently verified, as an opportunity to once again demand an immediate cessation of hostilities. “The war must end, Ukraine’s proposals are on the table,” he was quoted as saying by Ukrajinska Pravda.

On Friday, in his first public appearance since invading Ukraine, Putin praised the Russian military for its “heroic” efforts. All plans will be implemented, Putin said in a speech before tens of thousands of people at the Luzhniki Stadium. The performance caused a stir, especially since the broadcast on state television was suddenly interrupted. Technical problems were later claimed.

The reason for Putin’s appearance was the eighth anniversary of Russia’s annexation of the Black Sea peninsula of Crimea on March 18, 2014.