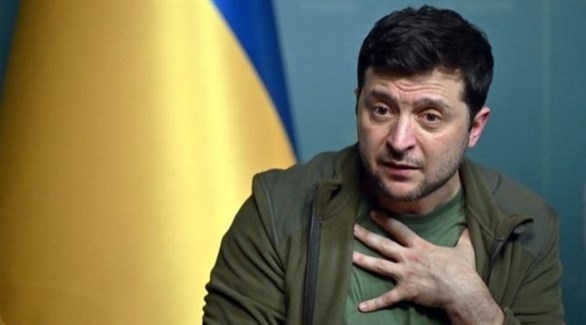 Ukrainian President Volodymyr Zelensky will address French deputies next Wednesday at 15:00 GMT with a speech live via video link, the Presidency of the National Assembly announced in a statement on Friday.

“All the peoples of Europe and their parliamentary assemblies are concerned about the war situation facing the Ukrainian people,” the statement said.

And Zelensky previously addressed MEPs by video on March 1, then the British Parliament, Canadian MPs, the US Congress and the German House of Representatives. He will address the Israeli parliament on Sunday.

The statement says that the National Assembly headed by Richard Ferrand will receive the President of the Republic of Ukraine “on Wednesday” “within its line of action” so far.

On February 25, the day after the start of the Russian invasion of Ukraine, a message from French President Emmanuel Macron was read before the National Assembly and the Senate, according to a rare mechanism included in Article 18 of the French Constitution. On March 1, a debate was organized following an announcement by the Government.

The Defense Committee of the National Assembly organized hearings despite the suspension of Parliament’s work in the run-up to the French presidential elections.

On Thursday, Zelensky called on the West to help “stop this war” at a time when the Russian military offensive continues, despite continued negotiations between the two sides.

On Thursday, NATO will organize an extraordinary summit dedicated to the war in Ukraine, in which the US president, Joe Biden, will attend Brussels on this occasion.