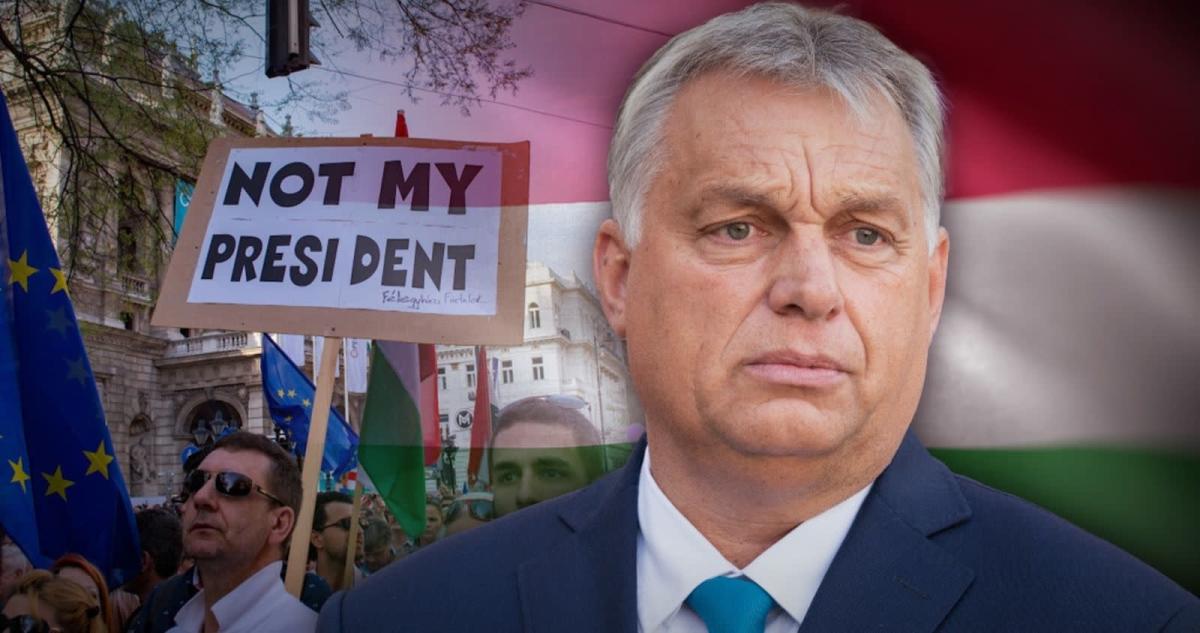 In the Ukraine war, Hungarian Prime Minister and former Putin friend Viktor Orbán has proven surprisingly helpful to those on the run, condemning the Russian aggressor. Just a ploy to stay in power in the next election? – A ZDF documentary examines Orbán’s system.

Parliamentary elections will take place in Hungary on April 3, 2022. For the first time in twelve years, the opposition is working together against Prime Minister Viktor Orbán and, despite clear competitive disadvantages in terms of media power , could win. For the ZDF documentary “Hungary: Propaganda against press freedom” – to be seen on ZDFinfo on Saturday, March 26 at 8:15 p.m., as well as on ZDF Mediathek – the author Bence Máté often secretly accompanied young journalists critics of the state propaganda of their country to express. The 45-minute documentary features exclusive recordings and documents coming directly from the state media headquarters and showing how the Prime Minister’s cabinet office controls and controls the media landscape.

The film vividly explains how the country at the heart of the EU transformed from a promising young democracy into an authoritarian regime that became what it is today by restricting press freedom. 80 percent of the Hungarian media are now in state hands and are controlled by the ministries in their day-to-day activities.

Orbán’s ruling party, Fidesz, began the adventure of post-communist Hungarian democracy in the early 1990s as a small liberal party of young intellectuals. What has happened since then? Back then, two childhood friends ruled the party: Viktor Orbán steered the political course, Lajos Simicska took care of the money, building a corporate empire around Fidesz since the early 1990s. During this time, Orbán and his party became increasingly more conservative and became prime minister in 1998.

2015: A turning point for democracy in Hungary

From then on, government contracts, and with them a huge amount of money, flowed to Simicska, who soon became a billionaire. In 2002, however, Fidesz unexpectedly lost the elections. At the time, Orbán identified the lack of media support as the reason for the defeat. An assessment Orbán’s critics still share to this day, as the Hungarian journalistic establishment was based on left-liberal values ​​at the time, according to the film. From then on, Simicska, Orbán and Fidesz invested much of their money in media companies, which brought them electoral victory in 2010. The dismantling of democratic institutions began with a two-thirds majority in Parliament. The public radio and television system was also given a completely new staff and structures faithful to the line.

In 2015, Orbán fell out with Simicska, whose media empire turned against the government thereafter. “Until 2015, Orbán had entrusted everything to a person who betrayed him,” says a critical Hungarian journalist in the documentary. “He didn’t want that again. Instead of one person, he distributed the funds to several loyal oligarchs.” They allowed their private media companies to be pooled into a government-related foundation. “Several dozen media moguls decided in one day that they would donate their multi-million dollar media companies to this foundation to help the nation prosper,” the documentary says. An act of media alignment that is unprecedented in the EU.

The “Central European Press and Media Foundation” owns 476 newspapers, websites, radio and television stations. There is a central editorial office for political content. In the new Hungary, journalists are told what their reports and texts should look like every day. For example, during the 2015 refugee crisis, Hungarian television was not allowed to show fleeing children because they aroused sympathy. Only “young people who want to invade Europe” should be shown, according to a protagonist of a film about the new agenda of state television from 2015. “I should look for stories of migrants. I had to denounce that they bring with them diseases that we have.” It’s been a long time since I’ve been here anymore, I should find a doctor to confirm it,” says one of the journalists who worked for state television and who spoke in the documentary.

Another says: “You were not allowed to write anything negative about Russia. We got along with Vladimir Putin. We had to pretend that Russia had a perfect democracy.” At least 300 people were spied on with Israeli Pegasus spyware on behalf of the government between 2018 and early 2022. Among them are many investigative journalists and photographers, especially those working on explosive political revelations.

And how is the EU reacting? Orbán was allowed to do this for a long time, especially under Merkel. Like the CDU/CSU, the Hungarian Fidesz party was part of the European People’s Party (EPP), the conservative bloc in the European Parliament. There are also close economic ties between Germany and Hungary. According to one of the Hungarian journalists, “German export quotas to Poland and Hungary are higher than those to France.” There are close ties between the German auto industry and Hungary due to the production facilities: Hungary offers cheap labor, flexible unions, and tax breaks, in addition to direct government subsidies. “There are years when German companies in Hungary receive more subsidies than Hungarian industry itself,” says one of the film’s protagonists, and expresses a provocative follow-up thesis: “The German elite is not interested in any form of opposition the Orbán government to take action”.