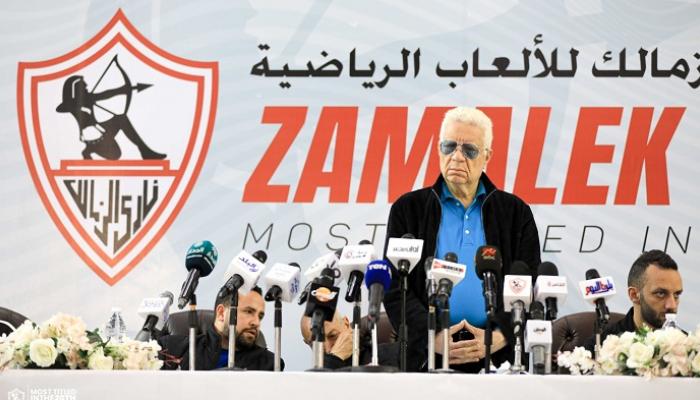 The price of the dollar in Egypt experienced a huge jump during the last two days, which caused a huge wave of high prices and major crises in all fields, including sports stores.

The price of the dollar in Egypt was stable at 15.74 pounds during the last period until last Sunday, before the Central Bank of Egypt imposed new measures, which shot the price to 18.54 pounds at the close of trading on the Tuesday.

Consequently, the Zamalek Club announced, through its president, Mortada Mansour, in an official statement this Tuesday, the disbursement of an increase of 500 pounds in the salaries of the club’s workers and employees to face the wave of rises of prices.

The statement also stated that “a Ramadan grant of £300 will be given to all employees of the club.”

Zamalek’s official website indicated that this decision was made 4 days ago, as a contribution to these difficult conditions that the country is going through.

The Egyptian League championship is currently suspended due to the fact that the Egyptian team is linked to the Senegal matches on March 25 and 29 in the qualifiers for the 2022 World Cup.

The Zamalek team, led by coach Josefaldo Ferreira, takes advantage of the current international break, in preparation to face the Angolan Sagrada, scheduled for next April 1, in the sixth and final day of the Champions League groups. Africa.

The white team said goodbye to the Champions League, to dedicate themselves to competing at home for the Egyptian League and Cup titles.

Zamalek is third in the Egyptian league table, just 3 points behind its rival Al-Ahly, leader of the table, while the white team will play against Interior, in matchday 32 of the Egyptian Cup.

It also remains for Zamalek to face Aswan in last season’s Egyptian Cup semi-finals, the fate of which has yet to be determined.