you’re bored. Psychologists have figured out how to say 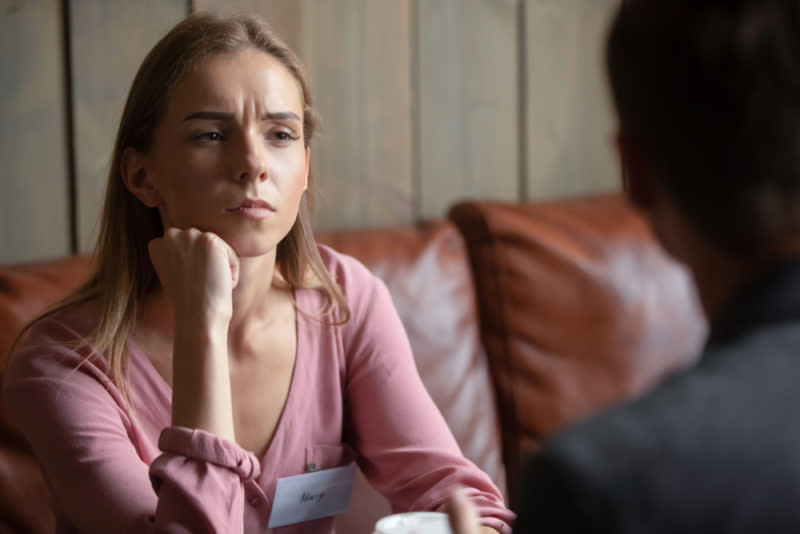 Nobody wants to be boring. One who is so pale, gray, and featureless that he becomes invisible among other people. One that no one liked to sit next to in school because it had a soporific effect, and that no one goes to lunch with at the office because everyone forgets them. “Perhaps the second worst crime in the world is boredom. The first is being boring,” British photographer, set designer and graphic artist Cecil Beaton is reported to have said.

But what exactly is it that makes a person boring? Psychologists from Great Britain asked the same question. In their study titled “Boring People: Stereotypical Characteristics, Interpersonal Attributions, and Social Reactions,” they took a hard look at whether people perceived as boring by others have certain things in common, such as the same job, the same hobbies, or the same properties.

In an earlier study, researchers found that bored people were what they called “negatively self-centered”: they complain a lot and show little interest in the other person. In addition, conversations with them are usually quite banal: on average, bored people talk less and less emotionally than others, but often on the same topics, and when they joke around, they always like to use the same ones.

In the new study, which was published in the Personality and Social Psychology Bulletin, researchers broke down what is typical of boredom in four steps. In a first study, they asked American subjects to make a list of stereotypical jobs, hobbies, and personal characteristics that they thought were typical of boring people. Subjects were asked to first think of people they found boring (“Jamie never has anything interesting to say”, “Al Gore talks really flat, no feeling”, “Ned Flanders from The Simpsons”) and then up to ten traits. of the list. or activities that associated them with drills.

In the second study, the researchers asked other subjects to rate how boring they found each category. Here is an example from the “Occupations” list: “A person works as a librarian. Please rate how boring you find it; 1 = not at all boring; 7 = extremely boring.” The researchers then ranked the characteristics, professions, and hobbies according to the “degree of boredom,” which resulted from the information provided by the test subjects on average.

Consequently, people who have no interests, who lack humor and who do not have an opinion of their own are perceived as boring. Among boring people’s hobbies, sleeping, religious activities, watching TV, observing animals, and math came out on top. And in the following list you can see the result of the jobs that boring people have very often: They work, for example, as data analysts, accountants or tax specialists.

In a third study, the researchers also found that people who had more stereotypically boring jobs, hobbies, and traits were also rated less affectionate and less competent in the interpersonal domain. And finally, as expected after all the previous results, the latest analysis by scientists found: People try to avoid boredom.

“Being boring is not a crime,” the researchers write dryly in conclusion. “However, our studies suggest that people who are stereotypically dull experience negative attributions of warmth and competence, face social disapproval, and test societal resistance.”

Previous articleThe price of the euro today in Egypt, Tuesday, March 29, 2022
Next articleEscape in Ukraine: A country on the move