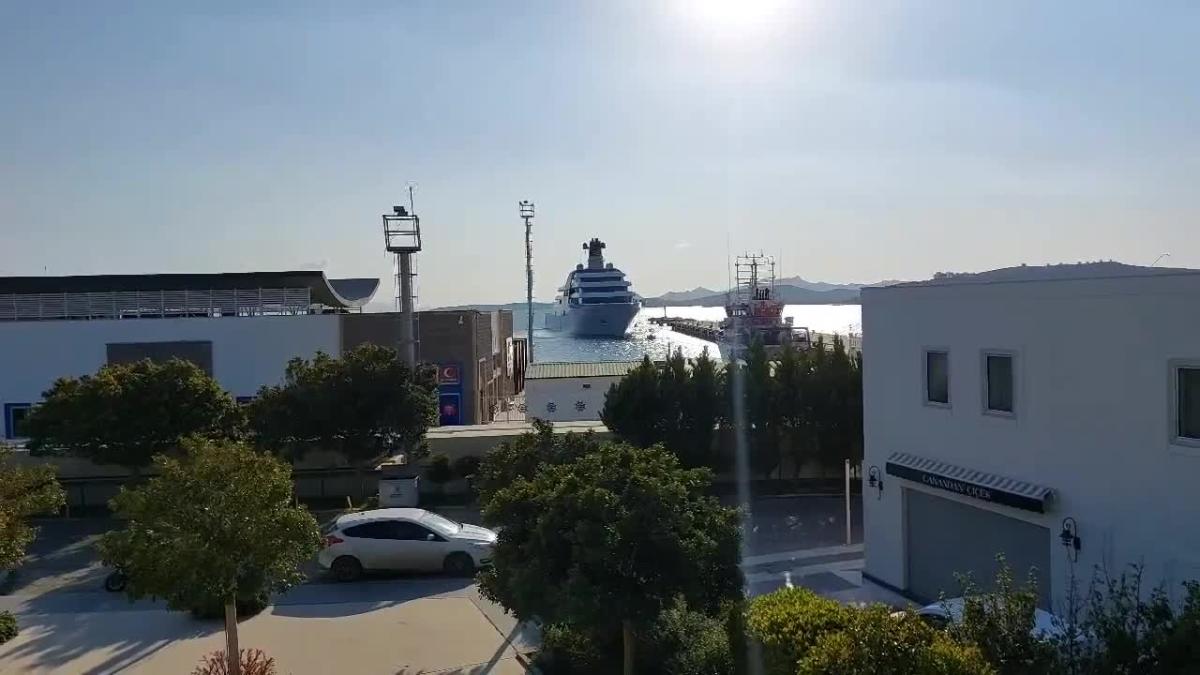 A group of Ukrainian protesters on a motor boat, most of them children, tried to block the docking of Russian billionaire Roman Abramovich’s 456-foot superyacht Solaris in the Turkish port city of Bodrum on Monday, March 21, according to local media.

The Solaris yacht, valued at $600 million, according to the SuperYachtFan website, was successfully docked after the activists were detained by authorities, the Turkish daily Sozcu reported.

A video of the blockade, which took place next to the Mantarburnu pier in Bodrum, shows the protest group waving Ukrainian flags adorned with the words “No War” from a relatively small boat positioned in front of Abramovich’s towering superyacht.

The footage was posted by Vyacheslav ‘Slava’ Madonich, a native of the Odessa region and coach of the Ukrainian youth sailing team who Turkish media said was involved in the protest.

Madonich confirmed on Facebook that 11 members of the Optimist Sailing Team Ukraine had organized the protest, saying it lasted 15 minutes before police intervened and detained the group. He added, however, that the police officers were “kind and understanding” and quickly released all members of the team. He later told Storyful that the team had been “well received” in Turkey.

Seven of the protesters were children, ages 9 to 14, and three were adults, Madonich said.

A few hours after the protest, Madonich posted photos on Facebook showing the team enjoying snacks and tea around a table. Madonich said one of the photos was taken by a police officer and said coast guard officers had joined the group at the table for a cup of tea.

There was no indication that Abramovich was on the yacht when it arrived in Bodrum, according to Reuters.

Abramovich, owner of the English soccer club Chelsea FC, was sanctioned by the United Kingdom and the European Union in early March following the Russian invasion of Ukraine. Since then, the Putin-linked oligarch had faced the threat of having his assets seized by UK or EU authorities.

His superyacht, Solaris, was built in 2021 by Germany’s Lloyd Werft shipyard and its exterior was designed by Marc Newson, an Australian-born designer based in London, according to information provided by the Superyacht Times and YachtCharterFleet.com websites.

The yacht can host up to 36 guests and contains “premium beauty and wellness services, including a beach club and sauna,” along with a “generous swimming pool,” according to YachtCharterFleet.com. Credit: Slava Madonich via Storyful