“You can be trans and toxic at the same time”: The new “Queer as Folk” is uncompromising, more diverse and more fluid than ever 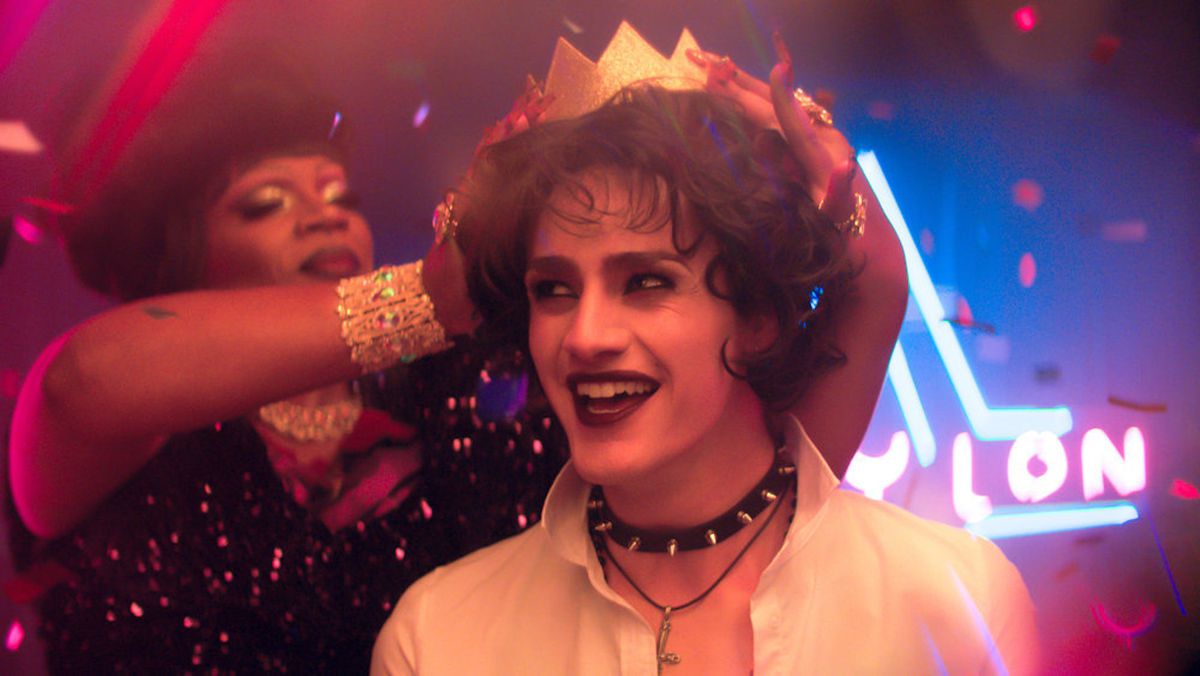 One of the meanings of the term gay defines something jubilant, lively, bright. That the word was used as a pejorative adjective for the homosexual community was linked to the notion that someone with a sexuality viewed as flawed had no right to show happiness or be expressive. The homosexual had to live between invisibility and tragedy, being angelic and sexless to compensate for his defect. The new Queer as folkthe Gen Z relaunch of an LGTBI+ TV classic, continues to struggle with this idea, which sometimes even survives within the group itself, as internalized homophobia.

That was one of the slogans that the Canadian Stephen Dunn, who was responsible for this relaunch, imposed on himself when he was responsible for the new story: “unapologetically [sin necesidad de pedir perdón] is one of the terms that came up most often in the preparation of the series. We wanted to show our characters as honest, confused, and flawed people. This type of portrayal is common in film and television, but not so much when it comes to the LGBTI+ community. There is a sentence in the pilot chapter that defines the proposal. It says, “You can be trans and toxic at the same time. It’s called intersectionality,” he said in a telematic conversation in mid-July.

The series, which Starzplay premieres in Spain this Sunday, July 31, begins with an event similar to the homophobic massacre at Pulse nightclub in Orlando in 2016, the largest massacre in United States history since 9/11. September to track down an optimistic story of the tragedy. In the first episode, Brodie drops out of medical school to return to New Orleans, where she is reunited with her ex-boyfriend, Noah. her best friend Ruthie, a trans woman who has just started a family; his brother Julian, also gay and with cerebral palsy; and Mingus, a non-binary teenager with whom he begins a relationship. The fluidity of the characters reaches extremes that can surprise the viewer.

The genius that changed everything

That Queer as folk Original is the creation of one of the great geniuses of contemporary television fiction, Russell T. Davies. Before moving with It’s a sin (drama about the AIDS epidemic in the UK in the 1980s), reimagining a science fiction classic as Doctor Who and met with the dystopia years & yearsthe British created a small series that changed everything. “Putting a gay person in a TV series is one thing, bringing an all-gay series to the screen is another,” Vicente Molina Foix commented on the newspaper. He designed it for Channel 4 in 1999, focusing on the lives of several gay men on Canal Street, the lively area of ​​Manchester. Its two protagonists were Aidan Gillen (Littlefinger in game of Thrones) and a young and now unrecognizable Charlie Hunnam (Sons of Anarchy on TV and Pacific Rim In the cinema). Its title appropriated another derogatory term (strange-funny) refers to a popular saying: There is everything in the Lord’s vineyard, which in other words defends that there are as many weird people as there are people in the world.

With a plot that was controversial for the time, in which a thirty-year-old fell in love with a 15-year-old boy, imperfect characters and explicit sex scenes between men, it marked a turn-of-the-millennium milestone in how the gay community was portrayed on television through its challenging Actions managed to convey the message to a large number of homosexual viewers for the first time in their lives that they should not seek forgiveness for their sexual condition. One of them was Dunn himself: “Both versions of the series gave me permission when I was young to feel that I had a right to be part of a community because I had it in the one I lived in. couldn’t do,” he said, recalling. Following the British style, the fiction lasted two seasons and only had 10 chapters, but it inspired an American version of the same name and set in Pittsburgh, which lasted much longer on Showtime. His controversial lead actor Brian Kinney (Storm Harold), expanded and popularized this concept by unapologetically on which the LGTBI+ Pride celebrations are based. And this resulted in further productions such as The L wordlesbian themed.

Faced with all this legacy, Dunn decided to travel thousands of miles and stand in front of Davies in Manchester and explain his idea of ​​​​a new one Queer as folk adapting to the new sexual and social context and asking his permission to bless his project. “I think I won him over by voicing his opinion with passion, a lot of anger and hope about what’s happening in the world and especially everything related to it strange. My intention is to tell the story of a community in rebuilding,” he explains. After that meeting, the Brit joined the project as executive producer of the 10 episodes that make up this first season.

The two original fictions, products of their time like the comedy friendsIn the eyes of the new generations, it failed to show diversity. Aside from demanding gay men’s rights and a little bit of lesbian rights, everyone in them was white, cisgender, and with normative bodies. Not even bisexuality was hardly considered among them. Dunn’s version is more than adequate in this regard. It features a group of mixed-race characters, one of whom suffers from cerebral palsy – Ryan O’Connell, known for the series Specialwrite and act accordingly Queer as folk—, others gender-specific and even shows what sexuality is like for people with physical disabilities. “It’s not difficult to show this diversity, unfortunately it’s just unusual. And not just on the screen. Many LGBTI+ venues do not have wheelchair access but are considered inclusive. The people in my close circle are part of the community seen on the show. They are activists not by choice, but because they have no choice,” Dunn laments.