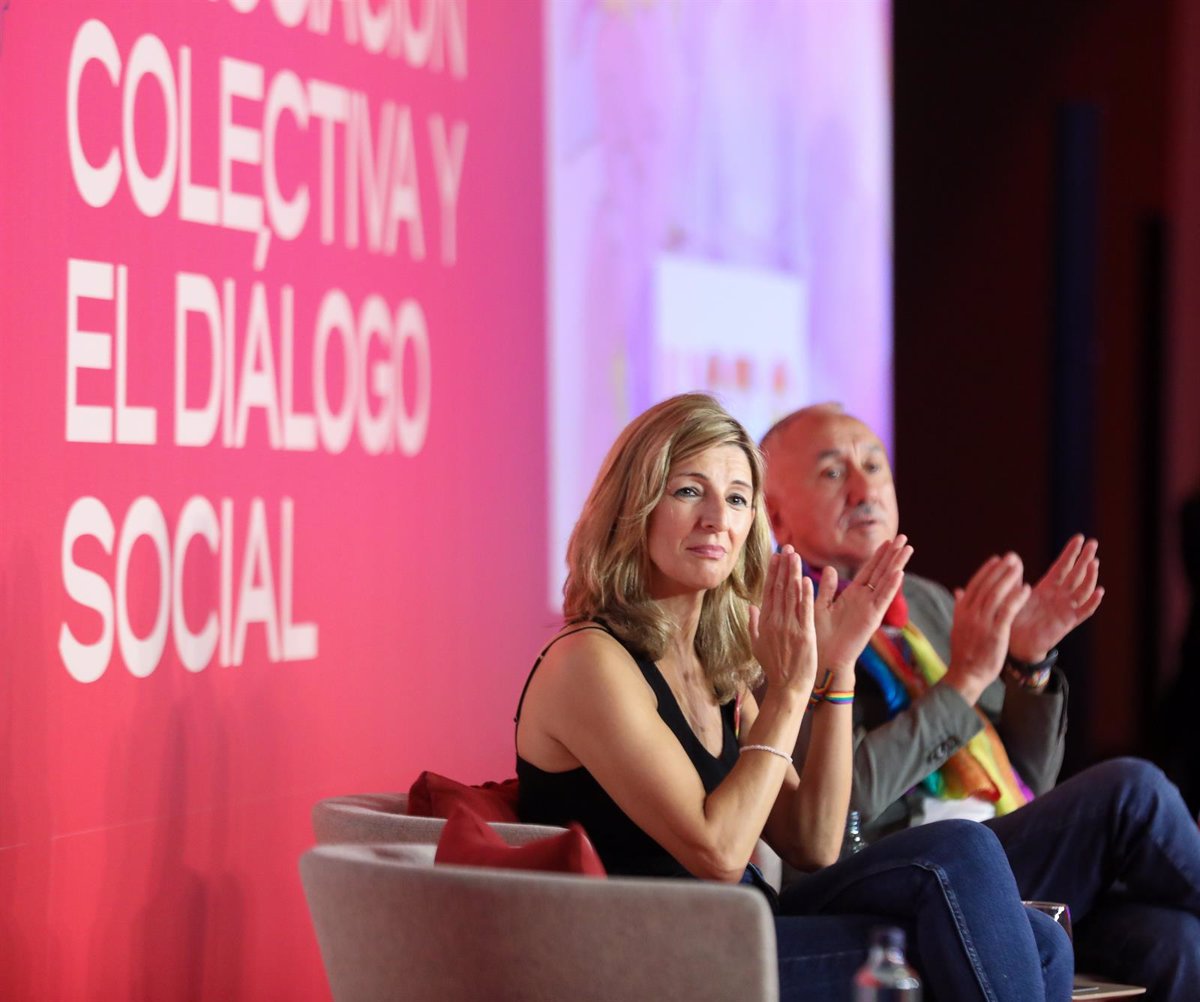 Second Vice President of the Government and Minister of Labor Yolanda Díaz has defended the need for “LGTBI talent” to reach the world of work and companies and has given assurances that she will work to ensure her voice is heard in collective bargaining and social dialogue tables.

“Yes, LGTBI talent must also reach the world of work and the business world, we cannot do without that,” Yolanda Díaz emphasized this Tuesday during her speech at the UGT Confederation Conference on “LGTBI People in the Negotiation Group and Social Dialogue”.

After thanking the work of the UGT, “an international benchmark for the extension of rights”, the vice-president stressed that progress will not be made “without the voice of LGTBI people at the core of their organisations, in collective bargaining and at social dialogue tables”. be able. “I’m an adherent woman and we’re going to do it, even if we turn everything upside down, we’re going to do it,” she noted.

Díaz has referred to the “necessary representation quotas” but also said that “transversal dynamics are needed that make visible the true diversity of organizations encoded in the different sexual orientations and diverse gender identities and expressions”.

In his opinion, LGTBI rights are an indicator of the democratic health of countries and he has pointed out that Spain is a “healthy” country in this sense.

He has also denounced the “negative, authoritarian and ultra-conservative discourses” that exist regarding LGTBI rights and women’s rights. Thus, citing Gloria Steinem, he has warned that authoritarianism begins with control over women’s bodies and continues with the curtailment of lgtbi rights, with an offensive against affective, sexual and gender diversity, and with the imposition of a unique and monolithic family model becomes.

For this reason, Díaz has chosen to “stop these processes of regression”, not only with laws, but with a daily “attitude” of “respect, inclusion and responsibility”, “disconnecting from hatred” and “proud of to participate in this diversity that LGTBI people contribute to life, society and work”.

He has also called for stopping “a lot of symbolic violence and discrimination,” evident in everyday language that stigmatizes people in this group. “The problem is not diversity, but the existing intolerance of sexual diversity,” he warned.

Regarding the recently passed trans law, which has now started its parliamentary process, Díaz stressed that it is a “legal milestone” and “not an arrival point, but an excellent starting point”. In any case, he was aware that “rights in the workplace must be expanded” and had promised to work for it.

As he noted, trans people were “particularly mistreated” and for this reason he stressed that in the new labor law sent to the Cortes Generales “for the first time measures to promote access to work and improve employability are considered are attracted to LGTBI people, particularly trans people”.

The great challenge, as he has specified, is “to make work a safe place, a place without fear, a place without hatred and without threats”, and he has assured that will work to achieve this.

In this sense, he has indicated that they will complete the ratification of the International Labor Organization (ILO) Convention 190, which will be “a very important brake against harassment and violence at work and outside” for them.

He has also revealed that he has proposed to ILO Director Guy Ryder that the LGTBI guide to including these people in the world of work, which the minister herself presented in Geneva, “is an agreement or a big step in an agreement make that has to be ratified by the countries”.