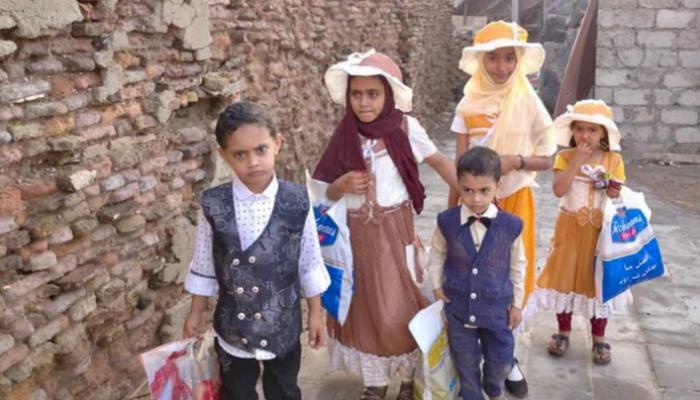 The children of Yemen refuse to surrender to the conditions of war imposed by the Houthi militia and adhere to their celebrations and rituals, especially Shaabaniya Day in mid-Sha’ban.

Yemenis revived the middle night of Sha’ban, which is a long-standing holiday for children across the country, but the coastal governorates have a special character and customs, calling it “Day of Joy” and “Al-Jeduna” and is revived with various rituals for adults and children.

While the adults enter a spiritual atmosphere in the middle of Shaban to prepare the souls for the month of Ramadan, the children go to put on new clothes and wander between the houses from the early hours of the morning, knocking on doors and collecting gifts.

Children roam, sing happy songs and wander from house to house, including “Jedouneh and Bait Hadi, Jedouneh Balfl and Kadhi”, Jeduna means to give us.

It is customary for families to prepare in advance for this occasion by buying various sweets, preparing sweets, cakes and nuts, and each child receives his share of them.

These gifts contribute to the competition between the children to want to get the most sweets, competing to reach the homes that have prepared in quantities of them.

Yemeni activist and media figure Ismail Al-Qadi told Al-Ain Al-Akhbar that children are the happiest group on this day, and the reason for this is the gifts they receive, as parents buy a number of gifts distributed to children. during your tour of the house.

Yemenis celebrate this day, which most call the day of “Shabaniya Ramadan” on the occasion of the conversion of the qiblah from Jerusalem to Mecca. It is a celebration that takes place in other Arab countries and has different names in rituals. almost similar.

On this day prayers, adorations and supplications are performed, as well as religious birthdays, remembrances and prayers for the Messenger (peace be upon him), while dinner is prepared around which all the members of the family gather, such as if it were a party. day. 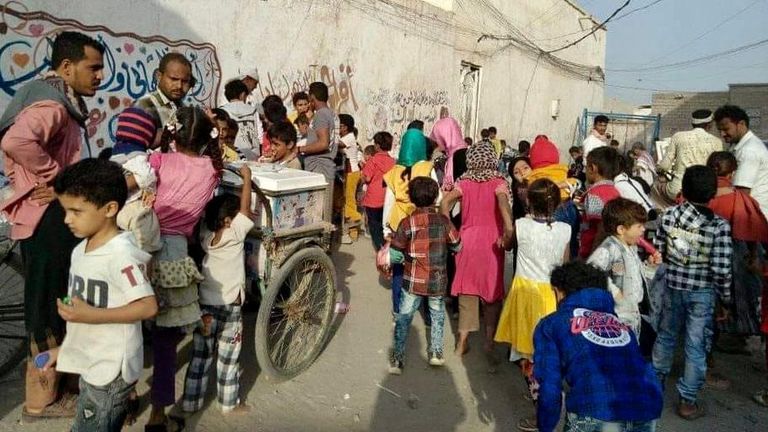 And all the evenings that are held after evening prayer are in public offices, or in the homes of families that are used to celebrating such mawlids, which are closest to Sufi rituals.

Media activist Hussam Bakri told “Al-Ain Al-Akhbar” that the “Feast of Joy” in the coastal areas of Yemen is a religious ritual and a valid and inherited custom.

He added that the citizens sing the religious recitations and chants related to the occasion, which is similar to the rugby that takes place on the 27th of Rajab, and the city of Hais, south of Hodeidah, is famous for its establishment and celebration in comparison. with other coastal towns. 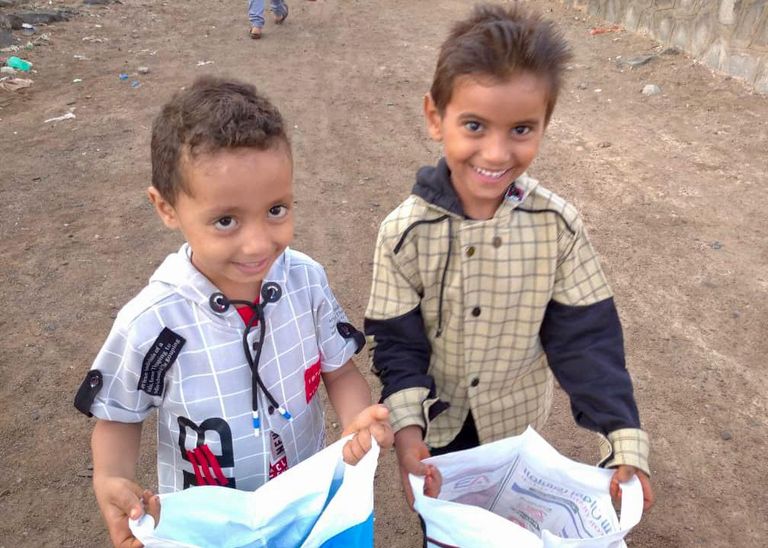 But the social customs that prevailed on this occasion, such as preparing food and celebrating the night by remembering birthdays and reciting Sufi songs, have recently begun to disappear, leaving only the joy of children when they receive sweets.

According to Yemeni youtuber Ahmed Al-Nazari, Al-Shaabaniyah has a special spiritual environment in western Yemen, especially in Hodeidah, the bride of the Red Sea, but it no longer exists due to the Houthi terrorist militia war and the crises that provokes. and depleted the population. 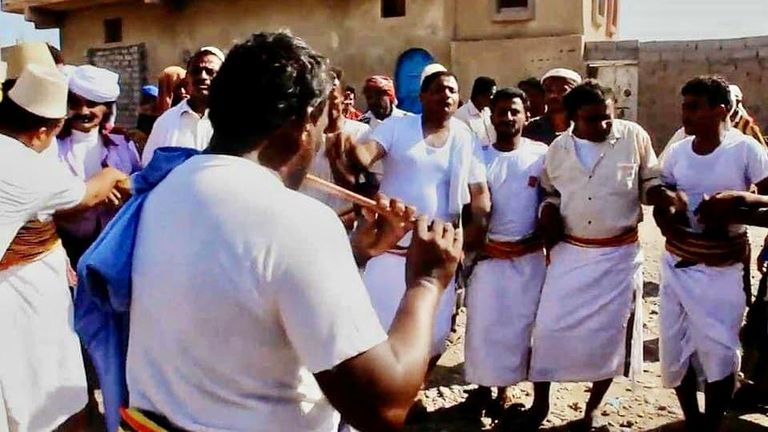 He told Al-Ain Al-Akhbariya: “Al-Sha’baniyah went on the night of the middle of Sha’ban as if it was Eid, good morning and wages. Most of the shops closed their doors, the children wore clothes new, the houses cooked meat, and lunch was replaced by dinner, and everything was delicious.

He added: “The rituals begin at night, when this blessed night is commemorated with remembrance, prayers for the loved one and reading of the Koran in an incomparable spiritual atmosphere. But now and in the Houthi era, unfortunately, most of the people are in gas queues and are going through the greatest ordeal”.