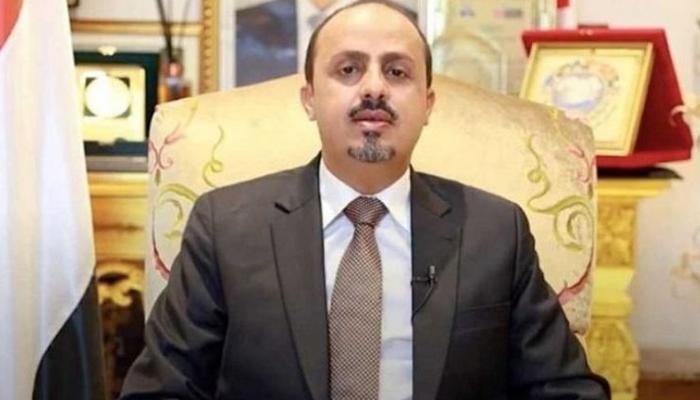 In a series of tweets on his Twitter account, the Yemeni official called the Houthi militia attacks a “dangerous escalation” and said that “the militias do not want to be part of any dialogue table that ends the war, or part of a process to build peace in Yemen and establish security and stability. in the region”.

Al-Eryani wrote that “the Iranian-backed Houthi terrorist militia’s targeting of civilian objects, civilians, economic and energy facilities in Saudi Arabia with an array of Iranian-made ballistic and cruise missiles and drones, comes days after the Gulf Cooperation Council called for a Yemeni-Yemeni dialogue”.

These Houthi attacks reflect the position of the militias in the face of calls for dialogue and peace. The Yemeni minister highlighted internal alignment and the unification of efforts towards a military solution, regardless of the sacrifices, as the only path to peace.

He stressed that this dangerous escalation confirms that the Houthi militia, at the behest, planning and arming of Iran, has continued to undermine the truce initiatives and all the efforts made by sister countries and friends to find a political solution to the Yemeni crisis, without respect for the bloodshed, the tragic conditions and the aggravating human suffering of the Yemenis.

Al-Eryani called on the international community, the United Nations and envoys to Yemen to condemn these repeated terrorist attacks that threaten energy security, regional and international peace and security, intensify pressure on the Houthi militia and support the efforts of the Yemeni government and people to resolve the battle to restore the state and overthrow the coup.

The Iranian-backed Houthi terrorist militia stepped up their attacks on Saudi civilian objects and economic facilities on Saturday night and early Sunday.

A spokesman for the Arab coalition forces said: “The Saudi Air Defense Forces and the Saudi Air Force intercepted and destroyed a ballistic missile that was launched to target the city of Jizan, as well as destroyed and shot down (9) booby-trapped drones which were launched towards Jazan, Khamis Mushait, Taif, Yanbu and South Dhahran.