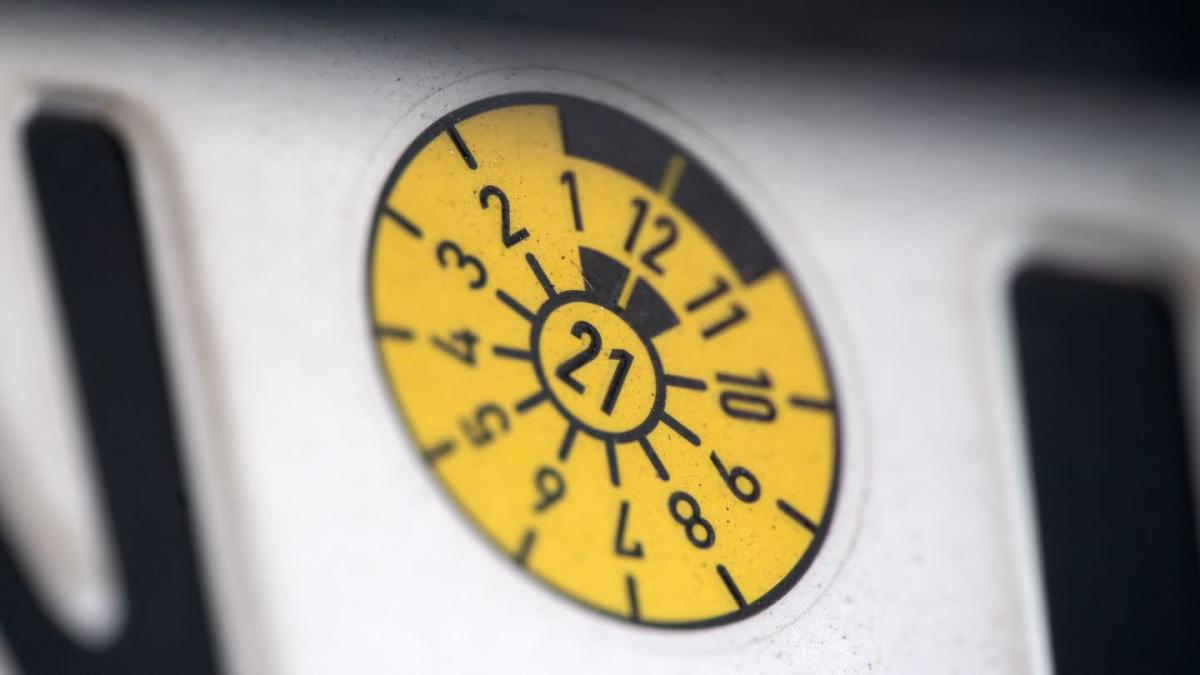 Erfurt (dpa/tmn) – When does the car have to go through the next main inspection (HU)? This can be easily read on the rear license plate, according to TÜV Thüringen.

The colored plate shows the expiration month at 12 o’clock. The expiring year is in the middle, circled: around “23” for 2023. But the color also gives an indication of the expiring year.

If you still have a yellow sticker on your car, you should make an appointment with HU as soon as possible. Because yellow represents the year 2021. Anyone who had to take the exam no later than last December has already exceeded the date by more than two months.

If you are more than two months late, you should not only expect a fine of at least 15 euros, but also the car will be checked more thoroughly.

This additional examination is required by law and involves additional costs of 20 percent of the general inspection fee, according to TÜV Thüringen.

The HU has not been retroactive since 2012. This means that if you pass it for one month, for example, you get the full 24 months from the date of the exam. But from the first day of the overdraft, regulatory agencies or law enforcement may impose a filing deadline. This causes the owner to have “additional and unnecessary runs”, according to TÜV Thüringen.

The colors of the HU badges represent the year they expire and rotate every six years. They come in blue, yellow, brown, pink, green, and orange. In 2021, all cars with a yellow sticker had to go to the HU. The brown ones are due at the end of this year. Anyone who passes the HU in 2022 will receive a green badge (2024).

The pink badges (expiring in 2023) were awarded last year. New cars registered for the first time will get an orange sticker in 2022 (2025); they just have to go through the first general inspection after three years.