Yangel Herrera: “I came to help Girona and find stability” 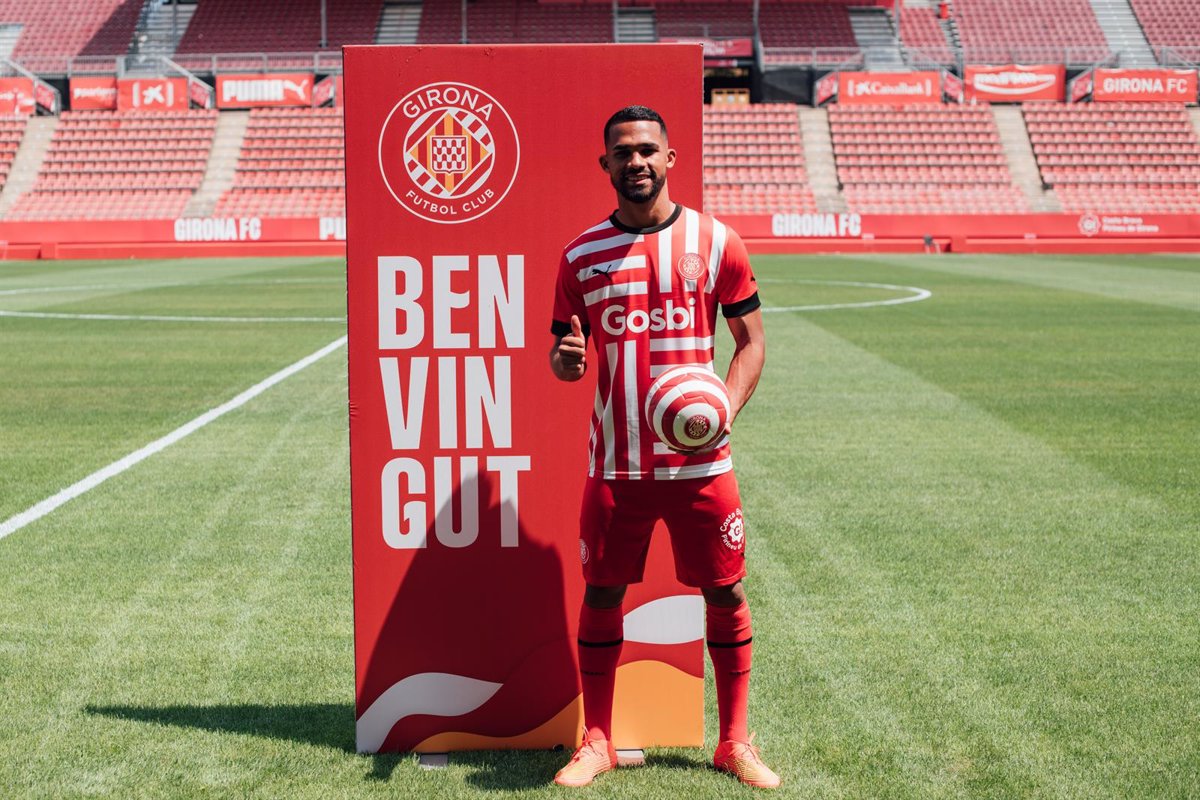 Girona FC’s new player Yangel Herrera, on loan from Manchester City this season, has assured that he intends to find “stability” at the Montilivi club for the future, although this season he wants to be able to to help the club maximum for the club recently promoted.

“If I came, it was to have a great year, to help the team and to find the stability that I so desperately want. Every footballer wants to establish himself and more when you have a family,” he admitted in his presentation on.

Herrera, who was on loan at RCD Espanyol last season, wants to settle down in one place. “I’ve had several assignments, I’m looking for stability and building my career. I came to compete here, to do my best and to keep showing myself in the First Division,” he agreed.

He also joins a Girona – owned by City – that has long haunted him. “It’s true he tried to sign me for several summers but we didn’t agree. This year when they came up they were pretty clear, both City and Girona, that they wanted me to come, and that was it. I had several options but I ended up coming here,” he admitted.

At 24, the Venezuela international assured he had a great reception in the Girona dressing room. “The team welcomed me well and Míchel is close, I could tell. I want to work, learn, compete and help the team. I’m a pretty strong midfielder in tackles, I can bring in both the ball out and in the final stages ” he emphasized of himself.

However, he did not want to say whether he sees himself as the undisputed starter or not. “I haven’t done a full pre-season and I’m not 100 percent. I’m preparing, I’ve been in the first division for four years and I’ll try to apply everything I’ve learned. At the beginning, in Valencia, I’ll tell you that I don’t see myself as a starter because I’m not 100%,” he repeated.

For his part, Gironí president Delfí Geli said he was “very happy” with the transfer. “The property was very keen to be here and it’s a good opportunity for Girona,” he said.

And it was sporting director Quique Cárcel who revealed this long-standing love for Herrera. “Ever since we were promoted to first I’ve wanted him to come. He’s a player I’ve known since he was in New York and I’ve tried to sign him every summer window. Very happy. I know his level and its values.” he said.

Previous articleXiaomi concretizes its alliance with Leica in the Mix Fold 2, a foldable smartphone with an 8.2-inch panel
Next articleNintendo Switch: How to play Splatoon 3 for free in advance