Xavi: The summit against Real Madrid comes at a perfect time 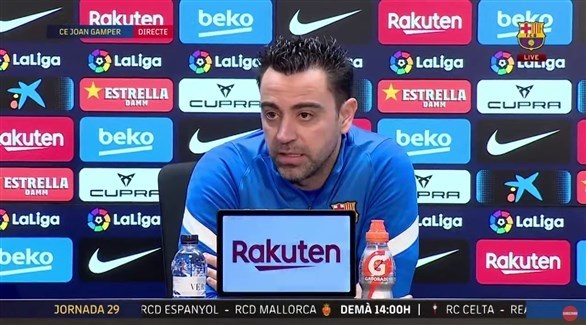 Barcelona coach Xavi Hernández wants his team to impose their word at the Santiago Bernabéu, when they face their eternal rival Real Madrid, tomorrow, Sunday, in a long-awaited summit.


The former Spain midfielder believes the game comes at the perfect time for Barcelona, ​​who have bounced back from a rocky start to the season.

“A strong test to show how far we have evolved”, said Xavi at the press conference on Saturday, pointing out that an additional incentive was not needed compared to the traditional competitor.

He added: “Our position is excellent to play a great match, to show our incredible condition, we have developed collectively and we must show our character and strive to impose our style.”

Real and Barcelona have played a run of four wins in a row, and now they are very confident.

But Real Madrid is in the lead with 66 points from 28 games, 10 points behind second-placed Sevilla and 15 points behind third-placed Barcelona.

With 11 games to go, Xavi believes that entering the competition for the title is late, and it seems far away, complicated and difficult.

But tomorrow’s game will be an opportunity to demonstrate the improvement of the Catalan team since Xavi’s arrival in mid-November.

He continued: “The candidate is Real Madrid, they are the leaders and they are going through a great moment, but we are also in a huge situation. It is a great opportunity to change history, and victory will support our work.” tremendously, and we must be brave, and we will try to impose our style with consistency”.

He concluded: “Benzema is one of the best strikers in the world, and his absence is a very big loss for them, but that won’t change anything on the pitch.”