Xavi: “Playing in the Champions League is Barcelona’s main goal” 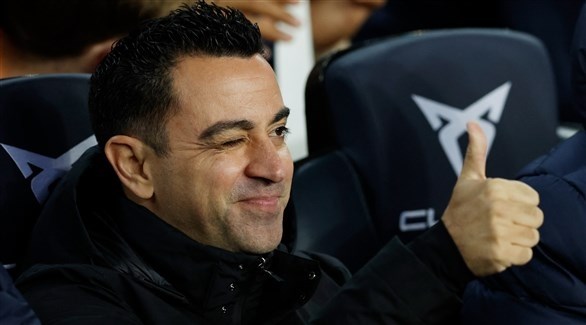 Barcelona coach Xavi Hernández confirmed that he will focus on winning the European Football Championship to qualify for the Champions League next season, calling the second leg of the 16 round of 16 of the Europa League against Galatasaray the final.

Xavi believes that the tournament will be an opportunity to qualify for the Champions League, although his team is among the candidates to move up to the competition by finishing the season in the top four places, with the Catalan team currently occupying third place.

“For us, the main goal is to be in the Champions League,” Xavi said in an interview with reporters before the next match.

Xavi continued: “For us, facing Galatasaray is the final, or win or lose. The first part of the first leg was not good, we didn’t show our true strength.”

He explained: “You have to take the Osasuna game (which Barcelona won 4-0) as an example, where we played a great game and we were with more energy and energy and we were able to progress.”

Xavi said: “This is a final in a stadium full of fans, who will shout and cheer for their team, we will try to repeat what we did in Napoli.”

Barcelona faces a crucial week, with Galatasaray out of their stadium and then against Real Madrid in the ‘Clásico’ of the Spanish league, but Xavi believes he is capable of calmly facing the pressure of important games.

Xavi ended his speech by saying: “I treat pressure normally and naturally, I like it, I have a high level of competition, I have a winning mentality and we want to try these situations”.