Xavi looks to maintain his lead at the Santiago Bernabéu 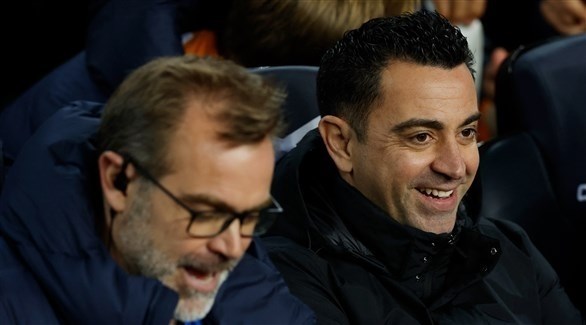 Tomorrow, Sunday, Xavi Hernández will visit the Santiago Bernabéu for the first time as a coach, after playing 21 games in the Clásico when he was a member of the Barcelona ranks, in which he achieved eight wins and six draws with the Catalan team in addition to seven defeats, to have such an advantage against “Merengue”.

In the stronghold of the eternal rival, the former Spanish midfielder scored two goals and provided eight assists, in addition to being sent off once.

His last visit to the Bernabéu dates back to November 25, 2014, when Barcelona lost 1-3 to Real Madrid in a La Liga match, when Xavi started playing as a starter and was replaced by Ivan Rakitic in the 60th minute of the game. match.

Although the Santiago Bernabéu ended up becoming a place where the current Barcelona coach experienced moments of great joy, it was initially a difficult stadium, since he only got his first victory over him on his fifth visit after suffering two defeats and two draws.

But Xavi will never forget the first taste of victory he tasted there, on April 25, 2004, specifically in the 86th minute of the Clásico de Liga, when Ronaldinho made a pass with which Xavi scored the second goal for his team and Iker Casillas did not. he knew how to tackle it, to convert the result into 2-1 in favor of Barça, which was one of the most important victories of the beginning of the era of the Brazilian player.

Ronaldinho, in particular, was the key player in Xavi’s second victory at the Santiago Bernabéu. On November 19, 2005, also in LaLiga, the Catalan team won 3-0, scoring two goals, including the Brazilian player and He presented a brilliant performance that made him worthy of the applause of the rival fans.

That same year, Xavi scored his second and last goal at the Bernabéu, in the ‘El Clásico’ match on December 10, 2011, where Barcelona won 3-1. Xavi scored the second Barça goal from the edge of the area and the ball passed in front of Casillas.

On the contrary, his worst experience was in the bastion of the eternal rival on May 7, 2008, the night that Barcelona paved the way for Real Madrid to become league champions. In addition, Xavi was sent off in extra time for receiving two yellow cards.

That was the toughest defeat Xavi had suffered as a player at the Santiago Bernabéu, apart from the defeat on his first visit on February 26, 2000, when Barça lost 0-3 under Louis van Gaal, and Xavi arrived onto the field at halftime to replace Winston Bogard when he was The score is 2-0.

Xavi’s story as coach of Real Madrid will begin tomorrow, Sunday, with a difficult challenge: to break a streak of seven consecutive games in which the Catalan team did not taste victory against “La Real” (October) 2018.