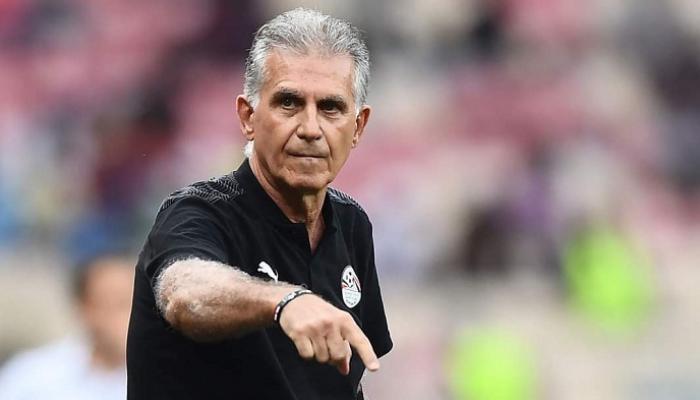 The Egyptian street continues to witness a state of controversy in recent hours, after the Portuguese Carlos Queiroz announced the list of the Egyptian team for the Senegal matches.

and getting ready Egypt national team To face Senegal, on March 25 and 29, on the decisive day of African qualifiers for the 2022 World Cup.

A few days before the two decisive matches, Queiroz announced, on Saturday night, the list of the Egyptian national team, which included 23 players, and many professional players were excluded from it, including Ahmed Hassan Koca, Konyaspor’s Turkish striker. , despite his selection on the tentative list.

“Koka” did not remain silent, but expressed his great frustration at the decision of the veteran Portuguese coach, defending himself with the numbers he achieved with the Turkish team that Olympiacos of Greece gave him this season.

And Coca wrote through his official account on the ‘Instagram’ site: “Praise God, after being excluded from the selection list in the last Nations Cup, I was very sad, but I told myself that the coach has reason”. because I don’t play regularly with my team, and I don’t set many goals.”

And he added: “I said that I would fight to participate in the matches and score the most goals to be present in the two decisive matches of the World Cup qualifiers.”

And he added: “Indeed I was lucky, I scored 8 goals and I made 4 to my teammates in 10 basic participations with the team, but unfortunately I did not have to be in the concentration of the team”.

It should be noted that Coca played 27 games with the Egyptian national team, during which he scored 5 goals, and his last appearance was when he participated as a substitute for a few minutes in the game against Libya, on October 8, in the World Cup qualifiers. .