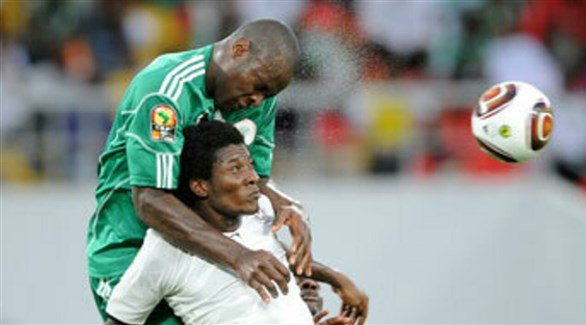 Ghana will face Nigeria in the first leg of the decisive phase of the African qualifiers for the World Cup in Qatar.

Ghana qualified for the decisive phase, after leading the classification of Group G, with 13 points, obtained by winning 4 games, drawing in one, losing like them, scoring 7 goals and conceding 3.

The goal difference in favor of Ghana was decided to the detriment of South Africa, who equalized on points, making it the most difficult qualification to the decisive phase that ended with the final whistle of the last game of the two teams.

While Nigeria qualified for the decisive phase of the African qualifiers for the World Cup, with 13 points, by winning 5 games, losing one, scoring 9 goals and conceding 3, two points ahead of Cape Verde, who accumulated 11 points in that moment.

The Ghana vs Nigeria match is scheduled for 9:30 p.m. today, Friday, at the Baba Yara Stadium, in one of the strongest matches of the continental qualifiers, which will be played today by SSC4 HD.

The Ghana Football Association confirmed that it got approval to play only one match at Baba Yara Stadium, which is the matchup with Nigeria, and then the stadium will automatically be removed from the list of CAF-approved stadiums in any subsequent matches.

A CAF delegation visited Ghana last week, during which they inspected the stadium and confirmed its capacity to host the upcoming match against Nigeria.

The report from the African Football Confederation inspector stated that if the Baba Yara stadium were to get a permit to host the match, it would have to carry out further evaluation until the end of the matchup between the two teams.

In total, Ghana played 12 matches in the World Cup, winning 4, drawing 3 and losing 5, with the Black Stars scoring 13 goals and conceding 16 goals.