World Cup qualifiers: Algeria and Tunisia are the closest to qualifying… and the possibilities are open 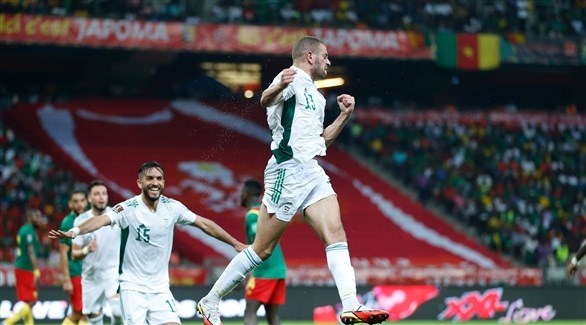 Algeria and Tunisia have strong chances of qualifying for the FIFA World Cup on Tuesday, but the results of their other three play-offs open up the possibilities in the race to Qatar.

The North African neighbors won the first leg on Friday and are expected to take home advantage in the second leg.

Algeria won 1-0 in Cameroon, while Tunisia benefited from a bitter own goal to beat Mali 1-0 in Bamako.

But the other matchups have been largely evened out, so the atmosphere will be tense in Abuja, Casablanca and Dakar.

The bilateral confrontation between Mohamed Salah and his Liverpool colleague Sadio Mane grabbed the spotlight before the meeting between Egypt and Senegal, and the conflict will resume on Tuesday.

Mane scored the decisive penalty that gave Senegal victory over Egypt in the African Cup of Nations final last month, while Salah contributed to Egypt’s 1-0 victory in Cairo in the first leg on Friday. .

Senegal, like in the continental final, dominated the match in Cairo and could have won comfortably if they had taken a risk, but believe they can turn the tables at home in Dakar.

Nigeria drew goalless with Ghana in a game plagued by mistakes from both teams, and both feel there is a chance to decide the second leg in Abuja.

But the Democratic Republic of the Congo, which qualified for the 1974 World Cup under the name of Zaire, know they will have fewer chances in Casablanca against Morocco.

“We haven’t qualified yet, we will play against a very good team and the task must be completed in Casablanca,” he said.

- Advertisement -
Share
Facebook
Twitter
Pinterest
WhatsApp
Previous articleTemasek is said to be pushing for Bayer boss Baumann to be sacked
Next articleYankees takeaways from Sunday’s 7-4 win over the Pirates, including five home runs with two by Aaron Judge