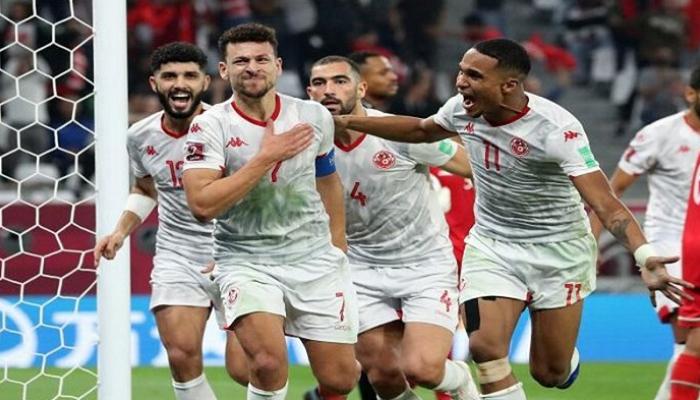 Tunisia have scored odd goals throughout their participation in the African World Cup qualifiers.

In the following report, “Al Ain Sports” tracks the top 4 “strange” goals scored by the Tunisian team in World Cup qualifiers, the last of which was last Friday night during a financial meeting.

In 1977, Tunisia played a decisive match against Nigeria at the Lagos Stadium, as part of the second round of the 1978 World Cup qualifying tripartite tournament.

The “Eagles of Carthage” team was forced to get a positive result to revive their chances in the competition for the only qualifying ticket, especially since they tied in the first round at home against the same opponent goalless.

And in the 61st minute there was a strange incident, when defender Godin Odeyi surprised his goalkeeper with a header, allowing Tunisia to get a valuable victory that allowed them to rise to the top of the triple return.

The Tunisian team took complete control of their group in the qualifying group for the 2002 World Cup Finals in South Korea and Japan.

The “Carthage Eagles” took first place in the group with 20 points from 6 wins and only two draws, 5 points ahead of their direct competitor, Ivory Coast.

Tunisia won the qualification ticket for the final thanks to the beautiful victory they achieved away from home against the Democratic Republic of the Congo by 3-0.

The Kinshasa match witnessed the supernatural goal of the legend Zubair Beya with “Loeb”. Beautiful From the midfield line, taking advantage of the advance of the “Panthers” goalkeeper.

The Tunisian national team entered into strong competition with its Moroccan counterpart during the African qualifiers for the 2006 World Cup in Germany.

The match of the last round of the qualifiers witnessed a fiery derby between the “Eagles of Carthage” and the “Lions of the Atlas” for the qualifying ticket, since the Tunisian team was forced to add a point to achieve their target.

And with 21 minutes left in the match, the 2004 African Cup of Nations champions were down 1-2, but were finally able to support thanks to a cast from Adel Al-Shazly. Talal Al-Karkouri could not. clear it, fooling goalkeeper Nader Al-Mayaghri with a self-imposed goal.

Nobody has been talked about in Tunisia in the last 24 hours except for Moussa Siasko, defender of the Malian team, who played a fundamental role in the victory of the “Eagles of Carthage”, in the first leg of the World Cup qualifiers, with a goal without answer.

A graduate of Paris Saint-Germain youth school, he misjudged his goalkeeper in a bizarre fashion with an own goal, before being sent off late in the first half.

The young financial defender was the subject of a huge campaign of ridicule by the Tunisian fans, which affected his official page on the “Facebook” website.