World Athletics Championships in Oregon: Results and Medal Tally as of July 21st 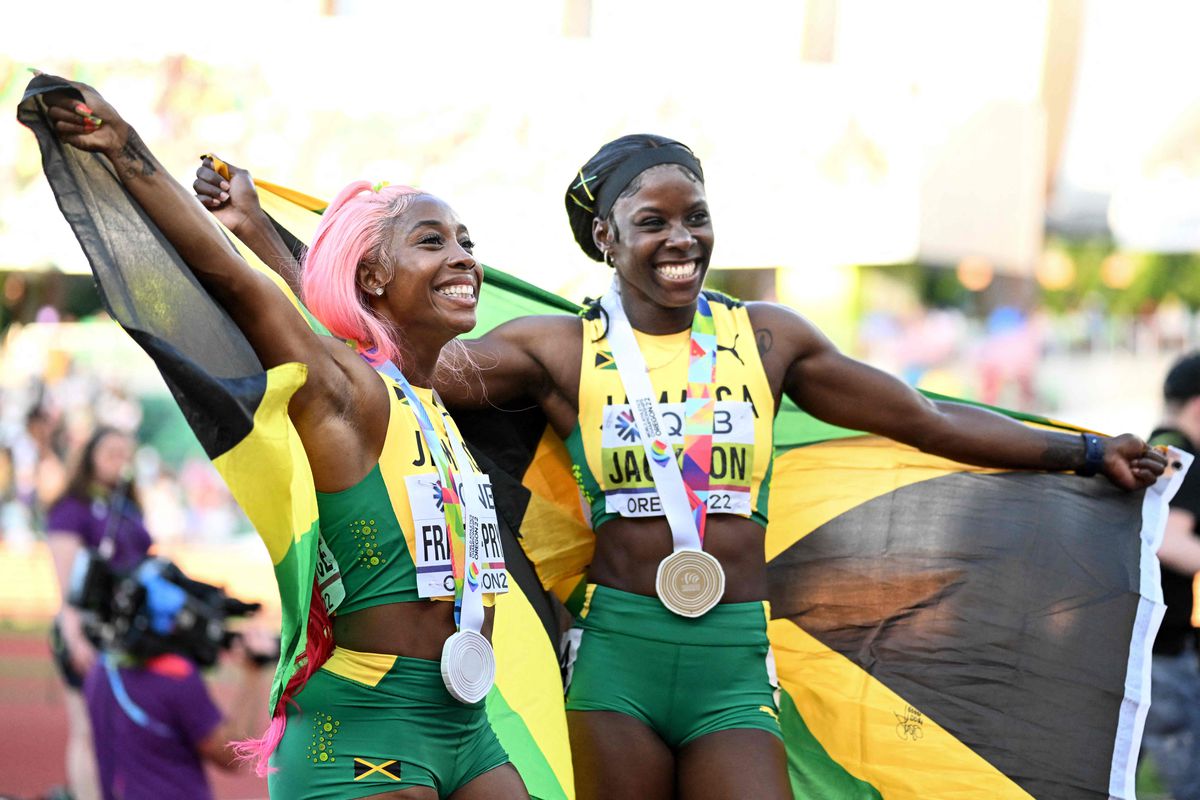 On the seventh day of the World Athletics Championships, held in Eugene (Oregon), there were such relevant events as the men’s and women’s 200m finals, the men’s 800m semifinals and the 5,000m series

Another magical night for the Jamaican sprinters

After the triplet of the Jamaican sprinters over 100 m, it was the turn of the double hectometer this Thursday, where they again wanted to win all the medals. Dina Asher-Smith (bronze with 22.02s) stood in her way. Shericka Jackson took gold (21.45 seconds, championship record) and Shelly-Ann Fraser-Pryce, who started very well but couldn’t hold the lead, took silver with 21.81 seconds.

Farewell to the Spaniards in the semifinals of the 800m

Salamancan’s Álvaro de Arriba and Murcia’s Mariano García were eliminated at the Oregon Athletics World Championship this Friday. The Galician Adrián Ben was left out in the previous qualifiers, leaving Spain without representatives in the 800m, one of the tests in this a priori brought a team with runners who, although not favorites, had the potential to surprise. Mariano García was in the lead for much of his test but sank in the final leg and was overtaken to finish sixth (1m46.70s). While Álvaro de Arriba finished seventh in his run (1:46.70 minutes).

Adel Mechaal, the only Spanish representative over 5,000 meters, also retired on Thursday. In your case at the first change. Mechaal, who recently tested positive for coronavirus and thus his place in the 1,500. Ignacio Fontes finished 11th out of 21 athletes in his series with a time of 13:36 minutes. Of all the series, the best times were recorded by Kenyan Jacob Krop and Norwegian Jakob Ingebrigtsen (both 13.13 minutes). The latter wants to make up for it with 5,000 of the silver he won in the 1,500m, which was not enough for him. “Silver in the World Championship is an incredibly big thing, but at the same time I’m being beaten by people who are inferior to me. I’m disappointed in myself,” he affirmed in a comment that raised dust and was called arrogant by many.

The first World Championships on US soil will initially be held with a clear dominance of the North Americans, who lead the medal table with 22 medals: 7 gold, 6 silver and 9 bronze. Ethiopia is second with 3 gold and 4 silver and 1 bronze. And Jamaica, third with 2 gold, 3 silver and 1 bronze. Spain ranks 28th with two bronze medals achieved by Asier Martínez in the 110m hurdles and by Mohamed Katir in the 1,500m.

Previous articleThe World Cup in the open air, the bar that Duplantis still has to overcome
Next articleLiveblog: + Ukrainian army apparently advancing in Kherson +