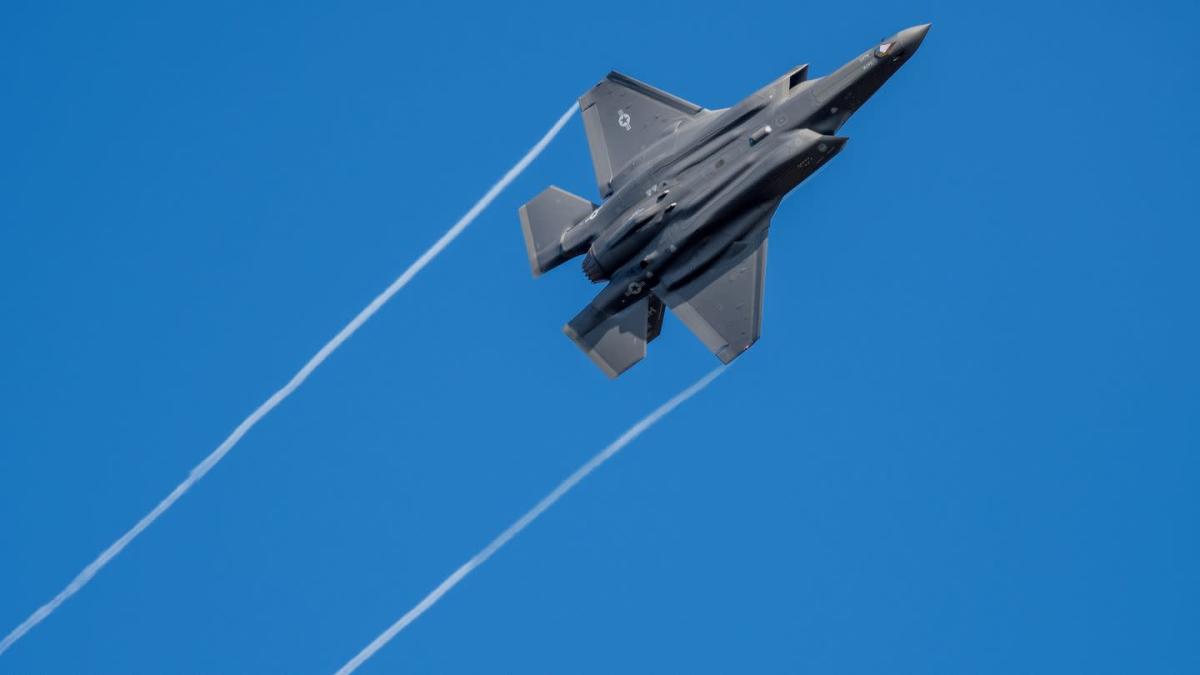 Stockholm (dpa) – In the last five years, fewer weapons such as fighter planes, tanks and submarines have been exported around the world than before.

The volume of international arms shipments fell 4.6 percent between 2017 and 2021 compared to the previous five-year period, according to a report by the Stockholm-based peace research institute Sipri published on Monday. Compared to the years 2007 to 2011, however, the new values ​​mean an increase of 3.9 percent. Germany remains one of the five largest arms exporters.

Still a much higher level

Despite the slight decline in a five-year comparison, global arms deliveries have been at a much higher level than before in the last ten years, said expert Sipri Siemon Wezeman of the German Press Agency. “The world is not a safer place than it was in the early 1990s or at the end of the Cold War.” And this applies to the period before the Russian invasion of Ukraine two and a half weeks ago, Wezeman emphasized.

According to the Sipri expert, there were no major corona-related effects on the numbers. Rather, in countries like Finland and Switzerland, decisions have been made to buy a significant number of long guns. “The plans have not changed due to Corona. You’re on your way.” In view of recent large orders, especially for US fighter jets, peace researchers expect a clear increase in import figures from several European countries over the course of the next decade.

According to Sipri, the slight drop in international arms deliveries hides large differences between world regions. For example, while South America has imported fewer weapons than it has in 50 years, rising or unchanged high import figures in Europe, East Asia, Oceania and the Middle East are contributing to rearmament. The volume of imports from the countries of Europe increased accordingly by 19 per cent. This can be attributed, at least in part, to the significant deterioration in relations with Russia.

The US lead as the absolute industry leader among the 60 arms exporting countries continues to grow. Mainly due to its military aircraft, the United States is responsible for 39 percent of all arms exports. This share is more than double that of Russia in second place.

While the US arms manufacturers achieved a five-year growth of 14 percent, in the case of France this increase was even 59 percent. In contrast, Russian arms exports fell 26 percent. The decline can be explained almost exclusively by the fact that deliveries to the world’s largest arms importer, India and Vietnam, collapsed. More exports to China and Egypt could not make up for that.

Does the fall in Russian exports have something to do with the actions of the giant empire in Ukraine? “I think the connection is indirect,” Wezeman said. The numbers partly reflected how difficult it was for Russia to find new buyers, while older ones such as India and China were looking for new suppliers or producing more themselves. The US and European countries have also put pressure on countries like India, Algeria and Egypt to give up Russian arms deliveries. This pressure is likely to increase further in the coming years, Wezeman suspects.

Another aspect is the technological standard of Russian armaments, which can currently also be seen in Ukraine. Many of the weapons are not modern and some are completely out of date. According to Wezeman, another consequence of the Ukraine war is that the West is looking for more allies, also aided by the lure of arms deliveries.

The five largest arms exporters in the world are finally completed by China and Germany. According to Sipri, the Federal Republic of Germany recorded a decrease in export volume of 19 percent compared to the previous five-year period and 49 percent compared to 2007 to 2011. Such figures could change rapidly with a large order. Wezeman said. German arms supplies, such as frigates, submarines and armored vehicles, now account for 4.5 percent of global arms exports.

And Ukraine? Despite the years-long conflict with Russia, the country’s imports were very limited in the years 2017-2021. According to the Sipri report, they accounted for just 0.1 percent of the global total. Arms deliveries to Ukraine were generally of more political than military importance. In addition, several of the main exporting countries had restricted their shipments until February, for fear of contributing to an escalation.

At the same time, Ukraine ranks 14th in the world ranking of arms exporting countries. Wezeman hopes this will change: On the one hand, Ukraine now needs its own weapons. On the other hand, much of its defense industry is in endangered and contested areas, for example in Kharkiv.