Working on airlift for refugees in Moldova 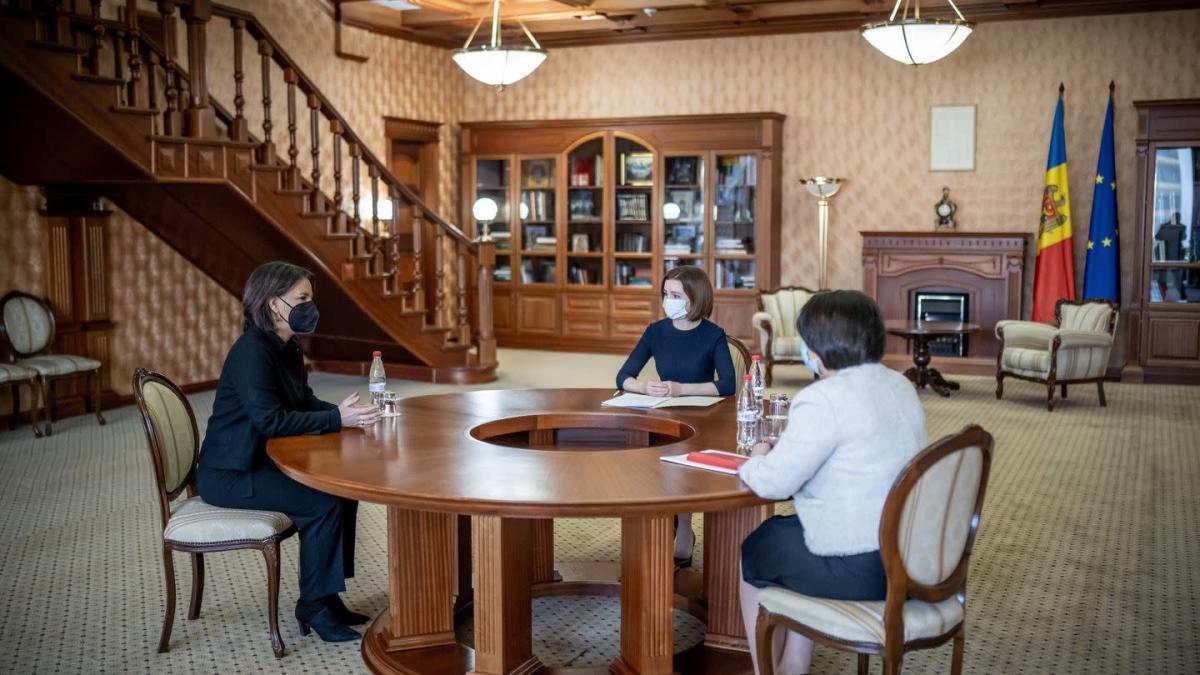 Chisinau (dpa) – According to Foreign Minister Annalena Baerbock, Germany is working together with international partners to set up an airlift for Ukrainian refugees from Moldova.

Such an airlift is “absolutely sensible”, the Greens politician said on Saturday after meeting her Moldovan counterpart Nicu Popescu in the state capital Chisinau. At the same time, Baerbock announced that the federal government would bring 2,500 Ukrainian refugees from Moldova directly to Germany as a first step. He agreed with the Minister of the Interior, Nancy Faeser (SPD).

“Putin’s war of aggression against Ukraine is a terrible humanitarian catastrophe; many people flee to the small neighboring country of Moldova,” Federal Interior Minister Nancy Faeser (SPD) told the German Press Agency. Together with Federal Foreign Minister Annalena Baerbock (Greens), she promised to bring 2,500 refugees from Moldova to Germany in the short term and guarantee them protection. “We will organize and implement this quickly and without bureaucracy in the next few days,” she said.

A corridor with buses through Romania is also being built for the distribution of refugees from Moldova, Baerbock said. Individuals must also fly out of Moldova directly or through neighboring countries with larger airport capacities. This could also happen across the Atlantic, meaning to the US or Canada. “You have to be very pragmatic in this situation and not come up with a 100% perfect concept for three months,” the minister said.

The EU has made five million euros of emergency aid available to Moldova, and the federal government has provided an additional three million euros, Baerbock said. These funds would be added to the 37 million euros of financial aid for this year that the Ministry of Public Works has already planned. Among other things, the Technical Relief Agency provides folding beds, sleeping bags, tents, heaters and food.

About 300,000 people from Ukraine were admitted

According to Popescu, Moldova has so far welcomed some 300,000 people from Ukraine, of whom more than 100,000 are still in the country. The former Soviet republic is one of the economically weakest countries in Europe.

His country has opened the borders even though the country’s resources are very limited, Popescu said. Moldova needs more outside help to ensure stability and to deal with the humanitarian costs associated with hosting refugees. Moldova’s Foreign Minister made it clear that his country was interested in closer rapprochement with the European Union and requested the support of the EU border protection organization Frontex to monitor the border with Ukraine. Frontex could also help register refugees.

Baerbock then met with Moldovan President Maia Sandu. Later, the minister wanted to visit a refugee reception center in the exhibition center of the capital, Chisinau. According to the Foreign Ministry, those who arrive are registered there, there are temporary accommodations, an infirmary and a vaccination center against the corona pandemic. The facility has capacity for 4,000 people. In the afternoon, Baerbock wanted to get an idea of ​​the situation at a border crossing with Ukraine.