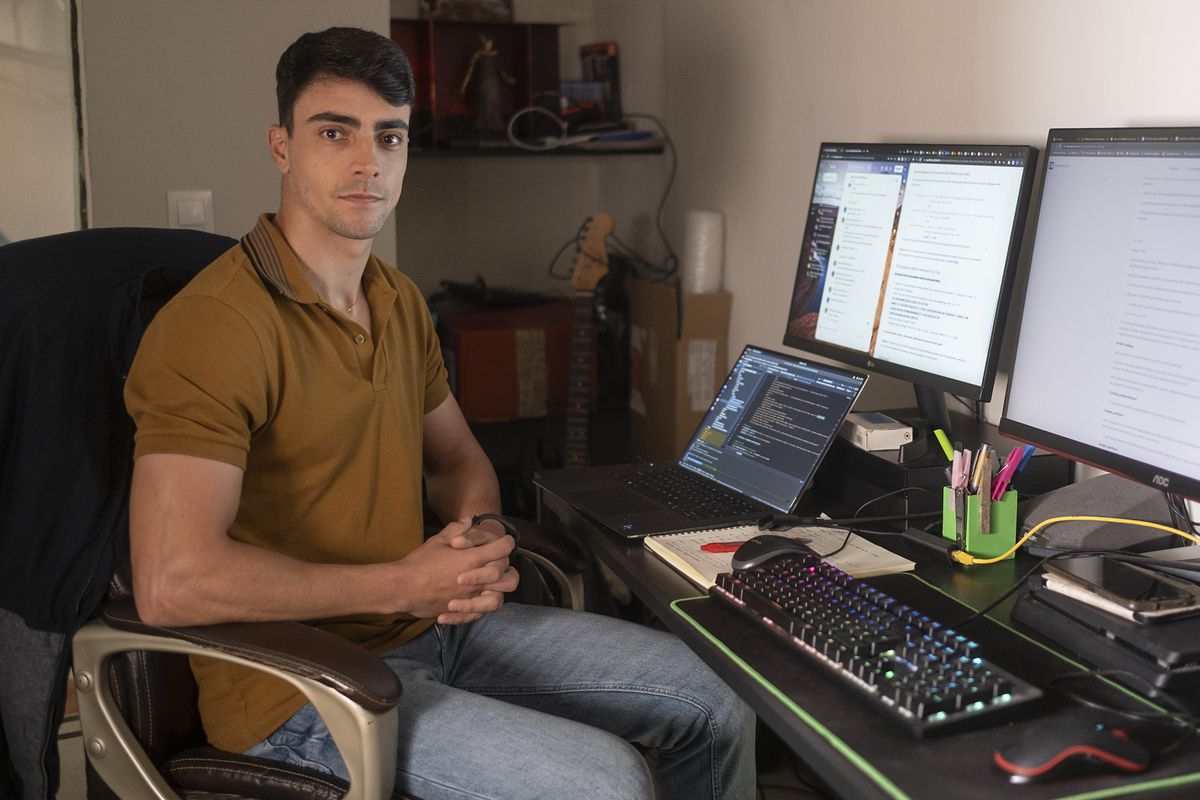 It seems unbelievable, but there is a sector without unemployment with the best salaries in Spain. It is the technological field and in it there is a specialization that is on the rise: the big data. This industry collects, stores and analyzes the data trails we generate every second, whether it’s uploading a photo to Instagram or searching for a restaurant. Behind every gesture we make is a team specialized in big data, dedicated to studying our preferences, trends and profiles. They are engineers, scientists, programmers or analysts. All employees interviewed in this industry agree on one statement: the opportunities in the big data plentiful. “I never had to write a resume, the offers came to me on their own,” says Daniel Castro Chinco, Big Data Engineer. The rise of the industry is so great that the digital transformation agenda the government includes as a priority that the percentage of companies that use the big data grow by 10 points to 25% over the next five years. Here is an overview of some opportunities within the sector.

Daniel Castro Chinco, 28, graduated in Computer Engineering from the University of Seville. He discovered his passion for big data when he was assigned a project in his first job as a web designer big data. He decided to specialize in it and got a Masters in Data Science and big data, also at the University of Seville. In March 2021 he was hired as an engineering engineer big data in PlexusTechA company of software specialized in consulting and data. Castro is responsible for collecting, processing and organizing all the data his company handles “so that another department can take it and do with it what it needs”, regardless of whether it is a company setup marketing or a business analysis, he explains.

According to the entry-level position, a person in his position must be “curious”, have “analytical skills” and “be able to find patterns in the data”. In addition, companies are looking for technical and mathematical profiles like yours. Since completing the specialization, Castro has never had to look for a job again. Offers come from the companies themselves who find your LinkedIn profile and contact you. “There’s a lot more work than people, and under very good conditions,” he summarizes.

Inés Rodríguez García, 24, studied biotechnology at the Polytechnic University of Madrid. Throughout her career, they kept telling her that the only job opportunity she had was to work in a lab, but she knew she would never be able to do that. He rejected this path and did a master’s degree in health-related bioinformatics at the National School of Health: “There I noticed that I ended up enjoying messing around with numbers, with computers and programming,” he says. She is now a data scientist at a multinational specializing in health information technology and clinical research.

His day-to-day work consists of collecting data from hospitals to understand how each patient was treated from the moment they entered the center until they left. This data includes the age, gender or diagnosis of each inmate. “With this information, we want the hospital to improve its management. For example, shorten waiting times or reduce mortality,” he explains. Rodríguez knows he “didn’t have the right training to work in this world” because data scientists are often statisticians or engineers. Despite this, he has been in this field for a year and recognizes that with Big Data it needs more and more specialized profiles, “because in the end not only information is generated, but we can store it to later analyze it and use it, to create projections,” he says.

Javier Pérez Lafuente studied law and business administration at the University of Zaragoza and joined Smartme Analytics in 2017 in a position as marketing. Soon after, he became interested in learning more about the data his company handles. “I noticed very quickly that I feel very comfortable with problems big data and that the industry has a bright future, but I knew I clearly lacked the education because I hadn’t prepared for it,” he says. However, he didn’t want to pay for a master’s degree, so he decided to do his own training. He has signed up for online courses, many of which are free.

Today, at the age of 28, he is a data analyst. Your job is to draw conclusions from consumers. He gives an example: “Let’s say there’s a client who wants to know how to use Instagram to get people who don’t usually watch TV to do it. I take all the data we get from this application and turn it into information. It’s not just data anymore, but we understand it and know how to use it to achieve the desired goal,” he explains. Pérez has been with the same company for five years and hasn’t had to look elsewhere, but has received a dozen offers. “It’s very comforting to know that there are so many options,” he says.

Ana Manzanares Villarán, 31, has a curiously named position: solution engineer, or solution engineer in Spanish. “Actually, my role is the link between the customer and my company,” he clarifies. “It’s a role that’s not just technical, but involves a lot of contact with the customer: understanding what problems they’re having and how our technology can help solve them. It is not a role that requires a specific course of study, rather dynamic and flexible people with a commercial vocation are being sought,” he summarizes. Manzanares has held this position since last February Letter, a company specializing in geolocation and data. She has a degree in geography from the University of Seville but admits she has always been fascinated by data and has studied and studied programming languages software alone.

At Carto, Manzanares carries out all kinds of projects at national and international level, but especially those related to sustainability. Your task is to first conduct a meeting with the client to understand what he is looking for. It then carries out proofs of concept, in which a solution is developed for the customer based on the relevant data. These solutions are typically mobile or web applications. “From there we present it to the customer, we receive it return message [respuesta] and we decided on the next steps,” he summarizes.