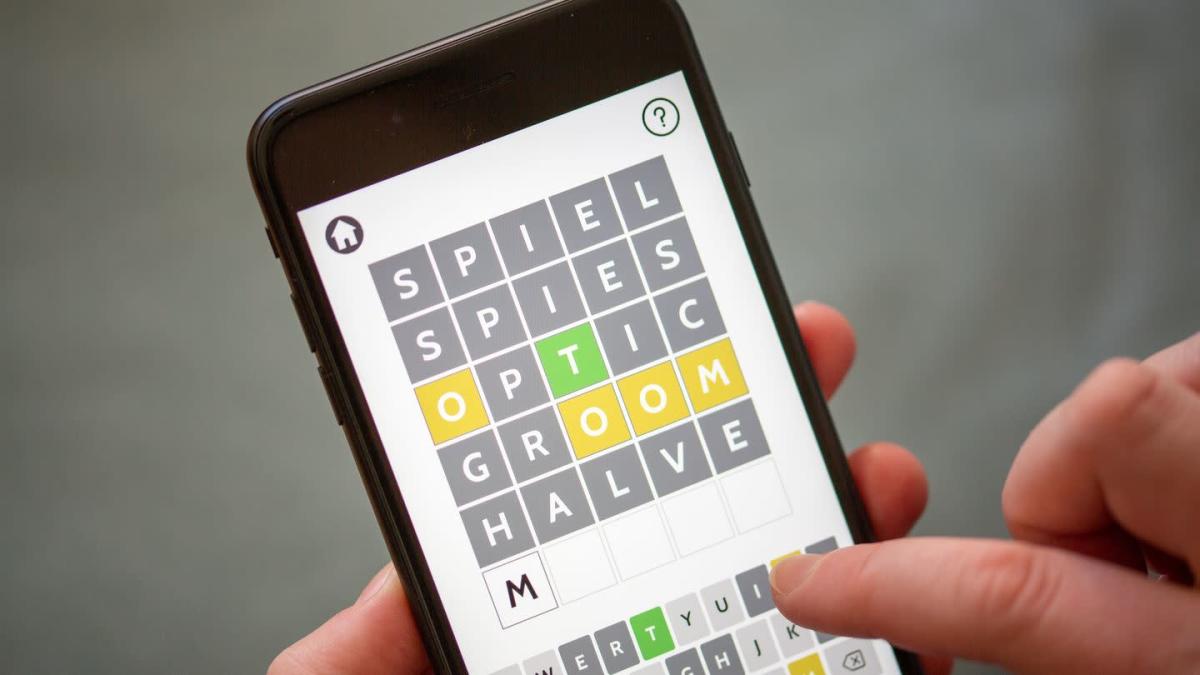 Berlin / New York (dpa) – The online letter puzzle “Wordle” seems to be the trending game of the year: Every day, millions of people around the world search for the word of the day.

Software developer Josh Wardle’s game was originally intended as a gift for his girlfriend. Then “Wordle” was launched as a web app, and it took the internet by storm. In the meantime, there are some crazy adaptations and stats.

An overview of a hype and its consequences:

With “Wordle”, users have six attempts to guess a five-letter word. There are color hints after each attempt: letters that have been placed correctly are colored green, letters that do not appear are colored gray. If a letter appears but not in the written position, it turns yellow.

Two factors favor the success of «Wordle»: There is only one Wordle puzzle every day. Additionally, users can forward their results to their friends via social networks like Twitter or WhatsApp without spreading the word. Therefore, a player can show pride when he guessed the word of the day in two tries, or dramatically on the last try. The success speaks for itself: According to The New York Times Company, millions of people play Wordle every day. The parent company of the “New York Times” took over the game in late January, according to the publisher at a price in the “lower seven-digit range.”

Since there is only one Wordle each day, there are plenty of possibilities for copycats. For gamers who can’t get enough, there are now numerous alternatives on the market. For fans of “Wordle” in German, there are “Wördl” and “6mal5”, where you can guess German words. With “Hello Wordl” or “WordGuessr” you can specify the desired length of the words in advance, with “Octordle” you can guess eight terms at the same time. “Heardle” is for music experts: it’s about songs you have to guess based on their opening sequences. In “Worldle” a country has to be recognized by its outlines, while “Nerdle” is for lovers of numbers. Sports fans can use “Who are you already?” Guess footballers based on the data – with this application, the hype of “Wordle” smoothly changes in the direction of the game “Who am I?”.

When there’s a lot of hype, parody versions aren’t far behind: in “Sweardle” you’re looking for swear words and curses, in “Absurdle” the word you’re looking for is changed during the puzzle round to make it difficult for the player. . In “Letterle”, a letter must be guessed correctly, so this is more for friends than the toss of a 26-sided coin.

The idea of ​​the game is much older. In 1987, the TV show “Lingo” was launched in the US with a very similar principle. Two years later, an adaptation became a long-running hit on Dutch television, then in France, and most recently in the UK. In Germany, the adaptation of “Lingo” “5 times 5” was broadcast on Saturday 1 from 1993 to 1994.

At first, only developer Wardle and his girlfriend Palak Shah were handling the game. After the release in October 2021, “Wordle” played 90 people on November 1, according to Wardle. Two months later, there were 300,000 people, and soon after “Wordle” passed the million mark, and the trend is increasing. “If you’re like me, you wake up every morning thinking about Wordle,” said Jonathan Knight, general manager of The New York Times Games. “It brought us all a little closer.” It’s just a fun game, Wardle told the New York Times. “It’s something that encourages you to do it for three minutes a day. No more.”

Since “Wordle” has already conquered almost the entire world, the creators of the “WordTips” website evaluated thousands of tweets using geographic data and created a country ranking. According to this, the Swedes are the kings of the world, they need an average of 3.72 attempts. Germany is in the middle with 4.01 attempts.

A tip for potential beginners: Experts have found perfect starter terms that contain as many common letters as possible. In the English and German versions, players with “Adieu” and “Agent” do especially well.

- Advertisement -
Share
Facebook
Twitter
Pinterest
WhatsApp
Previous articleSteel, paper: the cost of energy is holding back the industry in Germany – Economy
Next articleStuttgart scores a point for Unión: Thanks to Sosa and Sasa – Sport