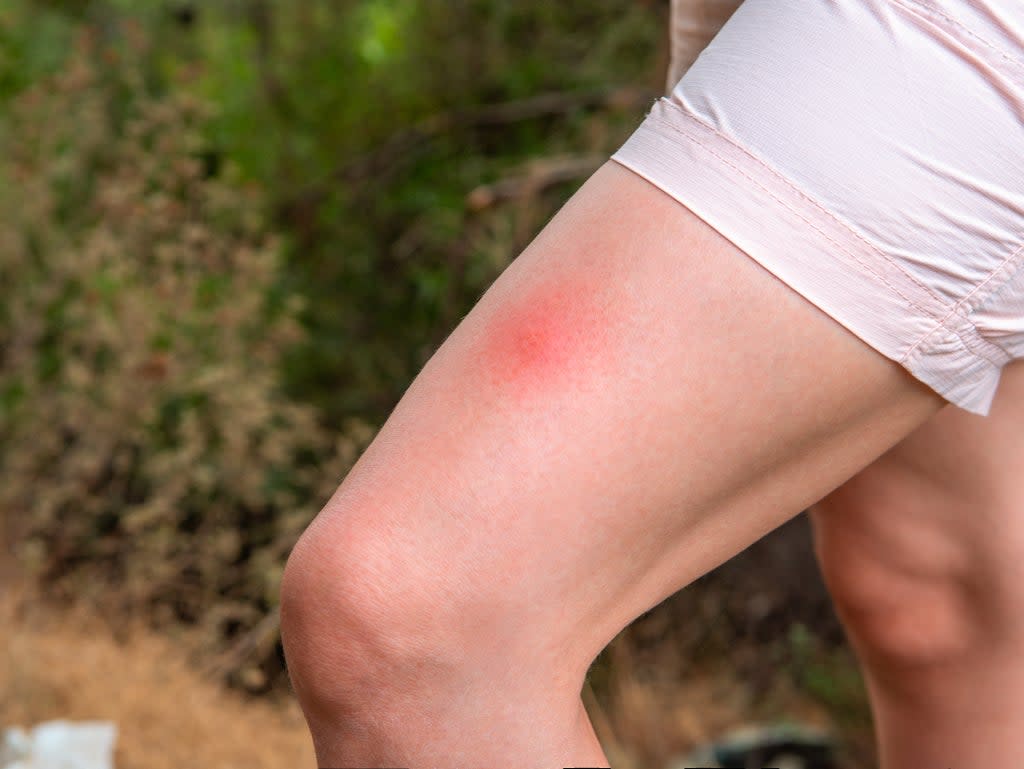 A woman is receiving specialist care in London for a life-threatening Ebola-like illness.

Crimean-Congo hemorrhagic fever (CCHF) is a viral disease usually transmitted by ticks and cattle in countries where the disease is endemic.

The patient, who had recently traveled to Central Asia, was diagnosed at the Cambridge University Hospitals NHS Foundation Trust and is receiving specialist care at the Royal Free Hospital in London.

She is only the third known case of the fever in the UK, with previous cases reported in 2012 and 2014.

Dr Susan Hopkins, senior medical adviser at the UK Health Security Agency (UKHSA), said the virus “does not spread easily between people and the overall risk to the public is very low”.

She said the agency was working to contact people who have been in close contact with the woman to assess them and provide counseling.

The scientist added: “UKHSA and the NHS have well-established and robust infection control procedures for dealing with cases of imported infectious disease and these will be strictly followed.”

According to the World Health Organization (WHO), the disease has a mortality rate of 10 to 40 percent.

If patients die, it is usually in the second week of infection.

In patients who recover, improvement usually begins on the 9th or 10th day after the onset of illness.

The disease was first described in Crimea in 1944 and was given the name Crimean hemorrhagic fever.

In 1969 it was recognized that the pathogen causing Crimean hemorrhagic fever was the same as that responsible for a disease identified in 1956 in the Congo.

The linking of the two toponyms resulted in the current name of the disease and the virus.

Symptoms of the virus come on suddenly and include fever, muscle pain, dizziness, neck pain and stiffness, back pain, headache, eye pain, and sensitivity to light.

Other signs include a rash in the mouth and throat, a fast heart rate, and enlarged lymph nodes.

Dr Sir Michael Jacobs, consultant in infectious diseases at the Royal Free London, said: “The Royal Free Hospital is a specialist center for the treatment of patients with viral infections such as Crimean-Congo haemorrhagic fever.

“Our high-level isolation unit is run by an expert team of doctors, nurses, therapists and laboratory staff and is designed to ensure we can safely treat patients with these types of infections.”

The WHO lists CCHF as a “high priority pathogen” along with other hemorrhagic diseases such as Ebola, Lassa fever, and Marburg virus, as there are currently no effective drugs or vaccines that specifically target fever.

A type of tick known as the Hyalomma tick is the main carrier of Crimean-Congo hemorrhagic fever.

These are not established in the UK and the virus has never been detected in the UK in a tick.

Anyone visiting areas where ticks are found should protect themselves, UKHSA said.

This includes avoiding areas where ticks are abundant at times when they are active, using tick repellents, and carefully checking clothing and skin for ticks.

According to the European Center for Disease Prevention and Control, the affected ticks are found in North Africa and Asia and are also present in southern and eastern Europe, having been recorded in Albania, Bosnia and Herzegovina, Bulgaria, Croatia, Cyprus, France, Greece, Italy, Kosovo, the former Yugoslav Republic of Macedonia, Moldova, Montenegro, Portugal, Romania, Russia, Serbia, Spain, and Ukraine.