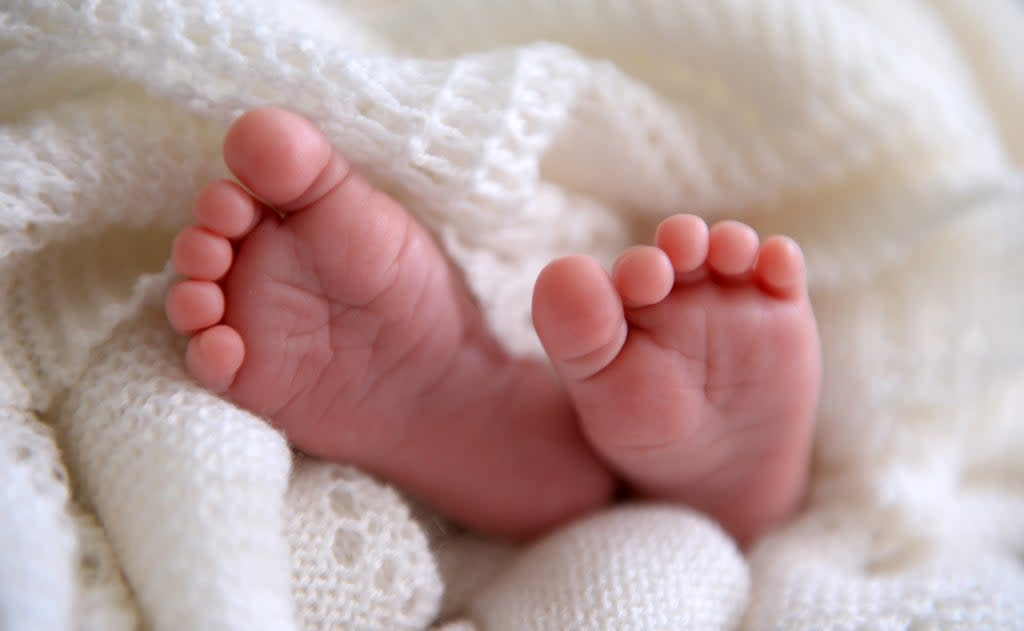 Nine years have passed living “like a prisoner” in “excruciating” pain and Kate still faces waiting for surgery to address horrific mistakes in her postnatal care.

Despite a difficult birth at Leeds General Hospital, Kate described the atmosphere in the trust’s delivery room as “lovely”.

However, her experience quickly deteriorated to “hell” after she was told she had third degree tears and was admitted to a postpartum ward, describing the care she received as “horrible”.

A few days after her discharge, which occurred before she had had a bowel movement, Kate said she was left at home “screaming in pain”, “bleeding profusely from her anus” and “incontinent”.

Despite reporting these symptoms to the maternity department, Kate was told it was a “normal” experience.

“I felt like no one was listening to me,” Kate said.

Eventually, after seven and a half weeks of pain, Kate was sent to a physical therapist, where she described being forced to stand naked in the middle of the room and being told, “We’ve got to get that belly out, you’ve got to work out.” programs”.

“I just cried. She couldn’t sit me down normally; How was she supposed to ride a stationary bike?

Although she reported that she “felt like the world was slipping out of my front and back,” Kate’s medical notes recorded that she had no problems.

After six months, living in severe pain, with flooding diarrhea and unable to leave the house, the NHS told her her symptoms had reduced to postpartum depression.

Throughout this time, doctors maintained that Kate’s symptoms were due to postpartum depression, until more than a year later, tests finally revealed just how poor her physical condition was.

After an operation in 2015 to fix the problem, Kate developed sepsis, nearly losing her life and meaning the wound took 18 weeks to heal.

However, his order did not stop there. He had developed nerve damage, chronic pelvic pain, incontinence, hip pain, and prolapse as a result of neglecting his problems for so long.

By 2022, nine years later, she is now awaiting a colostomy bag operation, the only option to treat her pain.

kate told him the independent:: “Wherever I go I have to plan the whole day. I need to know where the toilets are. I do not leave home. I have felt like a prisoner in my own home for nine years.

“It makes me very emotional to think about everything they have put me through. It has not only affected my life, it has also affected my partner and my family. I’ve wasted so much time I’ll never get it back. She couldn’t enjoy life and do the things that all mothers do with their babies.

“There was no care, no sympathy, nothing. No one cared for me apart from my surgeon in Sheffield. I’ve forgotten what it feels like to feel normal. I can’t remember life without pain.

“No other woman should have to go through something like this. If my story helps even one lady speak up and ask for the help she truly deserves, then I will honestly feel at peace.”

Dr Phil Wood, Medical Director of Leeds Teaching Hospital, said: “I am saddened to hear of the continuing medical challenges experienced by Kate and to confirm that an investigation into her complex medical history has been carried out, resulting in a settlement, accepting that although it was considered negligent, there were elements of substandard care.”

He said the trust continually reviews the quality of care it provides, and while this doesn’t help Kate, it has made a number of changes over the last six years.

Kate was healed by the MASIC charity, a foundation that supports women with serious childbirth injuries.

Jen Hall, Social Media and Website Coordinator for MASIC, said: “Women who have suffered these injuries often suffer in silence due to social stigma and shame and a lack of understanding about the life-changing impact of the injuries. mothers during childbirth. Seeking help is difficult and embarrassing, and many doctors don’t know the problem exists.

“Health professionals are reluctant to discuss long-term effects for fear of scaring pregnant women, and there is a lack of multidisciplinary care within the NHS to support the complex needs of serious perineal injuries. We would like to see better identification, diagnosis and treatment of birth injuries in the NHS and for women’s concerns to be heard and not dismissed as ‘normal’ postnatal experiences.