Without Russian oil from the “Druzhba” pipeline, is that possible? 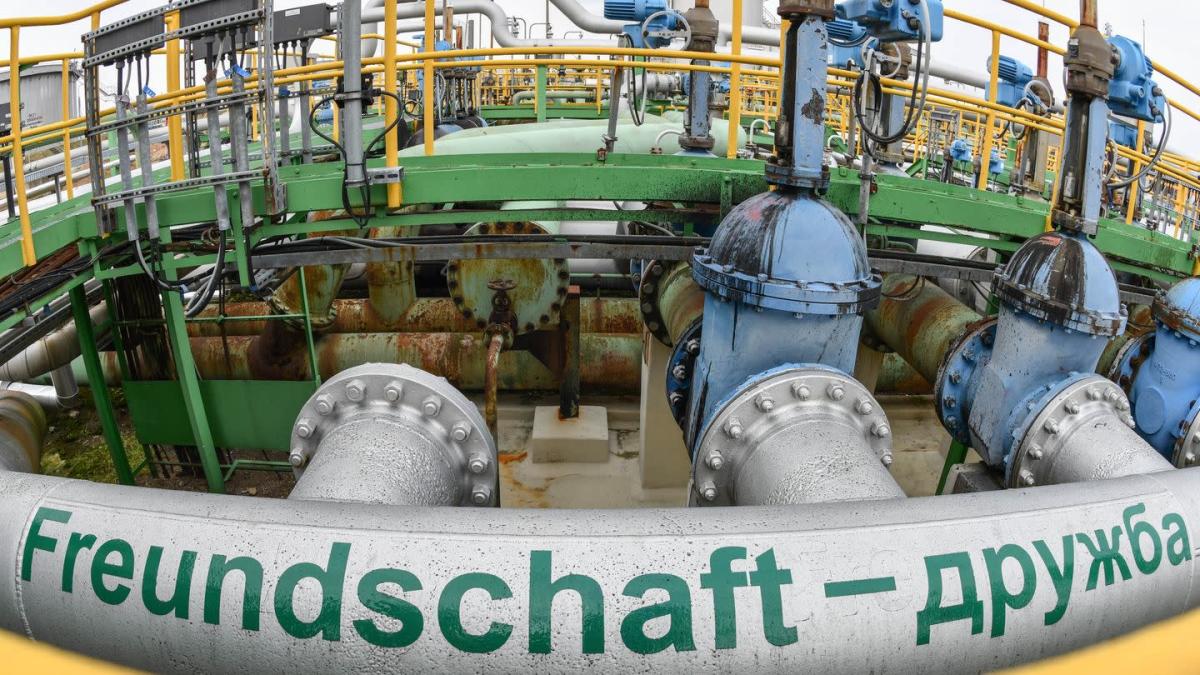 Leuna/Schwedt (dpa) – The “friendship” stretches over 5,000 kilometers: the “Druschba” oil pipeline from Russia through Belarus to East Germany. Russian oil has been bubbling through the pipeline for nearly 60 years.

The refineries in Schwedt an der Oder and Leuna near Halle use it to produce gasoline, diesel or heating oil for thousands of filling stations and homes. Is that going to end soon?

The federal government doesn’t want an embargo on Russian energy because of the Ukraine war. But the pressure is growing. The French oil company Total is already hitting the pegs: it wants to operate its refinery in Leuna without Russian oil in the future. The decision could have far-reaching consequences, also for prices and consumers.

How dependent is Germany on Russian oil?

According to the trade association Fuels & Energy, 34.2 percent of crude oil processed in Germany came from Russia last year. Two-thirds of imported Russian crude came from the Druzhba pipeline and the rest by sea. East Germany is supplied almost exclusively with Russian oil through Druzhba.

It is the lubricant for important parts of the East German economy. According to the industry association, around 54,500 people work here at 160 companies in the chemical and pharmaceutical industry. The focus is the so-called chemical triangle of Leuna, Schkopau, Bitterfeld-Wolfen in Saxony-Anhalt and Böhlen in Saxony. The two refineries play an important role: the Total Energies refinery in Central Germany in Leuna and PCK Schwedt. The latter was almost completely taken over by the Russian state-owned company Rosneft last year, a stake that is currently under review by the Federal Ministry of Economy.

What would an oil embargo mean for Germany?

According to experts, a ban on importing Russian oil would be less drastic than, say, for gas, because oil is easier to buy on the world market and easier to transport. However, Joachim Ragnitz, deputy director of the Ifo Institute in Dresden, expects the impact on prices, fuel supply and the chemical industry.

Hendrik Mahlkow of the Kiel Institute for the World Economy concluded in a model calculation: “Germany would be comparatively less affected if its economic power were 0.2 percent lower in the long run.” He also expects prices to rise. In his opinion, however, an oil embargo could be lifted with state aid for those particularly affected and savings incentives to reduce consumption.

And for East Germany?

The Schwedt and Leuna refineries each process up to twelve million tons of crude oil per year from the Druzhba pipeline. In Berlin and Brandenburg, nine out of ten cars run on Schwedt fuel. Leuna supplies around 1,300 petrol stations in Saxony-Anhalt, Saxony and Thuringia.

If Druzhba dried up, a conversion would be necessary, as IfW expert Mahlkow explains. “East German refineries are calibrated specifically for oil from certain fields in Siberia. Converting them would definitely involve investments.” Additional costs could affect consumers. Also, the conversion would take time. Meanwhile, heating fuel and materials would have to be transported long distances from other refineries, another cost factor. In that case, prices at the pump in East Germany could be a bit higher than elsewhere in Germany, Mahlkow expects.

Ifo specialist Ragnitz also sees difficulties in converting crude oil delivery to sea routes. “There won’t be as many tankers to deliver in sufficient quantities,” he says. “And you can’t build a new pipeline overnight.”

What did Total decide?

However, Total has already set the course for the Leuna refinery with its around 660 employees in this direction: the French group announced this week that it no longer wants to buy Russian oil at the end of this year. In future, they will depend on oil from “international markets”, which will come through the Baltic Sea ports of Rostock and Gdansk and be fed into pipelines.

However, a 100 percent replacement will not be possible, hopes Christof Günther, Managing Director of Infraleuna, which operates the infrastructure at the Leuna chemical site. He asked for support from the federal government to supply the site and other chemical companies in East Germany.

Is something similar expected at Schwedt?

The Russian owner of the PCK refinery is unlikely to voluntarily abandon supplies through the Druzhba pipeline. The uncertainty is still great. In the Schwedt city administration, the phone is no longer silent, says a spokeswoman. Schwedt, which now has around 30,000 inhabitants, was only created in the 1960s when the oil processing plant was built. Many have questions about the future of the refinery with more than 1,100 employees. Providers added.

Are jobs at stake?

IfW expert Mahlkow is quite sure: “A lot of capital is tied up in refineries, which will definitely be able to adapt to new suppliers. I don’t see any danger to jobs in the medium term.” In the short term, you may need help, such as short-term job benefits during the switch. However, the consequences of higher prices for this and other sectors are difficult to assess, even for experts. At the Leuna chemical plant alone there are 100 companies with 12,000 employees. According to Brandenburg’s Economics Minister Jörg Steinbach, if the refineries really had to go offline at some point, they would a clear order of priority is applied: first the population is supplied and second the economy.