With tuition fees and no apartment: the problem of thousands of international students in the Netherlands 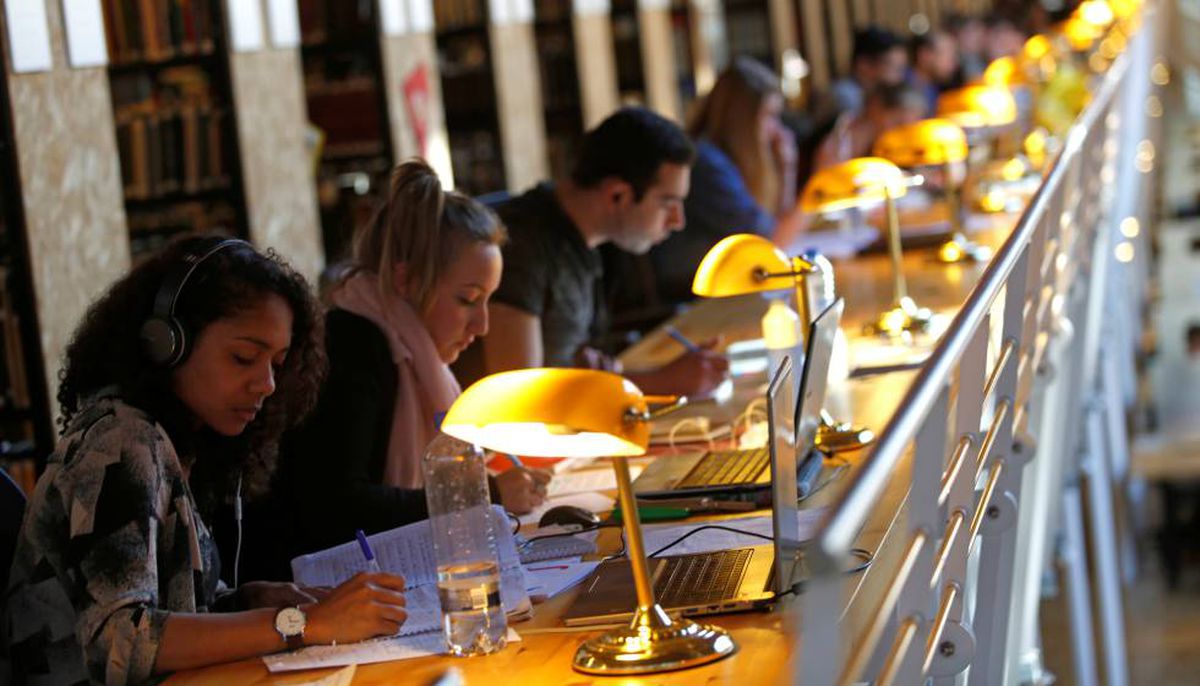 Carmen is a Spanish student enrolled at Wageningen University in the Netherlands. It is one of the world’s leading centers for agriculture and nature conservation, but it has no home in the city of 40,000. The problem has dragged on for years, and Carmen is a fictitious name because she prefers to protect her identity. Like them, thousands of foreign students are enrolled in the Netherlands in the academic year 2022-2023 and cannot find a place to live.

According to the latest figures, a total of 26,500 rooms were missing last year, according to Kences, the organization that represents social housing companies for all students. The academic centers do reserve accommodation for international enrolled students, but this bag does not meet the need, to the point that several on their website are already advising canceling or postponing admissions as a last resort. In the private sector, it is possible to charge more than 600 euros per month for a room in a shared flat.

The Vrije Universiteit (VU) of Amsterdam (Free University) is among those warning international students about the risks they face. “We can accept about half of the new international students. If you find yourself homeless a month before the start of your program, we advise you to reconsider your plans. For example, consider postponing your studies so you have more time to find a place,” the statement said. The University of Amsterdam, the other top center in the Dutch capital, adds that “our agreement with local providers is limited – about 3,000 rooms – and this covers about half of the new arrivals from other countries”. The lack of rooms also affects Dutch students, but their classmates of other nationalities do not have local support networks and are often unaware of the reality of the system, apart from the information provided by the centers themselves.

Carmen says on the phone that she “checks Facebook for an offer in Wageningen all the time” and although “things are coming out” she assures: “They haven’t called me to look at a room yet”. He contacted a group of Spanish residents in the area, and a family provided him with temporary housing so he would not be “left on the streets if all else fails”.

In Amsterdam, Carmen’s story is repeated with JP, another Spanish student, in his case an engineering student. Enrolled at the VU, he speaks to EL PAÍS during a visit to the campus and explains that private landlords make many conditions when renting. “Sometimes they only take people as young as 20 or 21. Other, sharing a flat is only for girls or you have to go very far. I see radii of about 30 kilometers. I sent about a hundred requests and they answered about ten. From this I managed to conduct an interview. And today [por el pasado jueves] I wanted to do another one and they canceled it. They said yes and then they texted me no.” He’s now at a hostel in Utrecht, some 44 kilometers from the Dutch capital, which he hopes to renew every month as he keeps searching.

In the academic year 2021-2022, 115,000 foreign students were enrolled in higher education in the Netherlands. According to the Central Statistical Office, 40% of all first-year students at the universities came from abroad. The same body recalls that the numbers have risen sharply in the last 16 years: in the period 2005-2006 this specific group of university students totaled 33,000. For their part, the Dutch universities, which bring together 14 institutions, indicate that in October 2021 340,346 students were enrolled between courses (bachelor) and Masters. Depending on the degree and career choice, EU citizens can pay between 1,800 and 4,000 euros per year of enrollment. According to the university guides, the rate for the other countries is between 6,000 and 20,000 euros per year.

The Netherlands is a university power of the first rank, although it only has 17 million inhabitants. In the “ranking” of quality, Shanghai occupies nine campuses ahead of the first in Spain. Overall, it holds 13 of the top 700 universities. Brexit has made the country a major draw for Europeans from the EU – there are full degrees in English – who benefit from lower than UK tuition fees and the Community Health Card.

In 2018, the University of Groningen pitched a huge tent for the mostly foreign students with no alternative. There were beds for 90 people and one night cost 12.5 euros. “It’s an emergency solution,” said university spokeswoman Jorien Bakker.

Other Dutch universities, including Maastricht, Utrecht, Twente, Eindhoven and Groningen itself, have issued warnings similar to those of the Vrije Universiteit in Amsterdam. “We are sorry to have to inform you that if you have not found an apartment before September, it is advisable to look for another place to study,” says Maastricht’s digital website. In the same room, the advantages of studying “in an international city where more than 10% of the population are students” are explained. In addition to the lack of space, there are also the demands of the private sector. There are landlords here who only prefer Dutch people, although this is discriminatory. There may be fraudulent offers like other industries, and the boom in tourism has reduced the number of hostels and budget hotels as a resource. At Eindhoven University, they also warn of possible fraud and “avoiding transfers to non-Dutch banks”, a sign that something is wrong.