With the war in Ukraine, the compass of the arms trade in the world turns to Europe 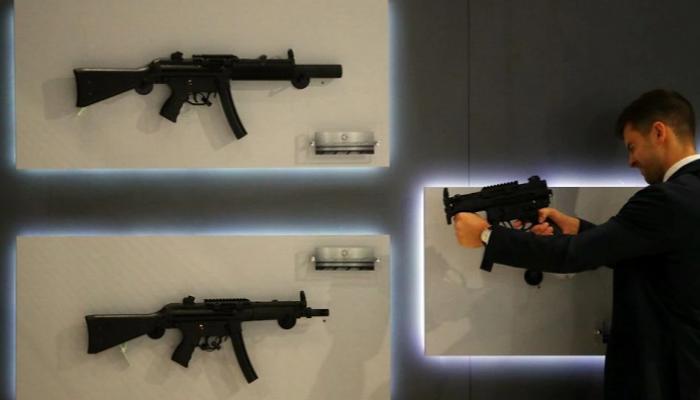 Europe appears to be a strong candidate to be the main driver of the arms trade compass in the years to come, supported by the specter of the Ukraine war and its aftermath.

Europe has achieved the highest growth in the arms trade in the last five years, a trend that is expected to accelerate as several countries on the continent announce the strengthening of weapons to face the new Russian threat, according to a report from reference issued on Monday.

The study issued by the Stockholm International Peace Research Institute, Sipri, revealed that during the period 2017-2021, the global arms trade decreased by 4.6% compared to the previous five years, but increased by 19% on the European continent.

“Europe is the new hot spot,” said Simon Weizmann, who has contributed to the annual report for more than three decades.

“We are going to significantly increase our military spending, we need large quantities of new weapons and a large part of them will come from imports,” the researcher said in an interview with AFP.

Germany has decided to increase its defense spending to a record level in 2022 in the context of the war in Ukraine, according to a budget proposal presented on Monday, as Berlin seeks to exceed a spending target set by NATO in the coming years.

The draft budget, which parliament will discuss in coming days, allocates more than 50 billion euros ($55 billion) for military spending this year, according to a government source, describing the figure as “a record”. The government is also planning a €100 billion “special fund” to modernize Germany’s armed forces from 2022.

In light of the fears raised by the Russian invasion of Ukraine, it is planned to provide the armies of European countries with warplanes, led by modern and expensive American F-35 planes, missiles, artillery and other heavy equipment.

Wezeman said: “Most of these things take some time, the decision has to be made and the orders are taken, then the production, so the problem has been at least a few years. But the reality is that this trend started after the annexation of Crimea in 2014, and we are starting to see its repercussions today.”

He noted that Europe’s share of the global arms trade has increased from 10 to 13% in the last five years, with the expectation that it will continue to increase “significantly”.

Although it is difficult to issue figures on the global arms trade due to the uncertainty surrounding many arms contracts and donations, experts estimate its volume at nearly $100 billion a year.

According to the Stockholm International Peace Research Institute, the Asia-Pacific region has remained the number one importer for the last five years with 43% of arms shipments, and contains six of the ten largest importers, namely India, Australia, China, South Korea, Pakistan and Japan.

Arms trade to the world’s most populous region has decreased by around 5% over the past five years, despite a significant increase in East Asia (+20%) and Oceania (+50%) in light of escalating of tension between Beijing and various Asian capitals.

The institute noted that “the tension between China and several countries in Asia and Oceania is the main driver of (arms) imports in the region.”

The Middle East is the second largest arms market in the world with a 32% share of global imports, an increase of 3%, driven in particular by Qatar’s investments in military equipment in the face of tension with neighboring Gulf countries.

As for the Americas and Africa, their market shares fell sharply to around 6% each.

At the country level, India and Saudi Arabia also rank first in the world in imports with 6% each, followed by Egypt (5.7%) and Australia and China (4.8%).

Among the world’s five largest arms exporters, the United States, which leads this ranking by a wide margin, and France, which ranked third, have significantly increased their share in five years from 32% to 39% and from about 6% eleven %. respectively.

“The French won big orders, especially because they made it a priority” and the country adopted a policy of supporting technology exports “more open than, for example, the United States,” said Simon Weizmann.

Russia retained second place, but its share fell to 19% and its exports fell 26% over the same period, especially due to declining imports from China, which has achieved almost complete independence from Russian arms imports.

However, the isolation imposed on Russia by its military attack on Ukraine and the severe sanctions imposed on its economy may be reflected more in its arms industry.

Weizmann said “certainly there will be more threats from the US side” toward countries that tend to buy Russian weapons, particularly historical customers of Russian military equipment such as Algeria and Egypt.