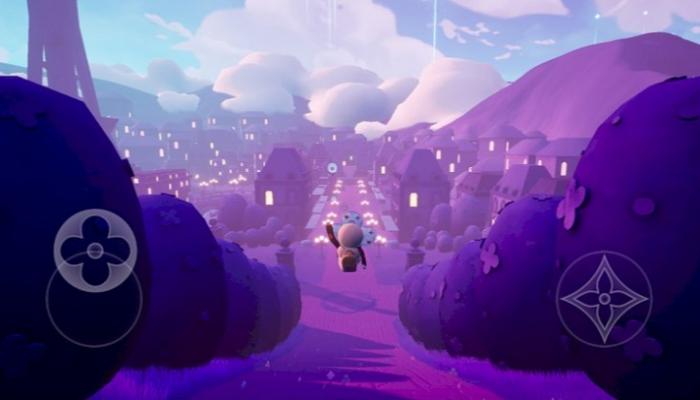 The luxury sector has taken the lead among investors in the new virtual world “Web 3.0”, after adopting the principle of “experience and learn”.

NFT technologies and the metaverse represent a market in which products from the luxury sector receive additional “value”.

Several companies, including “Gucci” and “Burberry”, are delving into NFT technologies and metaverses, a promising field that is considered the future of the Internet.

Metaverse is a parallel world that is described as the future of the Internet and can be accessed through virtual and augmented reality technologies, according to Agence France-Presse.

As for NFTs, they are virtual products whose value lies in a certificate that proves their authenticity and makes them unique.

“The luxury sector is at the forefront of investors in the new virtual global Metaverse and NFT because they share “the same values ​​of rarity, exclusivity, luxury and exorbitant prices”, explains Eric Briones, director of Journal de Luxe.

Owned by François-Henri Pinault, Kering has created collections entirely dedicated to Gucci and Balenciaga, and to the parent company itself.

“Instead of being in the ‘wait and see’ mentality that often represents the attitude of luxury fashion houses, we are in a test and learn phase,” the group’s CEO said during a press conference.

While announcing the annual results of his LVMH group, Bernard Arnault expressed caution about metaviruses, saying: “It’s a completely virtual world… we have to be careful with fake bubbles.”

However, the world’s number one luxury house is immersed in the virtual world of luxury, and its flagship brand, Louis Vuitton, created its own video game for its bicentennial, which featured award-winning NFT products.

A few days after Arnault’s statements, his son Alexander, who is the executive vice president of “Tiffany”, published a new photo on social networks in which he appears as a character from “Crypto Bank”, a group of “NFT” . ” products.

“If you are wondering why most luxury brands are immersed in the virtual world, part of it has to do with the offers available” in this space, said a note issued by HSBC.

A study conducted by Morgan Stanley last November indicated that NFT products and virtual games could account for 10% of the luxury market by 2030, equivalent to $50 billion in revenue.

The Italian brand recently announced a new project that includes “NFT” products, which include “digital, physical and experiential features that take their owners on a journey between real life and the metaverse.”

Eric Briones, director of the Journal de Luxe website, says: “Technology and fashion are gone, but man is still human, with humans obsessed with flaunting their social status”, which explains the attraction of the former “ residents of the metaverse” (the community of “crypto-millionaires”) to luxury products.

Brands are also turning to Web 3.0 to win new customers represented by young men who are heavy Internet users.

HSBC notes that around 70 per cent of NFT shoppers are men, compared to 30 per cent of people who buy luxury goods the traditional way.

And Briones considers that “there is no option” for brands, and says: “If you don’t enter the world of “Web 3.0”, he himself will come to you”, referring to the “Ermes” house, which was not delivered. in this virtual world, and recently filed a lawsuit against a person who designed virtual copies of its famous Birkin bags.

Briones believes that this world is very wide, and while it achieves significant gains for its users, they face many failures at the same time.

He continued: “The first opportunity is to extend the experience from the real world to the virtual world, through “NFT” products linked to existing physical products.

He added, regarding the second chance, it includes completely virtual products that “allow new areas”… He wondered: “Will these products be related to our professions, and will they represent clothes or shoes? Maybe… and they can represent other things as well.”

And he explained that the third opportunity is to “create new services” as “an income for life thanks to a virtual product.” will allow you to sign in the future, make a profit every time the product is sold.

According to Benno, “this opportunity creates a completely different economic equation.”