With the plan confused… How does Al-Ahly face Mars in the face of decision? 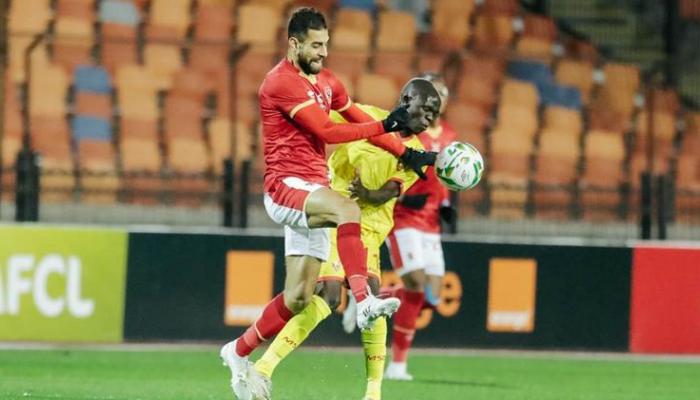 Al-Ahly of Egypt, holders of the African Champions League title, will face a fateful confrontation against Al-Merreikh of Sudan, in the penultimate matchday of the group stage.

The match will be played at the Al-Ahly and Al-Salam stadium in Cairo on Friday night, but it is a home game for the Al-Merreikh team, which chose to play outside the country, after the Confederation of African Football (CAF) refused to approve their stadium in Khartoum.

The South African team Sun Downs leads the first group with 10 points, while Al-Ahly, Al-Hilal and Al-Merikh scored 4 points, which will ignite the competition for the second promotion ticket, especially since Sun Downs is enough to a point. of their remaining two matches to secure promotion as leader.

Al-Ahly have no choice but to win if they want to stay in the tournament, and reach the round of 16, after losing to Sun Downs of South Africa, back and forth with an unanswered goal.

This will greatly push Mosimane to change the game plan, especially as he preferred to play with three in the baseline due to the presence of Hamdi Fathi.

Mosimane is expected to play with his confusing 4-2-3-1 plan that he uses in critical matches, rather than the 3-4-3 he clearly relied on during the last Sun Downs matchup, as the team you will need to intensify your attack in search of victory.

Al-Ahly faced Al-Marreikh in the first match, which they won 3-2, a clear defensive flaw, although the team dominated offensively and created many chances, but conceded two goals due to large spaces behind. line.

Ayman Ashraf can again play mainly on the baseline, to the detriment of one of the two, Yasser Ibrahim or Muhammad Abdel Moneim, after repeating defensive errors in the last stage.

The presence of Ayman Ashraf in the left-sided baseline will give Ali Maaloul more freedom to play attacking roles.

In midfield, Musimani is expected to play the duo Hamdi Fathi and Alio Diang, and take over from Amr Al-Sulayya, who is suffering from severe fatigue, which appeared during the clash with Sun Downs.

As for the attacking line, the quartet formed by Mohamed Magdy “Qafsha”, Ahmed Abdelkader, Mohamed Sherif and South African Percy Tau will be up for the task, with Hussein Al-Shahat and Taher Mohamed Taher as alternatives in the front line.