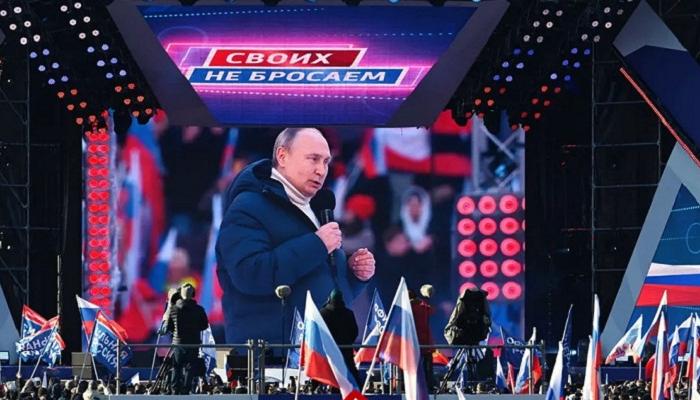 Despite the atmosphere of war and tension, Russian President Vladimir Putin practiced what can be described as “psychological warfare”, seemingly unconcerned, wearing casual clothes and listening to music, among revelers in Moscow during a concert.

On Friday, Putin participated in a popular concert held at the “Luzhniki” stadium in Moscow, on the occasion of the eighth anniversary of his country’s annexation of Crimea, which was totally rejected by the West.

Putin, the former intelligence man, recalled the phrase with which the Russian constitution opens: “We, the Russian multinational people, have a common destiny, we inhabit our land.”
He said during the ceremony that “the goal of the military operation in Ukraine is to put an end to the ‘genocide’ suffered by the residents of the Donbass region.”

“This is what guided the residents of Crimea and Sevastopol when they voted in a popular referendum in favor of rejoining Russia,” Putin added, noting that they had the full right to make this decision, adding: “They wished to have a common destiny.” . with his historic homeland Russia”.

He pointed out that Russia during this period made many efforts to develop Crimea and Sevastopol, including such basic steps as supplying gas and electricity to this region and building new roads and bridges, saying: “It was necessary to bring Crimea out of the humiliating state in the who lived in Crimea and Sevastopol within another country”. 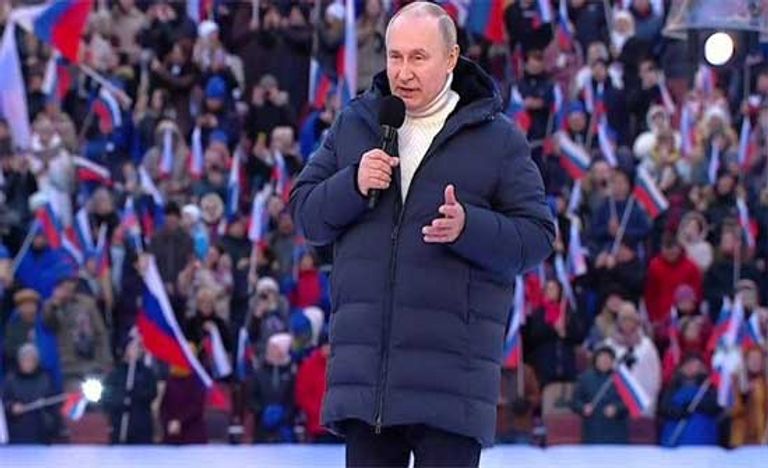 He added that Russia “knows what to do in the future and will exactly implement all the plans presented.”

“Residents of Crimea and Sevastopol took the right step when they formed a solid barrier against neo-Nazis and ultra-nationalists, and that confirms that what happened and continues to happen in other regions is correct,” Putin said.
Putin noted that “residents of Donbass also rejected the authoritarian coup in kyiv, and multiple punitive military operations were immediately carried out against them,” adding that they were subjected to “a siege, systematic artillery shelling and airstrikes.”

“All these things are so-called genocide, and freeing people from this suffering and extermination is the main reason and motive for the military operation that we launched in Donbas and Ukraine,” the Russian president said.

Putin praised the heroism of the Russian military taking part in the military campaign, saying, “We haven’t seen such a unit for a long time.” 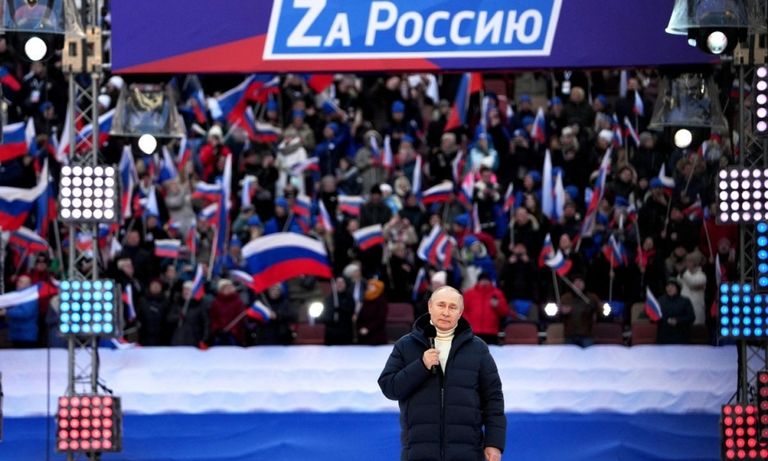 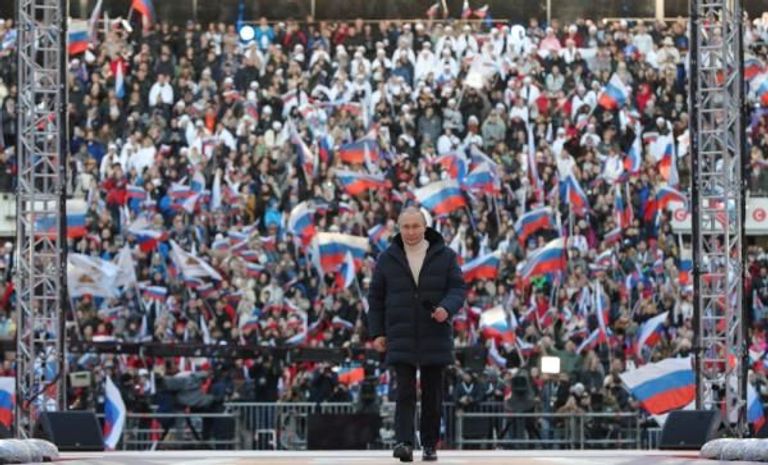