With an official statement, Barcelona surprises Dembélé with a new transformation 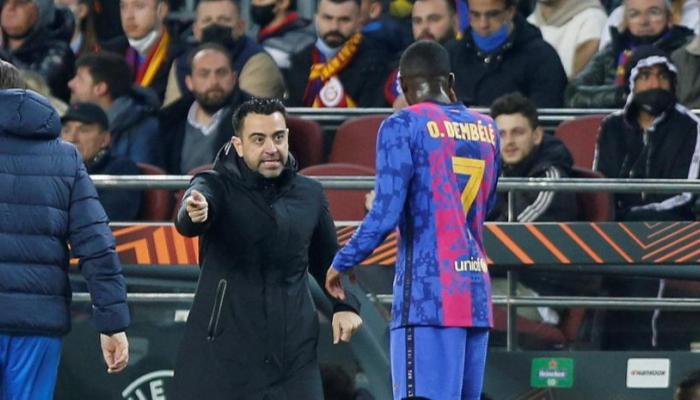 Barcelona has opened the door to negotiations with French striker Ousmane Dembele to sign a new contract in the next period.

The Catalan club had previously announced, last January, the immobilization of the French international after his delay in renewing his contract, which will expire next June, before releasing him and returning him to participate with the team again.

Dembélé had the opportunity to play in Barça’s starting eleven recently, which was evident in the trust that his coach Xavi Hernández placed in him from the start of the Spanish League Clasico against Real Madrid.

The 24-year-old displayed a distinguished level during the match, which contributed to Barcelona’s 4-0 victory, ending the royal team’s dominance of the Clasico for the past two years.

For his part, the vice president of Barcelona, ​​​​Rafa Yusti, pointed out the possibility of reactivating in the future the negotiations that failed between the two parties, as he said in statements published by the Spanish newspaper “Mundo Deportivo”: “As you know, the Negotiations don’t bear fruit at the time, but Xavi tells us he’s a player. Exceptional, and he really is.”

And he added: “I think that Xavi plays an important role with him, especially in the psychological aspect, which helps Dembélé to better understand the style of play, and it is clear that the coach is a reference for the players.”

Therefore, if Dembélé feels more comfortable in the coming months, I think we will meet with his agent again in this case, with the possibility of the player continuing with us.”

This comes in light of reports that Dembele is close to signing a contract with Paris Saint-Germain, to join the team from next season on a free transfer deal.