with a tie on the beach 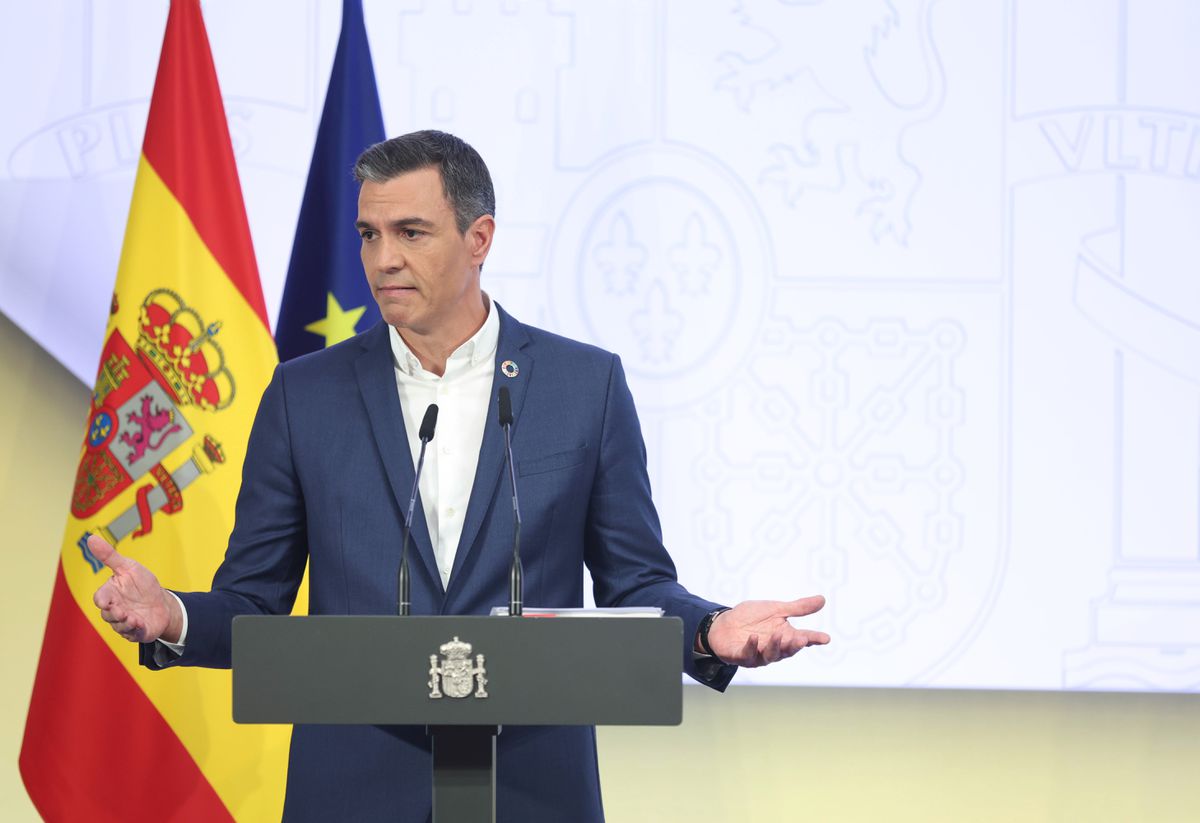 We’ve been talking about ties on Twitter for a few days, all because of one of those presidential gestures that, let’s be honest, don’t do much good. On Friday, he appeared at a press conference in a suit, shirt and no said clothing item and commented that in this way we could help to use less electricity.

It’s true that the tie generates some heat, but the gesture seemed useless considering Sánchez left the lectern to board a helicopter and put it back on, as many on Twitter reminded him. A bit like a smoking doctor recommending giving up tobacco while lighting a cigar. No, if you’re right, but of course…

The tie debate is not new. Back in 2011, then Industry Minister Miguel Sebastián defended that losing weight in the summer helps reduce air conditioning performance. According to Sebastián, energy savings of 7% are achieved per degree. But if that’s true, then why stick with the tie and not continue with the jacket? There are people who are freezing in the office in mid-August because there are two or three gentlemen who believe that a suit is indispensable.

And maybe it is. The question is interesting: fashion says a lot about the society and culture in which we live. Should an MP always wear a tie? Has the suit become a work uniform? Will the Russians give up if they see us in t-shirts?

But the discussion on Twitter went in the other direction. Alongside the criticism of Sánchez’s gesture, something happened that has lasted for some time: when the government indicated that it would be good to consume less meat, photos of Twitter users devouring steaks surfaced; When he spoke about the risks of alcohol, the photos showed wine glasses, and when he warned of the dangers of eating processed foods, images of candy bars and gummy bears emerged. Any executive recommendation was taken as a ban to be blasted with photos on Twitter. I’ll eat donuts ’til my blood is molasses! We must fight communism!

Something similar happened with the tie: someone was photographed in a bathing suit and with a tie around his neckand others have suggested go to the beach with the garment. José Manuel Soto, the singer, tweeted that he was taking her “Even in the gym.” All with the aim of demonstrating… I don’t know exactly what. That the heat makes us more irritable?

I’ve never worn a tie in the summer and not much in the winter either, but from now on I even wear it to the gym…

In fact, many on the other hand, upon seeing this reaction, joked by suggesting false government warnings, such as the banning of “going for a walk in the middle of the day with feathers, scarf, hat and gloves” or what “jump from the skyscraper” It was a “terrible idea”. There was too who parodied the defenders of the ties: “The neighbor, why did I put twelve ties on the dog, he has his tongue out and can’t stand it any longer”.

? LAST MINUTE: Pedro Sánchez prohibits citizens from walking with feathers, scarf, hat and gloves in the central hours of the day in provinces with temperatures above 35 degrees.

This is no longer about ties, but about trenches and interpreting every statement in the worst possible way. For some years now, many have not defined their political options in the general interest or out of private egoism, and not even against it, to defend themselves against worse options. Some vote just to annoy others and even when they annoy themselves. And I say “annoy” because I don’t use any other verb than that style book from EL PAÍS advises against it.

I don’t think anyone goes to the beach in that attire, but I wouldn’t be surprised to see some in a black suit, seven knotted ties, two bow ties and a top hat with the intention of angering the progressives who want us to wear Hawaiian shirts and eat tofu. They have already left instructions, so in his epitaph he writes very large: “He died of dehydration in defense of freedom.”

Previous articleThe Boys season 4: Homelander’s son will play a bigger role
Next articleDia shares are up 11.11% after selling 235 supermarkets to Alcampo for 267 million