With a sarcastic finish, Queiroz reveals the traits of his philosophy before the match between Egypt and Senegal 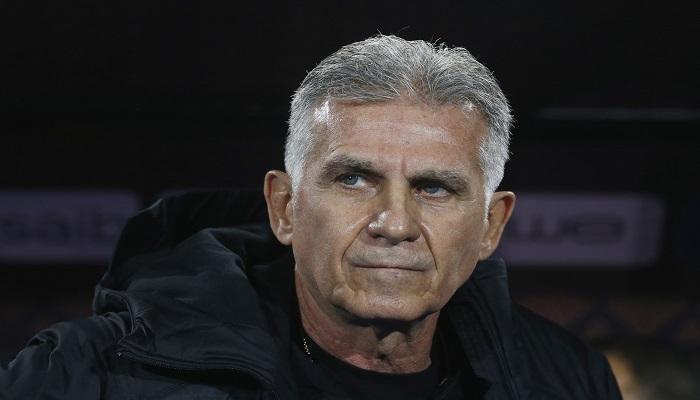 The Portuguese coach, Carlos Queiroz, sarcastically revealed the features of his philosophy before the fateful match against Senegal for the 2022 World Cup qualifiers.

Senegal is preparing to host Egypt next Tuesday in the second leg of the African qualifiers for the 2022 World Cup.

The Egyptian team had defeated its guest Senegal, 1-0, in a match played last Friday night, as part of the first leg of the playoff phase of the African qualifiers for the 2022 World Cup.

During the press conference for the match, Queiroz spoke about his philosophy with the Egyptian national team, saying: “My philosophy is that we never play against anyone, we don’t play against Senegal, Nigeria or the Ivory Coast, but we play against ourselves, every game we played against Egypt”.

He added: “We have a team of humble players and therefore I am confident that we will play a special match against Senegal, if we develop in terms of hard work.”

He added: “Senegal knows that when the Egyptian team controls the ball, we have talented players who are capable of creating magic.”

This particular statement, according to the “In the Joule” website, sparked a state of controversy between Queiroz and the translator, when the latter said in the language of the Portuguese coach: “We are capable of creating miracles”, to be interrupted. by the chariot of the pharaohs sarcastically: “My friend, I did not say a miracle, but magic, leave miracles to the Lord.”

He concluded: “It is unfortunate that the two best teams on the continent for 3 months, play against each other in the qualifiers. If I were the one who made the rules, Egypt and Senegal would have qualified together for the World Cup, directly.” of the African Cup of Nations”.