With 4 combat teams .. “NATO” strengthens its eastern wing in Europe 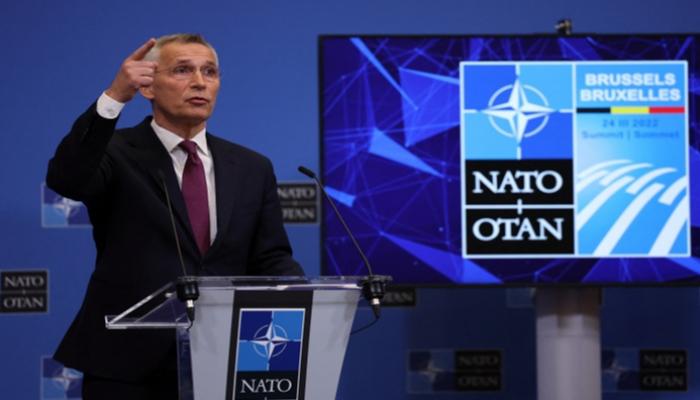 NATO Secretary-General Jens Stoltenberg announced Wednesday in Brussels that the locations of the so-called “NATO battle groups” will be Slovakia, Hungary, Romania and Bulgaria, as part of the alliance’s response to the military operation. Russian in Ukraine.

“This means we will have 8 NATO multinational battle groups along the eastern side from the Baltic Sea to the Black Sea,” Stoltenberg said, ahead of the Extraordinary NATO Summit scheduled for Thursday.

“We are facing a new reality for our security, so we must reestablish our deterrence and our long-term defense,” Stoltenberg added.

The NATO secretary general has accused China of providing political support to Russia in its attack on Ukraine and warned Beijing not to send material support to Moscow’s war efforts.

“China has provided political support to Russia, including spreading blatant lies and disinformation. The allies are concerned that China may provide material support for the military operation in Ukraine,” he added.

“I hope the leaders will call on China to shoulder its responsibilities as a member of the UN Security Council, refrain from supporting Moscow’s war efforts, and join the rest of the world in calling for an immediate and peaceful end to this war,” he said. aggregate.

A message from Zelensky to Japan

In a speech before the Japanese Diet (Diet) on Wednesday, Zelensky renewed his call for a trade embargo against Russia, according to Bloomberg News.

The video address, like other appeals to parliaments in support, was peppered with gestures intended to strike a local chord, such as referring to the 2011 tsunami that devastated northeastern Japan and triggered a nuclear disaster.

He praised Japan as the first Asian country to offer assistance.

Zelensky accused Russia of turning nuclear sites into battlefields, a sensitive issue in Japan, the only country to have suffered a nuclear attack.

It is noteworthy that Japan has imposed strict sanctions on Russia since the start of the war, in line with the United States, its only military ally, while refusing to force its companies to abandon joint energy projects.

The fate of an American basketball player.

In a related context, US State Department spokesman Ned Price said Wednesday in an interview with CNN that “the US embassy in Moscow was allowed to contact detained American basketball player Britney Greiner, and was found to be in good condition. ”

In a related context, US President Joe Biden said on Wednesday that “the possibility of Russia resorting to the use of chemical weapons against Ukraine represents a real threat.”

Asked about Washington’s concerns about Russia’s possible use of chemical weapons in Ukraine as he heads to Europe for a NATO summit, Biden said: “I think it’s a real threat.”