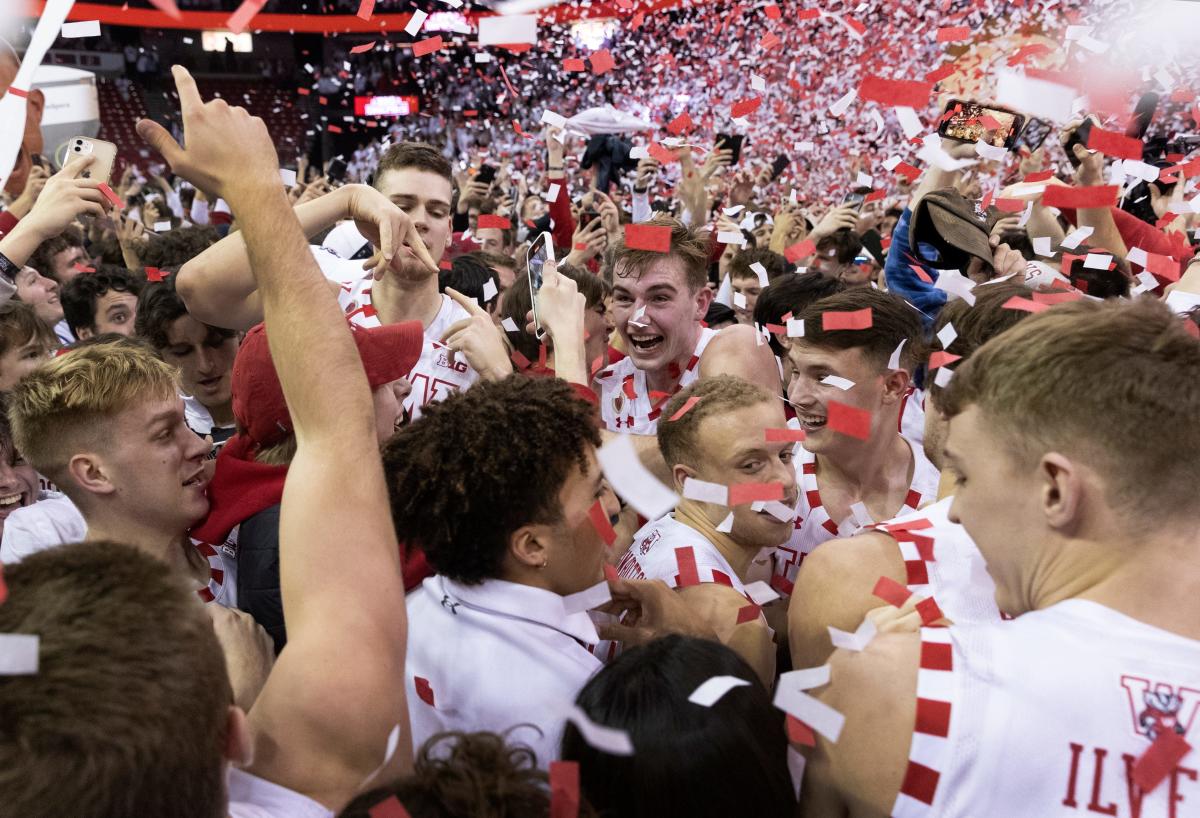 The Wisconsin Badgers men’s basketball team is ranked No. 3 in the Midwest region of the NCAA Tournament and will open at the Fiserv Forum in Milwaukee.

Tipoff is set for 8:50 pm on Friday. The game will be televised on TBS.

The Badgers enter the tournament riding a two-game losing streak following their thrilling victory over Purdue on March 1 at the Kohl Center that gave Wisconsin a piece of the Big Ten title. With a chance to win the outright title five days later, Wisconsin lost to Nebraska in the regular season finale when Big Ten Player of the Year Johnny Davis was injured during the game.

Wisconsin, seeded No. 2 in the Big Ten tournament, was quickly eliminated in the quarterfinals by No. 7 Michigan State, 69-63, on Friday night.

The Badgers are 24-7 and shared the Big Ten title with Illinois.

Last season, Wisconsin was seeded No. 9 in the NCAA Tournament and defeated North Carolina in the first round. The Badgers lost to eventual national champion Baylor in the second round.

The Badgers entered this season unranked in the top 25 polls and were predicted to finish 10th in the Big Ten.

But with Davis establishing himself as a national player of the year candidate and Brad Davison leading the way in his fifth year, the Badgers quickly proved themselves contenders this season with key wins along the way.

They posted a 3-0 record against the teams that made it to the Big Ten title game: 2-0 against Purdue and 1-0 against Iowa. The Badgers’ Maui Invitational championship in late November also produced wins over teams that they advanced to the NCAA Tournament.

The last time the Badgers played Milwaukee in the NCAA Tournament, they advanced to the Final Four in 2014.

That tournament run was best known for the riveting second-round win over Oregon witnessed by a frenzied crowd at the Bradley Center.

Our subscribers make this report possible. Please consider supporting local journalism by subscribing to the Journal Sentinel at jsonline.com/deal.

DOWNLOAD THE APP: Get the latest news, sports and more

This article originally appeared in the Milwaukee Journal Sentinel: Wisconsin basketball will open NCAA Tournament against Colgate in Milwaukee