Wirecard boss Braun is said to have invited special auditors to go on vacation. – Economy 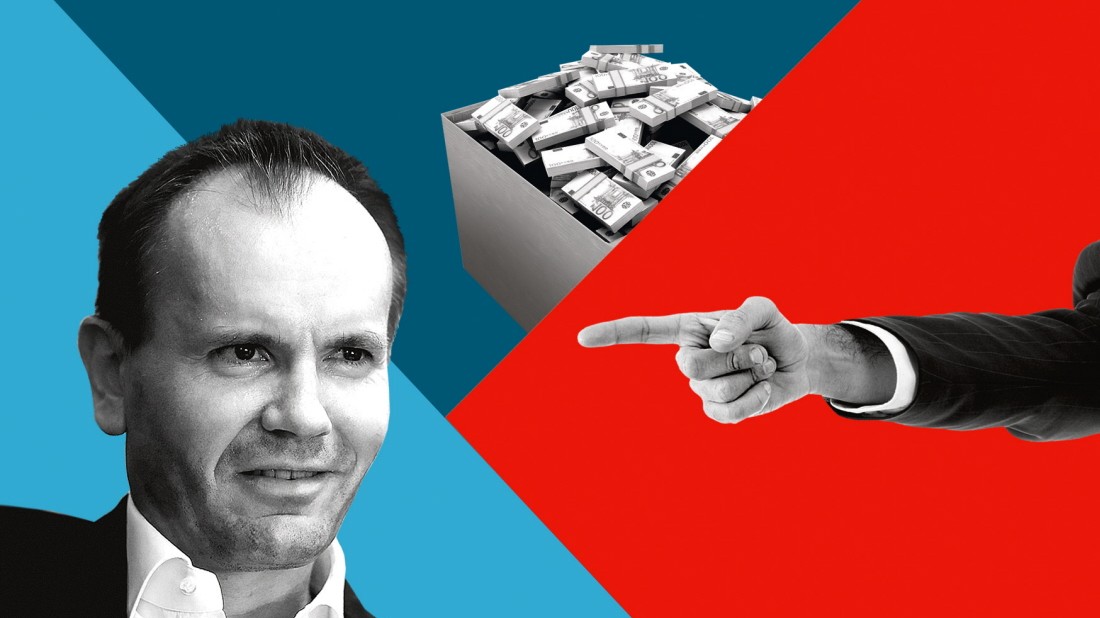 The unusual and strange invitation to a ski trip, which Markus Braun is said to have issued in the spring of 2020 in the last weeks of his time as head of Wirecard, is very reminiscent of the cult song “Schifoan” by Wolfgang Ambros. As is well known, the song goes like this: someone packs their skis at “Freitog auf’d Nocht” and drives to Stubaital or Zell am See to enjoy the weekend in the snow. Because “Schifoan is the leiwaundste”, as the Austrian singer-songwriter Ambros has been singing for decades.

His compatriot Braun owns or used to own a very large and very well located house in the mountains of Kitzbühel, which cost eleven million euros. A ski trip for someone who was supposed to be hexed would certainly have been possible. In any case, Sven-Olaf Leitz, a member of the board of directors of the KPMG auditing company, informed the Munich I public prosecutor’s office about a corresponding offer. Leitz testified just over a year ago, on March 2, 2021, as a witness before the prosecutor. What he put on the record weighs heavily on Braun. He, in turn, continues to deny all the accusations against him.

In the spring of 2020, KPMG hit the Wirecard financial group with a special audit. As things got increasingly difficult for Wirecard, a phone call between Braun and Leitz on April 22, 2020 is said to have been a bit strange, as the KPMG board member recalled. Braun is said to have asked Leitz if he was skiing. No, Leitz wants to have answered. He only snowboards. Braun is reported to have said that when it was all over, he would invite Leitz to his cabin in Austria for a vacation, to go snowboarding. Leitz claims to have gratefully declined.

A Braun spokesperson explained this SZ-Request that the former head of Wirecard had never invited Leitz “to snowboard in his shack in Austria”. “This representation is simply inaccurate.”

The special audit commissioned by the Wirecard Supervisory Board of KPMG in the fall of 2019 ultimately led to the alleged billion-euro fraud at Wirecard being exposed in mid-2020. What Leitz told the prosecution not only weighed on Braun for the supposed invitation to the mountain. Leitz’s statement is said to play a significant role in the charges now brought by the Munich I public prosecutor’s office against Braun and two other suspects for various alleged crimes.

Leitz describes it as Braun not promoting the special, but making it more complicated. That is more or less the opposite of what Braun went on the record during interrogations by the prosecution in late 2020. At the time, Braun said of the KPMG exam that his board colleague, Jan Marsalek, was initially massively opposed to the exam. special. He, Braun, saw it differently and expressed it in a conversation with Marsalek.

Marsalek then said the next day that he would do everything he could to support the exam. Then he, Braun, called the chairman of the Wirecard Supervisory Board, Thomas Eichelmann, and spoke in favor of the exam. Braun also stated that he finally suggested the special stage.

The alleged million-dollar scams had occurred in the Marsalek area of ​​responsibility. The former counselor cannot be questioned about it. He went into hiding in mid-2020 and is being searched around the world. Braun, on the other hand, stayed and was arrested in July 2020. He is still in prison today and denies all the accusations against him.

During his interrogations in late 2020, Braun stated during his interrogations in late 2020 that he wasn’t very involved and then didn’t bother with it anymore. In between, board member Marsalek once complained that he needed more people to work at KPMG. So Marsalek should take more people, Braun replied according to his own statements. The way Braun presented the matter to the prosecution, he was only involved with the special audit a few times and supported it.

Chronicle of a hard special stage

KPMG board member Leitz gave a completely different record during his witness hearing. Leitz testified that Braun gave the impression in the fall of 2019 that he fully supported the special. The exam itself got off to a rather slow start. Wirecard was hesitant to provide the necessary documents. Leitz claims to have pressed in a conversation with CEO Braun and supervisory board chairman Eichelmann on January 16, 2020. Braun is then said to have started explaining Wirecard’s business model; And not for the first time. According to his testimony, Leitz responded that KPMG did not need explanations, only hard facts.

Leitz claims to have given Braun a list of the necessary documents during the conversation on January 16, 2016. Braun is said to have replied that everything should be there, he will take care of it. According to witness hearing minutes, Leitz found Braun’s behavior unusual. During investigations at other companies, he, Leitz, had different experiences. A board member immediately got the entire team lined up and gave clear instructions on what needed to be done and when. He, Leitz, missed it in Braun.

According to Leitz, KPMG did not win any major contracts with Wirecard’s business partners at the time. Leitz informed the prosecution that he had several conversations with Braun. He even called him, Leitz, one Sunday. In a way, Braun tried to influence the test. He had repeatedly asked if KPMG had to have certain contracts, but that was not necessary. According to Leitz, it was about doing business with so-called external partners in Asia and the distributors supported by these external partners. Those were exactly the deals in which Wirecard’s alleged €1.9bn of assets in trust accounts in Asia turned out to be fiction.

Leitz testified as a witness: During another conversation in March 2020, Braun is reported to have said that he could guarantee that this third-party business was one hundred percent genuine. He, Braun, has absolute supreme knowledge. So it shouldn’t be a problem if all the documents came, Leitz claims to have replied.

Braun can’t remember the phrase “knowledge of power,” says his spokesman. However, all of Braun’s statements to KPMG “were based on the firm belief that the third-party business actually existed.” That was actually the case, according to Braun’s spokesman. The Munich Public Prosecutor I sees things differently.

Powerful insight or not: Wirecard published KPMG’s special audit report, which was devastating for the payment service provider, at the end of April 2020. Braun is reported to have said in a conversation with Wirecard’s supervisory boards that he did not there should be more audits. It would have been more correct to avoid the test report rather than publish it, Braun is said to have explained at the time.

That’s what a memo from a law firm advising Wirecard’s supervisory board at the time says. Braun’s spokesman said the former CEO vehemently denied this representation. Braun was the one who “made the final decision to publish the audit report.”

Leitz, a KPMG board member, reported another incident to the prosecutor’s office. At some point, the head of Wirecard at the time, Braun, even said the following to Leitz: Leitz already knew that he had the handle of his electric chair, meaning Braun’s, in his hand. As a witness, Leitz testified that he saw this as an attempt to exert pressure.

It is said that it finally escalated in the second week of June 2020, shortly before the alleged multi-billion dollar fraud was exposed and Wirecard collapsed. According to Braun, Leitz said during a phone call that KPMG’s trust in Wirecard had run out. It doesn’t work that way. The KPMG decides what is checked and how. Braun is said to have replied that he would then have to consider taking legal action against KPMG.

Braun’s spokesman explains these statements by Leitz: “This representation is inaccurate.” Braun’s spokesman insists the Wirecard boss at the time didn’t just campaign for KPMG’s audit. He “rather started the special test himself.”