“Wind from the North”… Germany’s latest attacks on Hezbollah 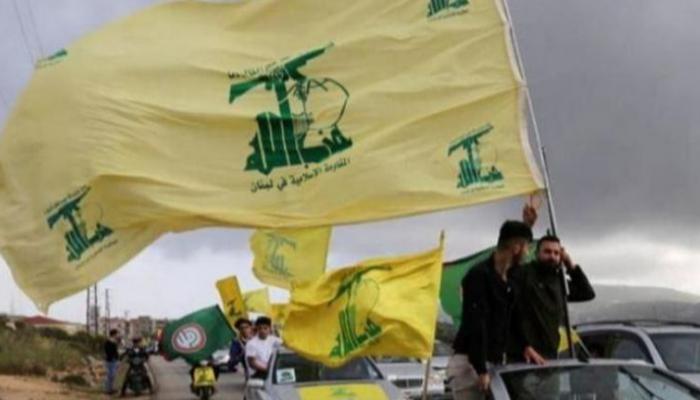 Since April 2020, the German authorities have led relentless attacks against the Lebanese terrorist group Hezbollah to uproot all its branches in the country.

The latest German step was the decision by the Interior Ministry in the “northwestern” state of Bremen to ban the Hezbollah-affiliated “Mustafa Society,” German media reported, citing a ministry statement today.

According to the statement, the association is close to the Lebanese terrorist organization “Hezbollah”, and has been under surveillance by the Constitutional Protection Authority, “Internal Intelligence”, for years.

Under the ban, the Al-Mustafa Association is required to close its doors, prevent the display of its logos and symbols in the state, as well as ban the youth group associated with the association, known as “Scout Team”, and confiscate the patrimony of the association.

The Interior Ministry in Bremen said the Mustafa Society preaches hatred towards followers of other religions, publishes and promotes dangerous illegal acts such as terrorism, and financially supports Lebanese Hezbollah.

An MP from Bremen, Ulrich Maurer, said: “The banning of this association is absolutely necessary.”

For her part, the expert on terrorist organizations, Sigrid Hermann Marshall, wrote, in a post on her Facebook page, followed by Al-Ain Al-Akhbar, that “Al-Mustafa Society was part of the raids aimed at associations that German authorities suspected of being affiliated with Hezbollah, coinciding with the issuance of the decision to ban the latter from German soil in April 2020.”

According to the German newspaper Die Zeit, the authorities monitored defenders close to Hezbollah in the activities of the Mustafa Society, as well as writings inciting extremism and terrorism within it.

Since the issuance of a decision that prohibited all its activities in 2020, the German security services continue to track the activities of the Lebanese terrorist Hezbollah on its territory and warn of its dangerousness.

On April 20, 2020, Germany announced a total ban on Hezbollah activities, months after the Federal Parliament issued a recommendation on the matter.

Since then, the Constitutional Protection Authority (internal intelligence) in Germany has been working to monitor the activities of individuals affiliated with the terrorist organization in all states of Germany, according to reports from the authority, which “Al-Ain News” published only recently.

In this context, a recent report by the Mecklenburg-Vorpommern branch of the Constitutional Protection Authority said: “One of the outstanding government actions against Islamic extremism in 2020 was the prohibition of the activities of the terrorist organization Hezbollah.”

According to the report, a copy of which was seen by Al-Ain News, “the justification for the ban was the fact that Hezbollah is fundamentally opposed to the idea of ​​an international understanding,” noting that “there are still 1,050 people linked to Hezbollah in Germany “.

Another report from the Berlin branch of the Constitutional Protection Authority indicated that Hezbollah is backed by Iran, and its supporters rarely act openly in Germany, indicating that the terror party follows a pattern of secrecy in its activities.

The same report added: “According to the ban decision issued in 2020, all Hezbollah activities are prohibited in Germany, and it is prohibited to support the party and spread its slogans. The ban mainly affects the party’s flag and the Imam’s slogan.” . Explorers of the Mahdi”.

Additionally, Hezbollah assets in Germany were seized and confiscated for the benefit of the federal government.

The report noted that “Hezbollah does not have a unified structure in Germany. Instead, party supporters meet in associations of individual local mosques on German soil.”

The party’s ban represents a major setback for its supporters in Germany, as it hampers the party’s propaganda activities in the future, according to the report by the North Rhine-Westphalia branch of the Constitutional Protection Authority. . .

Look for any loophole

While the terrorist party is trying to find some loophole for activity in Germany, and to make millions of euros in donations as was the case in the past.

The latest of these attempts is the establishment of elements linked to Hezbollah, a cultural association that runs a Shiite mosque, in the western German city of Bad Oeynhausen, but security authorities were on the prowl.

According to a recent report in the German newspaper Neue Westfelsche, elements linked to the party run this association, similar to the religious associations from which the Lebanese militias obtained millionaire donation money, which ultimately goes to finance military activities in the region in the implementation of an Iranian expansionist agenda.

However, the newspaper “Neue Westfelsche” noted that the Constitutional Protection Authority supervised this movement and put the association and the elements it leads under supervision.

On April 30, 2020, Germany announced the total ban on Hezbollah on its territory, in a decision that includes the cessation of the party’s activities and the lifting of its symbols, banners and slogans throughout the European country.