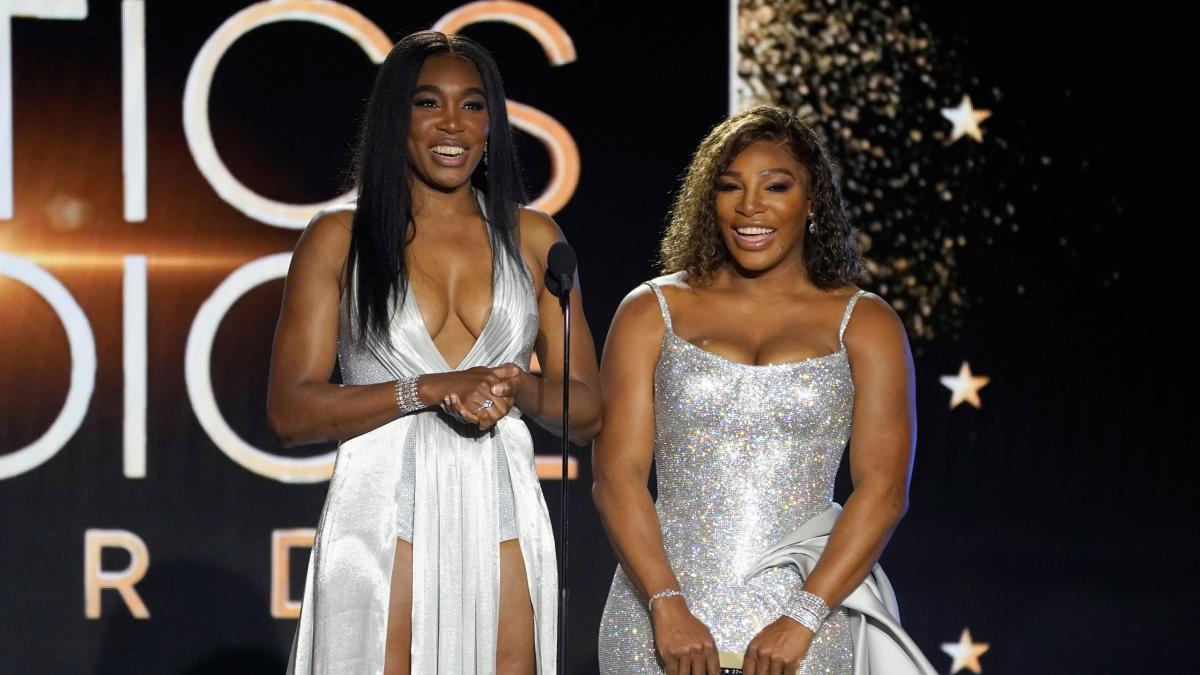 Tennis stars Venus and Serena Williams said there couldn’t have been a better tribute to their father than Will Smith’s portrayal of him in King Richard.

The sisters took the stage at the Critics Choice Awards (CCA) to present the award for best drama series and said that seeing their stories told in the film was “one of the most special experiences of our lives.”

Both served as executive producers on the film, but did not agree to put their names on the project until it was finished.

They received a standing ovation from the CCA audience and joked that attendees were “so much better dressed” than they are at tennis tournaments.

The sisters thanked Smith and Aunjanue Ellis for their “perfect” portrayal of their father and mother, as well as Demi Singleton and Saniyya Sidney, who played their younger versions.

“You two made it through being young and the chemistry between us as sisters was amazing,” Venus told the youngsters.

Serena added: “And what can we say about Will Smith, I don’t think there has ever been a better tribute to our father than the performance you delivered, Will, thank you.

“Seeing our story on the big screen is one of the most special experiences of our lives.”

King Richard follows the story of the world-class players and the vigorous training they received from their father Richard Williams.

Serena is one of the most decorated tennis players of the modern era, having won 23 Grand Slam titles and is widely considered one of the greatest players of all time.

Her sister Venus has also won numerous titles, and both have had long stints as world number ones, as well as winning Olympic gold medals for Team USA.

Smith paid tribute to the sisters in his acceptance speech for best actor at the CCAs, saying the pair “defined the American dream.”

“You all define the American dream, you represent the best of what we all hope this country and this world can be.”

Smith also won the award for leading actor at the Baftas in London that same night.

Dog Power director Jane Campion later asked the sisters if they would give her tennis lessons, in her acceptance speech for best director.

“It’s absolutely amazing to be here tonight among so many incredible women…Venus and Serena, what an honor to be in the room with you,” she said.

“I have dedicated myself to tennis… if you want to come and give me lessons, I would love to.

She added: “You guys are wonders however you don’t play against the guys like I have to.”