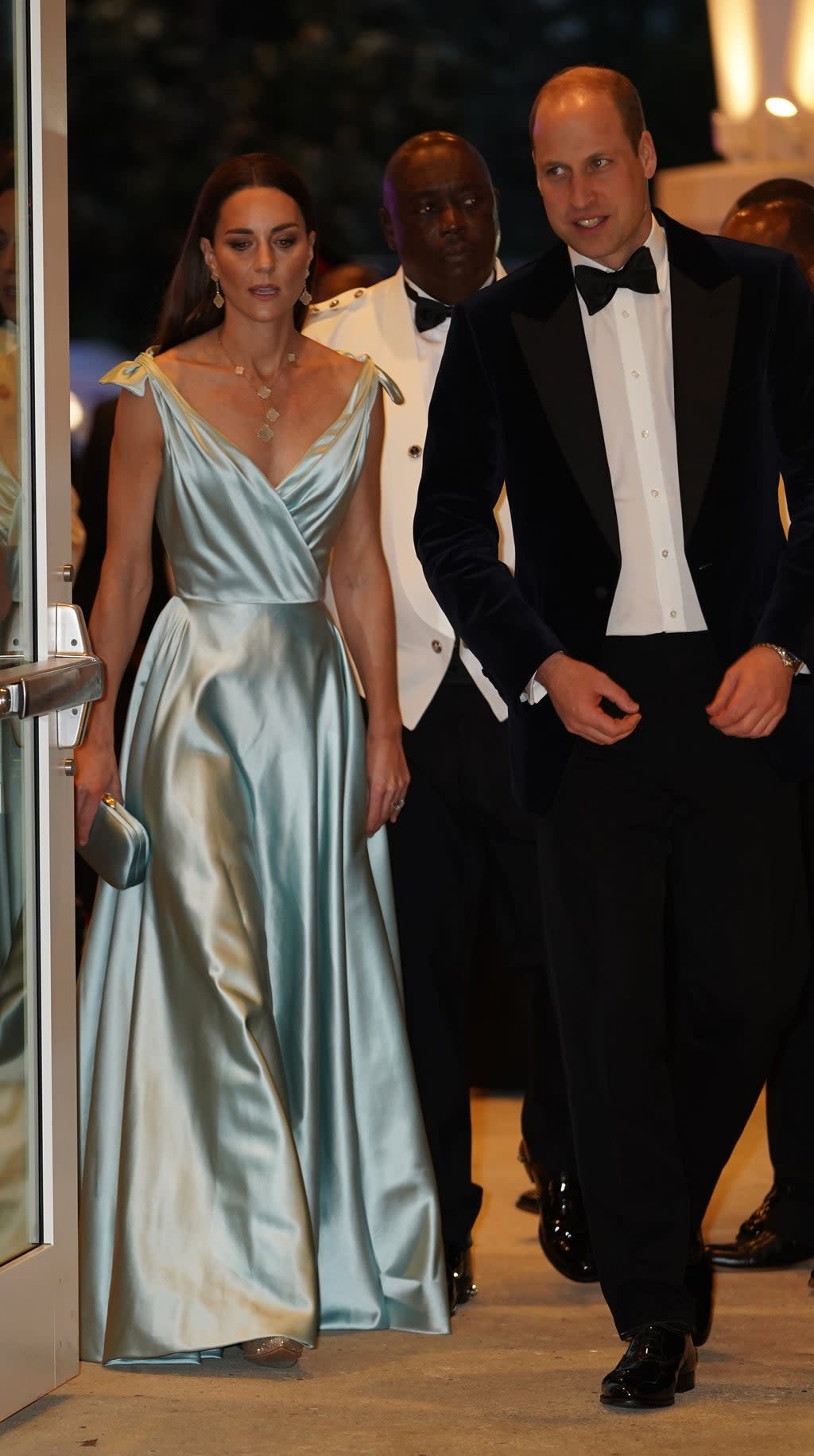 The Duke of Cambridge has indicated that any decision by Jamaica, Belize and the Bahamas to break with the British monarchy and become republics will be supported with “proud and respect” by the United Kingdom.

William visited all three nations during his Caribbean tour with Kate, and his comments will reverberate in the region where five other countries also have the Queen as head of state.

Speaking on the penultimate night of Cambridge’s visit to the Bahamas, the future king told guests, who included the country’s Prime Minister Philip Davis, that whatever the future holds, ties between the UK and the nations will “endure”.

The Duke said: “I know that next year you are all looking forward to celebrating fifty years of independence, your golden anniversary.

“We proudly and respectfully support his decisions about his future.

Barbados made the historic decision to replace the Queen as head of state in November, electing its first president during a ceremony witnessed by the Prince of Wales.

William’s comments are likely to be interpreted as an acknowledgment of the forces already in motion, as Jamaican Prime Minister Andrew Holness suggested to the couple that his country could be the next to become a republic.

He told the Cambridges that when he welcomed them to Kingston on Wednesday, Jamaica was “moving forward” and intended to “fulfill our true ambitions and destiny as an independent, developed and prosperous country.”

A few days after the royal family left Belize, the government of Prime Minister Johnny Briceño indicated that the People’s Constitutional Commission, a new body, will consult throughout the country on the issue of the continued decolonization process.

“Maybe it is time for Belize to take the next step to truly own our independence. But it is a matter for the people of Belize to decide.”