William and Kate: What matters is a better future for the people of the Commonwealth 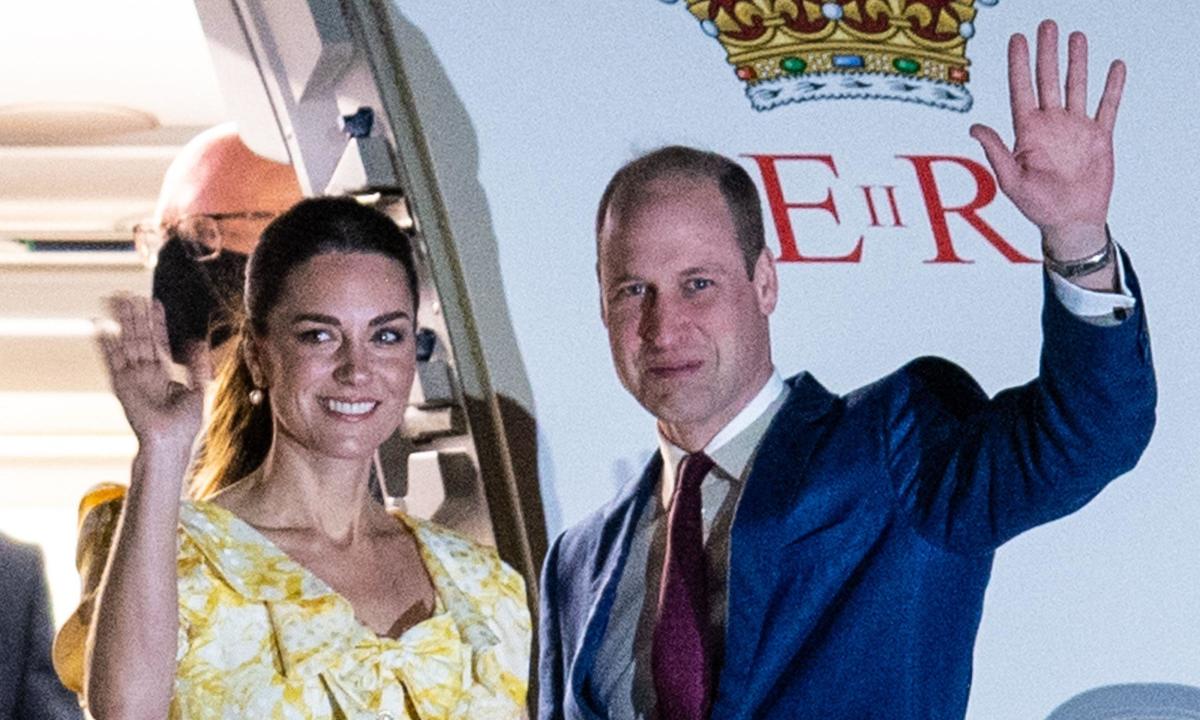 Royal couple say they are ‘committed to service’, which is not ‘telling people what to do’, at end of Caribbean tour

The Duke and Duchess of Cambridge have insisted they are only interested in a “better future” for the Commonwealth, not who runs it, at the end of their Caribbean tour.

William said that the foreign tours were an “opportunity to reflect” and that he and his wife were committed to “serving and supporting” the people of the Commonwealth, without “telling them what to do”, in a statements posted on the couple’s Twitter account.

After William said Friday that the UK would support with “proud and respect” any decision by Jamaica, Belize or the Bahamas to secede from the British monarchy, he issued a statement acknowledging that the tour had put “more focus on acute questions about the past”. and the future”.

The couple visited all three countries on a week-long tour to mark the Queen’s platinum jubilee and were met with calls for reparations for slavery and fury over the Windrush scandal.

William has reportedly called an emergency summit with his top advisers following criticism of a tour that was marred by protests, according to the Daily Mirror, with other newspapers reporting the heir to the throne will use the aftermath of the tour to modernize the monarchy.

In the statement, the Duke wrote that the couple “learned a lot” from touring abroad, such as “what is on the minds of Prime Ministers,” an apparent reference to comments by Jamaican Prime Minister Andrew Holness, who suggested to the couple that their country could become a republic. Holness said that Jamaica was “moving forward” and intended to “fulfill our true ambitions and destiny as an independent, developed and prosperous country.”

William wrote: “I know this tour has raised questions about the past and future even more. In Belize, Jamaica and the Bahamas, that future is decided by the people. But we have really enjoyed spending time with the communities in all three countries, understanding more about the issues that matter most to them.”

He said he and Kate were “committed to service,” adding: “For us, that’s not telling people what to do. It’s about serving and supporting them in whatever way they see fit, using the platform we’re lucky enough to have.”

William said tours like the one that had just ended “reaffirm our desire to serve the people of the Commonwealth and to listen to communities around the world.”

He wrote: “Who the Commonwealth chooses to lead their family into the future is not what I have in mind. What matters to us is the potential that the Commonwealth family has to create a better future for the people in it, and our commitment to serve and support the best we can.”

Related: After that disastrous royal tour, is the sun finally setting on the Commonwealth? | Moya Lothian McLean

Speaking at a reception in the Bahamian capital Nassau on Friday, where guests included Prime Minister Philip Davis, William acknowledged that the three states’ relationship with the royal family was changing. “Next year, I know, you all look forward to celebrating 50 years of independence, your golden anniversary,” he said.

In reaction to the couple’s statement on Sunday, Dr Shola Mos-Shogbamimu, activist and author of This is Why I Resist: Don’t Define My Black Identity, tweeted: “This thread shows that Prince William is fake and demonstrates zero intent for Reconciliation/Truth and Justice for enslaved/colonized nations. He lacks good judgment about racial and social injustice and his ‘service’ feels performative. Missed opportunity to lead #RoyalVisit.”