Will you return to Ecuador? Alejandra Jaramillo reveals how her life has changed since living in the United States 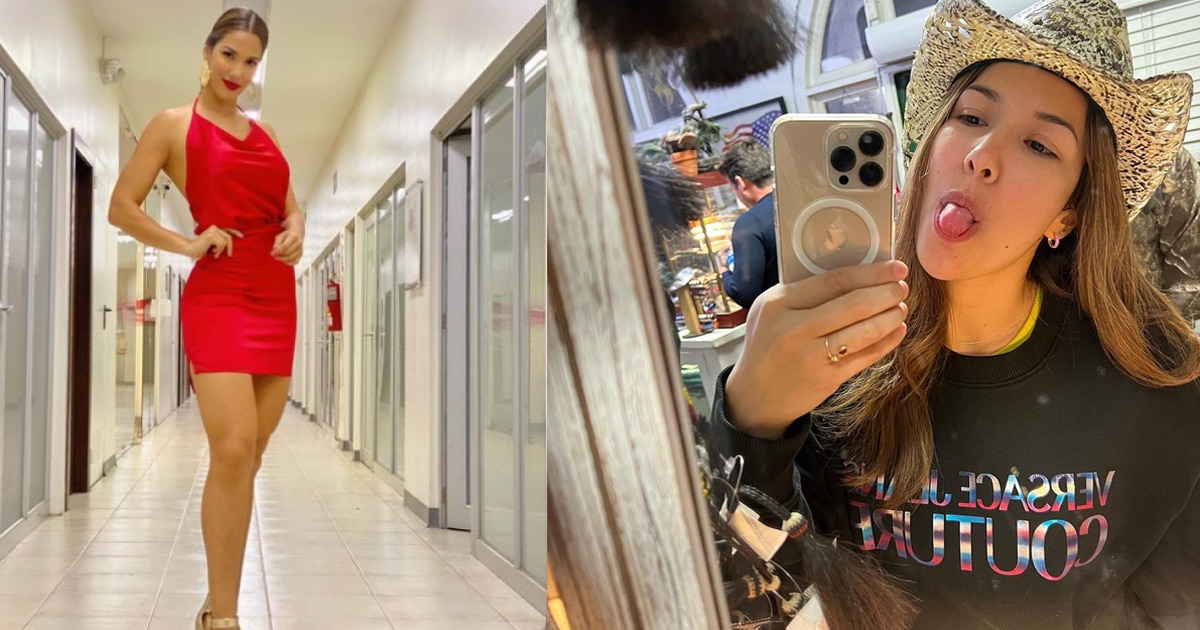 The Ecuadorian presenter and actress, Alejandra Jaramillo, gave an interview to Henry Bustamante, exclusively from Miami, for the television program En Contacto, where she assures that the change has been difficult. However, being with his son and the new challenges presented to him are valued and appreciated on a daily basis.

“Time passed very quickly and it was a sudden change for me, because it’s only when you live it that you don’t realize things. If I went back in time, to November 22, I was calm and serene, but now I felt the reality of being in another country which is not easy at all, but I try to adapt “

Eight months ago, “La Caramelo” left Ecuador, after the murder of her boyfriend Efraín Ruales, to arrive in the United States with her teenage son. Jaramillo confesses that emigrating is a decision he does not regret and if he had to choose again, he would do it without thinking about it, despite the fact that at the time, traveling to the North American country was “quite reflexive”. decision.

“Change is difficult, hard, but I have a son that I have to keep fighting for. Mainly (this change) is for him”

For Alejandra Jaramillo, adaptation has been a process

Her great friend Henry, who arrived in Miami by surprise, asked her what was the most difficult change she had to face and she answered without thinking “to cook”. They both burst out laughing and Alejandra went on to say “Housework is one of the most abrupt changes, because in Ecuador it’s easy to have someone to help you.”

“I had to take charge of my life in every way. Although very independent, I always had the support of my parents or any other additional support. However, here in the United States, I have realized that I am able to do all of this and more.

Enjoy all stages with your teenager

One of the reasons that pushed Alejandra to leave was to give her son the opportunity to study in a school in the United States to learn English. The model, too, has always made it clear that being a young mother marked her life, but it was not an obstacle to achieving her dreams and working to give the best to her firstborn.

The Ecuadorian presenter also confessed that she appreciates being able to spend 24 hours a day sharing with her son. “In Ecuador, Sebas used to visit his father on weekends, but here he is always with me and I thank God for that.”

Job offers are “step by step”

Just as adjusting to being a housewife and full-time mother was a process, so is returning to the screens. Jaramillo has indicated that she is ready to knock on doors, even if everything is new.

“Here, everything is new. In Ecuador, we get used to everyone knowing who we are and that’s why doors open easily. But here, it’s not like that and you have to go little by little and accept that the doors will not always open.

Meanwhile, in his beloved television house, they are still waiting for him. Henry Bustamante remarked that producer Betty Mata messaged Jaramillo saying “with one call he has the space at Ecuavisa”.

Does not plan to return to live in Ecuador

“Not to live, but to work”were the words of the former presenter of Ecuavisa, assuring that in the near future she does not plan to set foot in Ecuador again, but in the long term.

“At the moment I’m not planning to go to Ecuador, I’m not denying the possibility, maybe in the future, next year, due to work issues. And I’ll be happy to come back. “

Henry asked his former partner if she was happy, to which she stopped and replied very calmly that she was trying to build her happiness every day.

“I try to build happiness every day, with moments, laughter, beautiful memories. I am not in search of constant happiness, but I try day after day, through small moments, to to profit from”

She assured that, for her, happiness is to be serene and at peace “knowing that I go to bed every night giving the best of myself”. At the same time, he expressed “God knows the desires of my heart, only he knows how I feel and that I try to give 100% of myself. I also get to know a version of myself that I did not know. (he understands that) God knows where he puts us and the doors that open and why others close”

To end the first part of the interview he granted to In touchAlejandra said she defines the new version of herself as a dreamer, a fighter and also a a woman who sometimes breaks and who finds it difficult to continue “but I know that bad times don’t last forever”.

- Advertisement -
Share
Facebook
Twitter
Pinterest
WhatsApp
Previous articleLaporta: “I’m not a player, I take calculated risks”
Next articleThe United Nations announces a commission of inquiry into the attack on a Ukrainian prison in Elenovka