Will the Russo-Ukrainian war cast a shadow over Libya? .. Experts respond 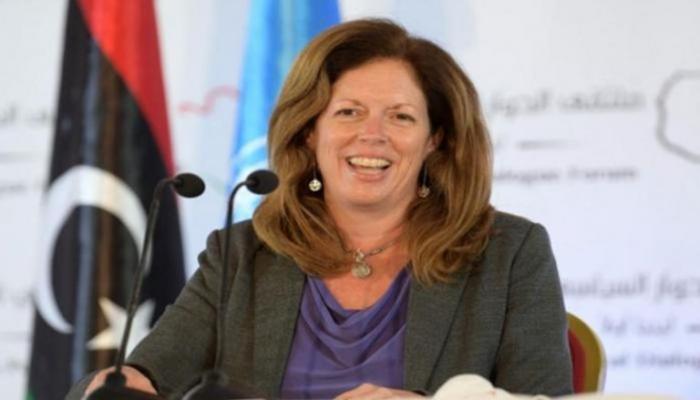 The Russo-Ukrainian war has raised many questions about its possible impact on the situation in Libya and fears of a return to conflict.

Fear dominates the Libyan political scene that the Russo-Ukrainian war will cast a dark shadow over the country’s political, economic and security conditions, especially when it comes to migration, energy and security issues.

Libyan analysts and politicians expected Russia to push to replace the current UN Secretary-General’s Special Adviser on Libya, Stephanie Williams, and to appoint a new head of the UN Support Mission in Libya.

Moscow is also expected to continue undermining the current Western political process in Libya, by insisting on a new and more comprehensive process, to bring supporters of the old regime to the main seats at the negotiating table, according to Libyan experts.

Libyan political analyst Dr. Kamel Al-Marash said that Russia does not seek to open new fronts against the West, but at the same time it will not allow Europe or even the United States to impose a solution on Libya at the expense of its interests. .

Al-Marash added, speaking to “Al-Ain Al-Akhbar”, that this means that he will not initiate pressure on Europe unless the US and Europe try to end any role he has in Libya.

He noted that Russia will seek to maintain the status quo in Libya until the Ukraine crisis is over, and this also requires the United States and Europe to maintain the situation in Libya and not risk permanently excluding Russia from the Libyan file.

Regarding the role of oil and the pressure on Russia, the Libyan analyst stated that Libya will not be able to increase its production due to the difficulties that production operations are experiencing due to the state of the oil fields that need to inject huge funds to develop them. that will not be available two years ago, according to some technical studies.

And the last important file, according to the Libyan political scientist, is the formation of the UN mission, who confirmed that he will be left without a president because agreeing on any person now within the UN Security Council is an impossible matter, and there may be an agreement to extend the work of the mission for another 6 months.

He pointed out that this plays in favor of Stephanie Williams remaining in the position of Advisor to the Secretary General of the United Nations, as an emergency position that the Secretary General took due to the lack of consensus within the Security Council, which pushes the Libya crisis to remain unchanged, and the United States continues to manage the crisis and trying to control affairs in Libya and the survival of the Libyan crisis There is no government in Tripoli under Western hegemony.

He agreed with Dr. Youssef Al-Farsi, Professor of Political Science and Head of the Department of Political Science, Faculty of Economics, University of Derna, Libya, who said that the UN envoy theme would show the dispute between the international force.

Al-Farsi made it clear in statements to “Al-Ain News” that the Security Council plans to extend the mission of the United Nations Support Mission in Libya at the end of next April, and therefore the Secretary-General must present the names of their candidates before this date to deliberate on them.

He added that the situation in Libya is linked to the crisis in Ukraine, and international positions will now be subject to haggling and negotiation, and trying to achieve gains on one side, in exchange for concessions in another region.

The Libyan political science professor expected the attempt to “freeze this file” to continue, referring to the possibility of extending the UN mission in April without agreement on who would take over as UN envoy, provided Williams continued with your mission. as a special adviser, without Russian or Chinese recognition of that.

He stressed that Libya is a great concern for Europe, especially on the issue of migration or the spread of terrorism, given its proximity to the Mediterranean coast.

The United States prefers to assign US diplomat Stephanie Williams to the post, as she previously served as acting head of mission, and is currently working as a special adviser to Guterres in Libya, which Russia fiercely opposes.

While the African Union is pushing for an African selection for this post, which they actually sought after the resignation of former envoy Ghassan Salame, but was unsuccessful at the time; Faced with Washington’s refusal, today Moscow and Beijing firmly support the proposal.