Will the fallout from the Ukraine war help the electric car make a breakthrough? 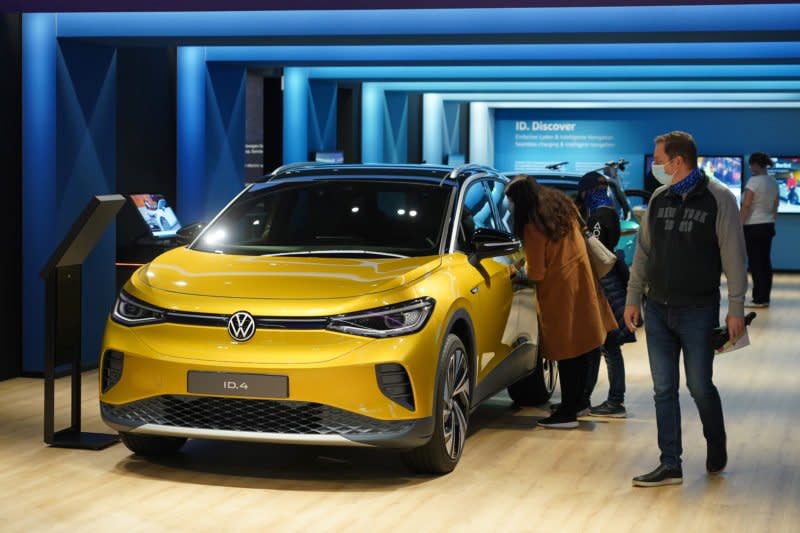 Nowhere else do you feel the economic consequences of the Ukraine war and the sanctions against Russia with such concentrated force as at the gas station. Both the price of the Super 95 and the diesel have increased by 30 percent in a week. In many places, a liter now costs more than 2.30 euros.

Due to high fuel costs, it stands to reason that many drivers will prefer to switch to a purely electric car.

According to a survey by the digital association Bitkom, conducted between mid-January and mid-February and involving around 1,000 drivers of all ages, ten percent of German households would like to replace their car with a combustion engine with purely electric car in the next two years. After the fuel price explosion of the last two weeks, the interest of the population should have grown significantly again.

But nothing is likely to come of the dream of smooth, short-term change. At least not if you want to buy a brand new electric car from the factory. For the most part, automakers still suffer from a lack of semiconductors, leading to long lead times.

Comparatively affordable vehicles like the VW ID.3 are particularly affected. Parent company Volkswagen prefers to install the available chips in expensive high-end models like the Porsche Taycan to keep profits as high as possible.

Currently, customers have to wait up to a year to get more popular electric vehicles, such as the VW ID.4 or the Audi Q4 e-tron. The Russian invasion has further exacerbated production difficulties.

It’s not just the lack of semiconductors.

There is now an additional lack of cable harnesses, which are normally made by suppliers from Western Europe and Asia in Ukraine. This bottleneck, which affects such an important component, causes new production stops at car manufacturers and delays in the delivery of vehicles that have already been ordered.

Furthermore, electric cars are likely to become even more expensive. In addition to gas and oil, another commodity has skyrocketed in price as a result of the war. Not long ago, manufacturers like Tesla and Mercedes prided themselves on having been able to significantly reduce the proportion of the ethically problematic raw material cobalt in their cell chemistry. Instead, significantly more nickel is used in the latest generation of lithium-ion battery storage systems. Depending on the model, the proportion is up to 80 percent.

The price of nickel has skyrocketed

And this is exactly what is becoming a problem now. After economic sanctions against Russia took effect, the price of the metal, which cost an average of $18,500 per tonne in 2021, briefly spiked by a full 400 percent to more than $100,000. The largest country in the world is also one of the most important exporters of the metal. The LME metals exchange even stopped trading the commodity indefinitely due to the price turmoil.

Due to the increase in value, the production costs of electricity storage have increased enormously in a few days. With no improvement in sight in sight, at least in the short term, automakers are already tightening the screw on prices. Tesla has started in the US and has already increased the prices of the Model 3 Long Range and Model Y by $1,000 each.

Even under normal circumstances, electric cars are in most cases more expensive than comparable vehicles with combustion engines due to their batteries, which alone account for about 40 percent of the entire vehicle value chain. Even if the state innovation premium of up to 9,500 euros makes battery-powered cars much more attractive in price, they are still not affordable for everyone.

With electric city cars like the VW e-Up you can get a bargain, but if you want an electric car that is totally suitable for families and long-distance trips, you have to put more than 20,000 euros on the table even afterwards. deducting the generous subsidy. For people who are really suffering financially from today’s horrendous fuel prices, that might be too much money. Buying a second-hand electric car is not always an alternative either, since the supply of second-hand cars on the market is still quite small.

While electric cars have a clear advantage over combustion engines when it comes to maintenance and upkeep costs, the charging current price curve has risen significantly since last year. After capturing new customers with low rates in the first phase of electric mobility, charging point operators have increased prices significantly in recent months in order to finally cover their costs. At EnBW, the price increase per kilowatt hour was eight cents.

At one of Ionity’s fast-charging stations, which are particularly useful for longer highway trips, you now pay 79 cents per kWh without a monthly subscription. If you have to charge frequently, it is worth the so-called frequent charging fees of many providers, which are associated with a basic monthly fee, but significantly reduce the price per kWh.

All in all, charging electric cars is still cheaper in most cases than refueling with gasoline or diesel, but the time for bargains has also come to an end. The current energy crisis is likely to reinforce this trend. Electric car owners who can generate their charging current themselves at home using solar and wind power should be even happier. After all, they can offset the higher acquisition costs of their vehicles much more quickly.

Long-term rather than short-term consequences

According to Stefan Bratzel, director of the Center for Automotive Management in Bergisch Gladbach, the recent explosion in fossil fuel prices has had an impact on the purchasing behavior of motorists. “High fuel prices send the signal that alternatives must be sought. They will intensify the discussion about electric cars again, ”says the car expert. As everyone can see the high prices at gas stations and in the media, the issue would become even more visible to people.

“But when people find out about electric cars, they face very long lead times. When it comes to buying a new car or when a lease expires, people are reluctant to wait a year or a year and a half. for his new car. That, of course, dampens the idea of ​​change a little bit,” Bratzel told Business Insider.

“The share of electric cars in new registrations will not suddenly skyrocket by ten percent because the vehicles are simply not available. Overall, however, I think current developments are increasing the importance of electric mobility,” the result . automotive analyst.