Will the asteroid Abu Vis survive when it meets Earth after 7 years? 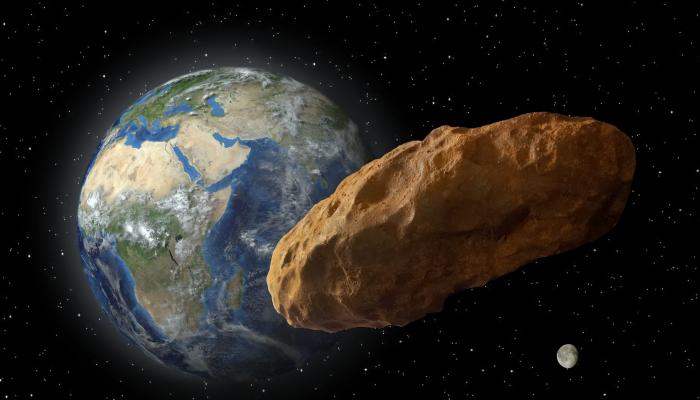 A joint study between the Carlos III University of Madrid and the Brazilian state of Paulista raises the possibility of the decomposition of a large part of the surface of the asteroid “Apofis” when it approaches Earth in 2029.

Apophis was discovered in 2004 and has since been observed due to its classification as a Potentially Hazardous Asteroid (PHA), with initial estimates that it would have a 2% chance of reaching Earth, but this possibility has been ruled out.

According to the latest measurements, Apophis will reach its closest path to Earth (38,000 km) on April 13, 2029, but what will happen on this approach?

During the study, published in the March issue of Monthly Notices of the Royal Astronomical Society, the physical properties of this celestial body and the potential effects of its upcoming moments, some of which may not be in favor of the asteroid, were analyzed.

Research in the space sector presents the challenge that, in most cases, it is impossible to carry out direct experimentation with space materials, therefore, much research is carried out from the field of mathematics and physics, taking into account as many variables as possible. .

The research team responsible for this study analyzed the physical aspects of the asteroid, including its shape and the characteristics of its gravitational field, as well as factors that can affect its trajectory and angle of inclination, such as radiation pressure or turbulence due to its proximity to Earth.

To carry out this research, the team performed a set of numerical simulations, using two simulated environments with three experimental states each, using as a sample a disk of 15,000 particles of different sizes in the environment near Apophis, and the goal was to try to predict how particles orbiting the asteroid interact with different situations and how these assumptions might affect Apophis’ behavior. 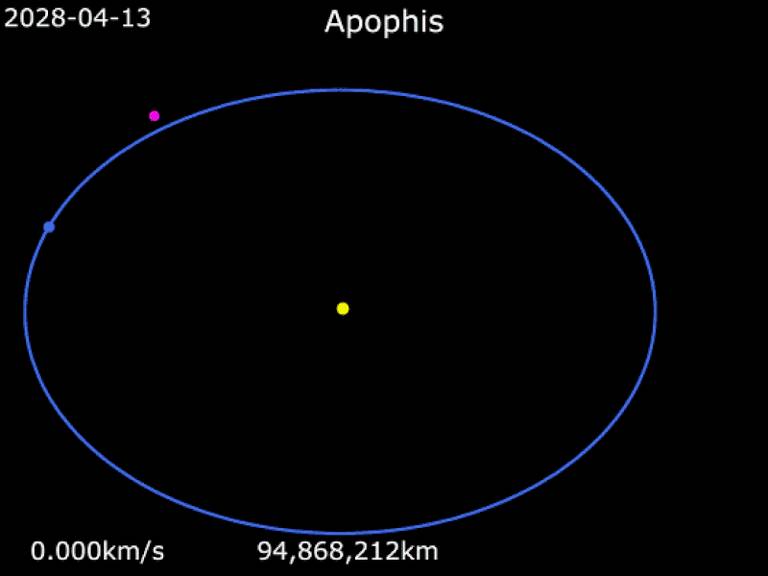 The first set of simulations was designed considering only the gravitational perturbation of Apophis at 24-hour intervals over a 30-year period.

The second set of simulations included turbulence caused by solar radiation pressure. Three cases were proposed in both groups, where the asteroid had a different density.

“We evaluated a 340-meter polyhedron with uniform densities in three different cases, and in each case, the starting point was different particle densities, from highest to lowest,” says study co-author Gabriel Borderris Motta.

From the simulations it was concluded that the angle of inclination of the asteroid was greater at low density (4 degrees) than at high density (2 degrees), in addition, the lower the particle density and the higher the solar radiation pressure, the greater the fewer particles that remained intact. .

In other words, in a low-density Apophis scenario, approximately 90% of the loose stones would be removed from its surface during approach to Earth, furthermore, the results showed that Apophis approach could slightly affect the tides and cause some landslides on the surface of the asteroid.

The team hopes that the asteroid’s approach to Earth in 2029 will be an opportunity to improve the 3D model used in space simulations, as well as to investigate and predict impacts on Apophis’s surface with greater precision, all of which means greater knowledge. on asteroids, allowing us to be better prepared in case new celestial bodies pass close to Earth.